I tell my family I’m fine, but I’m not: Indian student stuck in Ukraine 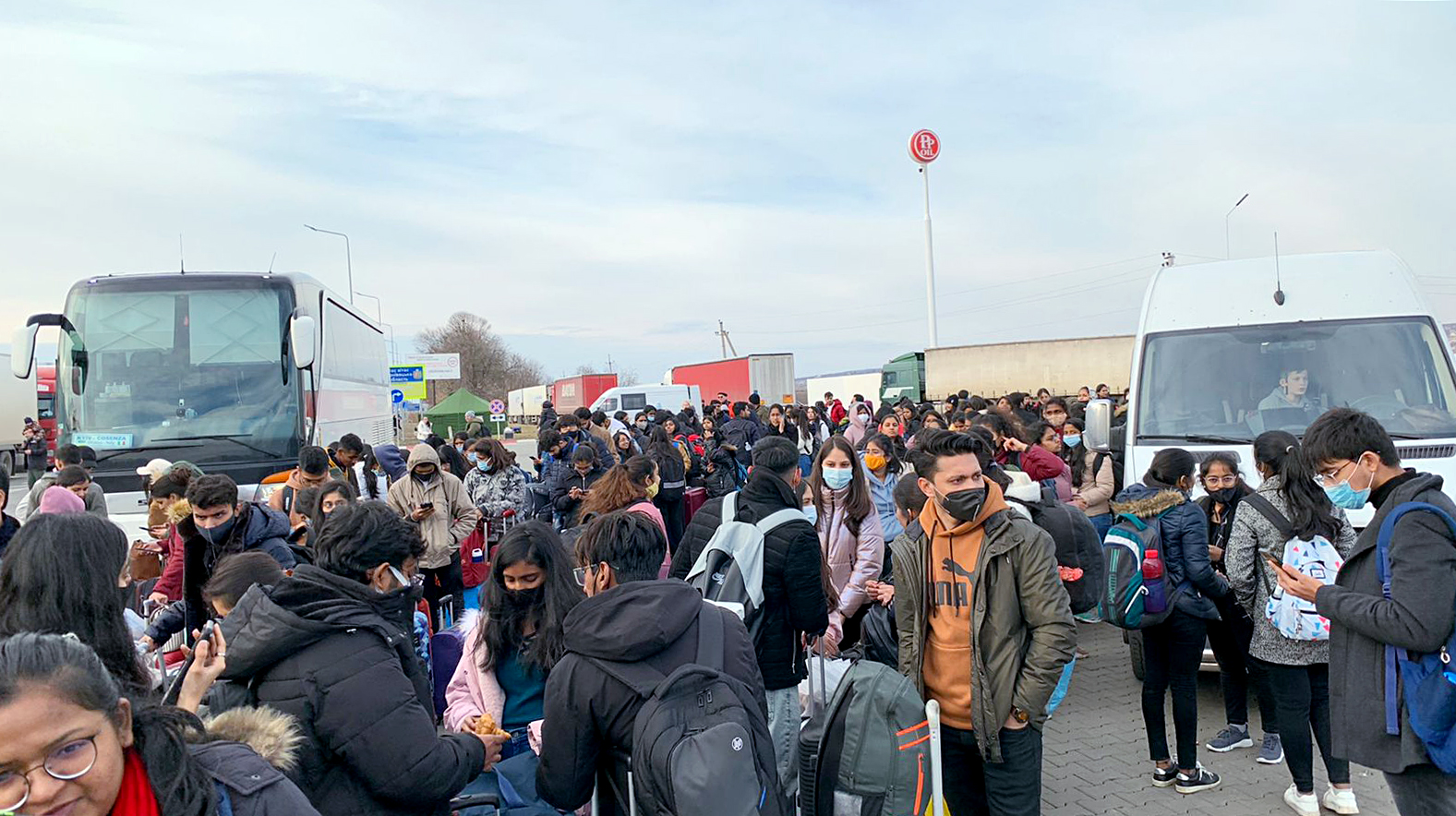 INDIAN students in Ukraine have spoken of their despair as they hope to make their way out of the country following the military attack by Russia.

It is estimated that some 16,000 Indians are currently stuck in Ukraine; New Delhi is making arrangements to evacuate them from the border regions as Ukraine’s airspace is shut.

Prabhas Kumar, a medical student from Uttar Pradesh’s Jaunpur district, said, “I don’t feel like talking. I have posted a status on my Whatsapp that says, ‘I’m fine’, although I’m not.”

Prabhas, a fourth-year MBBS (medicine) student at the Kharkiv National Medical University, is among many students from India stranded in Ukraine.

The students said they tried to find space in bomb shelters built by the local government, but said those were “too crowded” so they returned to their university hostel.

They hope to be evacuated by the Indian government or want to be shifted to “nearby, safer” countries such as Romania, Poland, Hungary.

Several Indian students who could afford the expensive airfares left Ukraine for India, while others were left to fend for themselves in the face of what they said are “exorbitant” airline fares.

Prabhas, his college mates Kuldeep Kumar from Unnao, Vishal Yadav from Varanasi and Abhinav Patel, all aged between 22 and 24 years, are stuck in Ukraine after flight services stopped on Thursday (24).

In a telephone interview, Prabhas said, “My father is in government service. I’m not upper-class. Rs 65,000 (£650) for a one-way flight is not reasonable. Had it been cheaper, this situation would not have arisen.

“It was a similar situation during the Covid-19 pandemic. Airlines like Fly Dubai, Turkish Airlines, Air Arabia, etc had cheaper tickets. I went home during the winter break and the return fare was Rs 44,000 (£440), but now it’s Rs 65,000 for one way.”

Prabhas, who lived in a joint family in Jaunpur, said he gets phone calls from his loved ones and has to keep repeating to everyone that “I’m fine” even as there is uncertainty over his immediate future in Ukraine.

“Sometimes, I don’t even feel like talking to them,” Prabhas added.

Abhinav Patel, who is in his fourth-year of medicine, said students could have left Ukraine earlier had they got flights at “reasonable” rates.

“Those with money left (for their homes). Not everyone who is studying here is rich. They have somehow managed resources and come to study here. The (Indian) government should help us. We are worried, our parents are worried,” Patel, from Lucknow, said.

Kuldeep Kumar, from Unnao, said under normal circumstances, a return fare from Ukraine to Delhi costs around Rs 25,000, but that the fare shot up just ahead of the Russia-Ukraine conflict.

“The cost of a one-way Air India ticket was $800. One way. Students were shocked. Some managed to book Qatar Airways flights at relatively cheaper rates, but then on February 24 we got to know that all flights have been cancelled,” he said.

Kuldeep, who is also a fourth-year MBBS student, said there are around 1,500 Indian medical students in his university alone and urged the government to evacuate them or facilitate their entry to nearby, safer countries.

“Many students from other countries like Morocco, Jordan, Isreal and other Middle East nations have moved to nearby Romania, Poland, Hungary. We urge our government either evacuate us or facilitate our entry to a safer country,” he said.

The Uttar Pradesh government on Friday (25) set up a dedicated helpline centre for people and students from the state who are stuck in Ukraine.

Or email [email protected], according to the UP government.