HOW do people become us? This could be the key question of our age.

Questions of identity have reshaped democratic politics around the world, threatening to make “us versus them” the key political and social dividing line. To challenge that polarising trend will require more confidence in how our response to rising ethnic and social diversity can strengthen our sense of what we share.

Citizenship is one of the most powerful exam­ples, practically and symbolically, of how this can work. It is no coincidence that those societies which have invested most energy in a strong sense of civic citizenship – including Canada, Australia and America, before US president Donald Trump, at least – have tended to generate more confidence that they have a modern, multi-ethnic national identity. Those who choose to become British ex­emplify the civic idea of a “new us”, as citizenship forges common bonds between new citizens and the society they have joined.

Yet a new report, published last week, sets out how citizenship has been a neglected area of policy in Britain. The inquiry was chaired by the Con­servative MP Alberto Costa, whose parents came from Italy to settle in Scotland in the 1960s. Having been central to the cross-party push in parliament to protect the status of Europeans in Britain from the turbulence of Brexit negotiations, Costa believes that a broader agenda for citizenship would command a broad consensus too.

The potential for consensus is exemplified in the breadth of the membership of the inquiry, for which British Future acted as secretariat. Fraser Nelson, editor of the Spectator magazine, a job once held by prime minister Boris Johnson, believes adopting these proposals would send the right message about Global Britain at home and abroad – “that we are proud of our island story and welcome those who wish to be part of it”. Fellow panellist Satbir Singh, director of the Joint Council for the Welfare of Immigration, believes the inquiry’s constructive reforms could have a transformative impact

The inquiry sets out that there are too many bar­riers to Britishness. The cost of British citizenship is by far the highest in the western world. Indeed, one could take out citizenship in America, Canada, Australia and France combined for less than the £1,330 cost per applicant in the UK. That is almost four times as much as the cost to the Home Office of processing an application. It leaves a family of four with a bill of almost £6,000, before legal fees.

The eligibility rules are unnecessarily complex, creating many hurdles and barriers for many chil­dren born in Britain, or who came here as young children. The inquiry proposes that citizenship by registration should be free of change.

Citizenship is meaningful, but we do not make it special by creating unnecessary hurdles. If we want to welcome people becoming British, then the citi­zenship process should not be so complicated that most people can’t apply without a lawyer. The in­quiry’s proposals advance many of the key civic society priorities for change on citizenship in ways that can secure broad support.

The research for the inquiry brought together naturalised citizens and British-born citizens in Southampton and Edinburgh to talk about what should change. There was a strong consensus that the fees should be reduced, especially for children, and that the Life in the UK citizenship test would work better if it asked applicants to learn things that their fellow citizens might actually know too. The inquiry proposes a new ‘Learning English’ Freeview channel that could also include historic and cul­tural programmes relevant to the citizenship test.

Some British-born participants, unsure of the point of citizenship ceremonies, found themselves persuaded by new citizens that these felt important – a celebratory moment after a long journey to be­coming British. The inquiry proposes that more should be done to celebrate citizenship ceremo­nies, with local events in iconic locations, such as parliament, Edinburgh Castle or Old Trafford. An annual high-profile citizenship ceremony attended by the Queen and prime minister could also see honorary citizenship awarded for outstanding con­tributions, such as those involved in developing the Oxford Covid vaccine.

Immigration was a key factor in the EU referen­dum vote and almost five years later, the last-ditch trade talks capture how Brexit itself still divides opinion. Yet Britain’s immigration debate has moved on – with a big drop in public salience and a positive shift in attitudes. So those who disagreed on EU free movement have welcomed the govern­ment’s proposals to liberalise non-EU immigration for students and skilled workers in the new post-Brexit system.

Yet, the debate about immigration and integra­tion is not just about who comes to our country, but what happens afterwards. When those who have decided that Britain is their home want to become British after five years, we should encourage and welcome that, and remove unnecessary hurdles from that process.

It is time to act on the common ground consen­sus for citizenship. 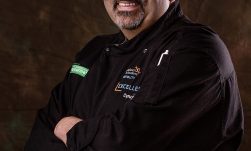