How Does Xamarin Compare with Android and iOS App Development?

Today, app development has moved beyond the mere logic of coding, particularly with all kinds of businesses and commercial houses leveraging mobile apps to reach out to their target audience. Developers have embraced a more prudent approach of Android and iOS app development where the focus, apart from the UI/UX and functionalities, also lies on economical & rapid development and easy maintenance. Hence, the practice of cross-platform app development came into being where the codes built for one platform (say Android) are used on other platforms (say iOS, Tizen, etc.). Microsoft-owned Xamarin is perhaps the most popular cross-platform app building tool that offers user-friendly features to create cross-platform apps on par with native apps (apps developed for a single platform) in terms of reliability, performance, and user experience.

Faster development: Since businesses want the shortest app development cycle, they use Xamarin that allows the use of over 90% of the code across all platforms, facilitating rapid development. On the flipside, native Android and iOS app development are platform-sensitive and require the developers to build different codes for each platform, contributing to the rising costs and time.

Code-sharing across platforms: In native development, codes are optimized for a particular platform and they cannot be used elsewhere. Xamarin uses C# for writing app logic and allows around 90% of that code to be reused on other platforms. This not only makes it more convenient for the developers but also reduces the management tasks of project managers and team leaders who are assured of high-quality cross-platform apps.

High performance: Xamarin offers special UI and UX design tools to build high-quality apps that deliver experiences very close to that of natively-built apps. Also, there are no hardware compatibility issues of the apps owing to the tool’s plugins & specific APIs. It can link with native libraries to facilitate native-level functionalities and special customizations. Since Xamarin supports all libraries, it gets easier for developers to make the code target simple.

Open-source technology and complete development environment – Xamarin SDK, including command-line tools and libraries, is an open-source tool available for all with the MIT license as part of Visual Studio. The apps built on Xamarin are easy to maintain since changes and updates can be deployed to the source file from which they are applied to the iOS/ Android app. For better results, Xamarin supports platform-specific modules for PayPal, Google Pay, Google Analytics, and other services.

Xamarin offers a complete development toolset package that includes its IDE. The tool includes Xamarin SDKs and its testing, distribution, and analytics platforms along with many other handy features. The toolkit is free and hence there’s no need for purchasing or licensing more tools or integrations with third-party apps. Owing to these features and benefits, Xamarin emerges as the ideal replacement of Android and iOS app development which is usually resource-intensive and involves long development cycles.

Uncategorized
Who is in the box seat to win this year’s US Presidential election? 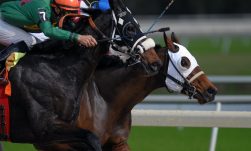 Uncategorized
In Which Countries is Horse Racing Most Popular?