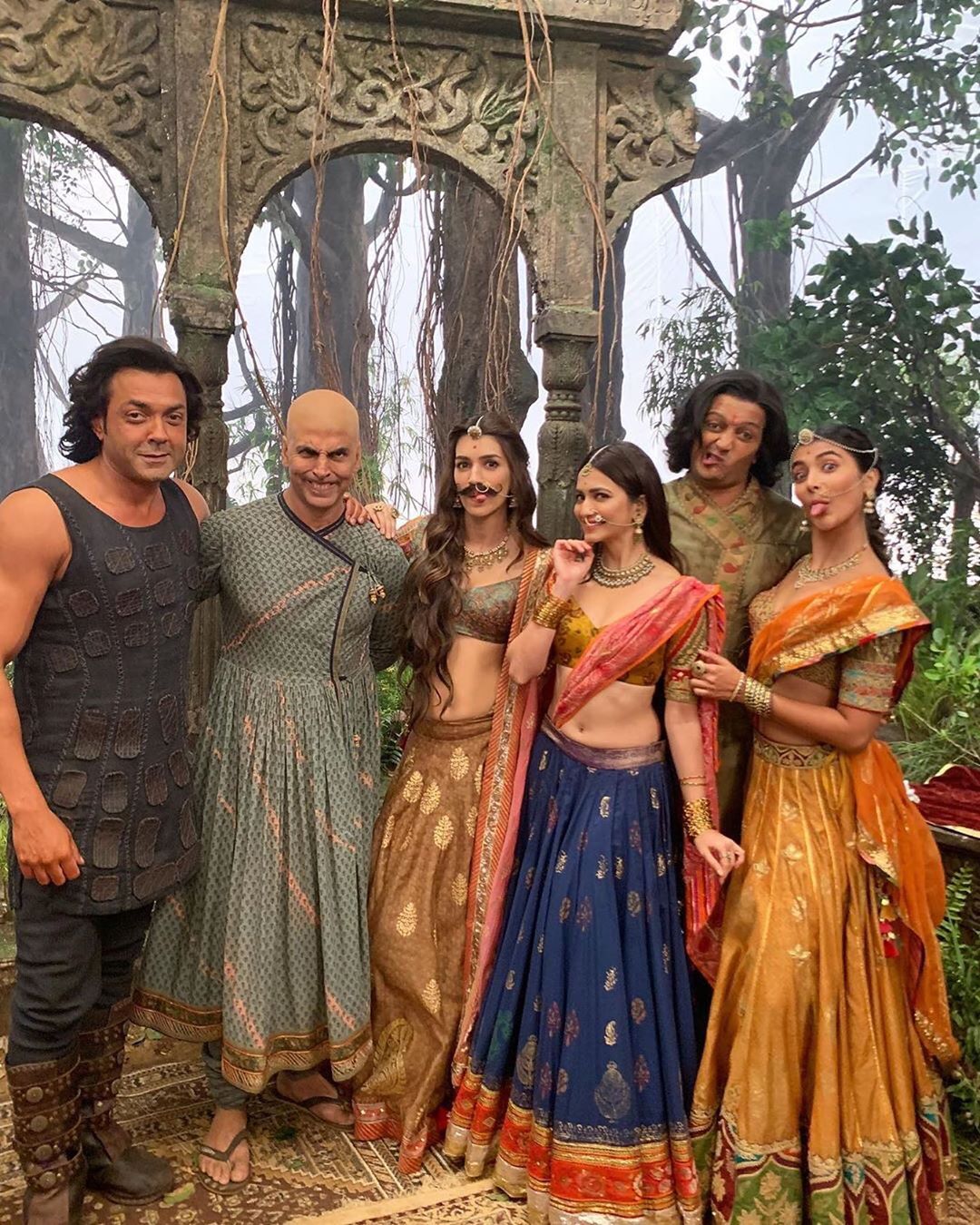 The primary cast of Housefull 4

Starring Akshay Kumar, Riteish Deshmukh, Bobby Deol, Kriti Sanon, Kriti Kharbanda and Pooja Hegde in prominent roles, the much-awaited Bollywood biggie Housefull 4 is off to a decent start at the domestic box-office. The movie, which hit the marquee on 25th October, minted Rs. 19.08 crores on the day of its release.

Helmed by Farhad Samji and produced by Sajid Nadiadwala under the banner of Nadiadwala Grandson Entertainment, the comic-caper opened to mixed response from critics. However, the audience gave a thumps up to the film, which resulted in a decent opening of Rs. 19.08 crores at the cash counter.

A trade website reports that the opening day collection of the film is slightly lower than expected, attributing it to the pre-Diwali festivities. “The film did slow in the evening due to pre-Diwali but still is the second highest opening ever for a comedy film and the highest opening for the Housefull franchise despite pre-Diwali,” says the report.

As the title suggests itself, Housefull 4 is the fourth instalment of the highly successful comedy film franchise Housefull, produced by Sajid Nadiadwala. The first instalment of the series made its entry into theatres in 2010 and raked in a little over Rs. 9 crores on the opening day.

The second part of the series, Housefull 2, hit the silver screen in 2012 and recorded an opening of Rs. 12 crores at the box-office. And Housefull 3, which arrived in cinemas in 2016, garnered Rs. 15 crores on the day of its release.

“The gains each instalment has made are in the 20-30% range, though in terms of lifetime business Housefull 2 remains the best one as Housefull 3 fell a little short of Housefull 2 despite a better start,” reports the trade website.

The business of the film after all Diwali festivities get over is crucial. It will be interesting to see how the film fares afterwards. Will it be another Rs. 200 crore film for superstar Akshay Kumar after Mission Mangal (2019).