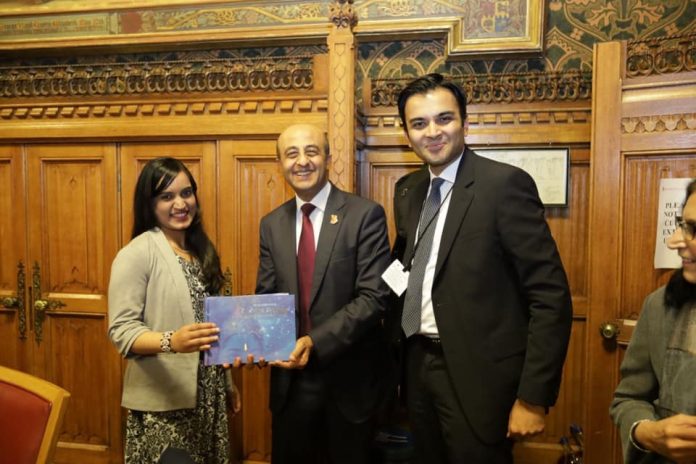 NINE speakers belonging to a Hindu spiritual organisation created history on November 5
with the first ever recital of the Devi Mahatamaya in Parliament.

Hosted by Lord Jitesh Gadhia and attended by Baroness Prashar and Baroness Verma, the
event by spiritual organisation Shyam involved two hours of talks on Devi Mahatmaya and
the symbolism of Maa Kali, Maa Lakshmi and Maa Saraswati. This is also the first time that
Diwali was celebrated in the House of Lords.

Lord Gadhia spoke about the importance of deities in Indian culture and how they symbolise a set of ideals for human beings to aspire to.

On the importance of spreading spiritual teachings in society, Lord Gadhia said it works in
creating bridges between different cultures. He also recalled his experiences of celebrating
Diwali in Kenya and the UK, and noted the importance of preserving ancient yet modern
cultural and spiritual values.

Baroness Verma delved into the meaning behind the festival of Diwali and the uniqueness in Indian culture where the divine feminine form is worshipped and revered. She also praised the work of Indian prime minister Narendra Modi for empowering women.

Indian way of conflict avoidance is by dialogue, not by brute force: Modi