The graffiti calls for ‘death to India’ and compares Indian prime minister Narendra Modi to ‘Hitler’. 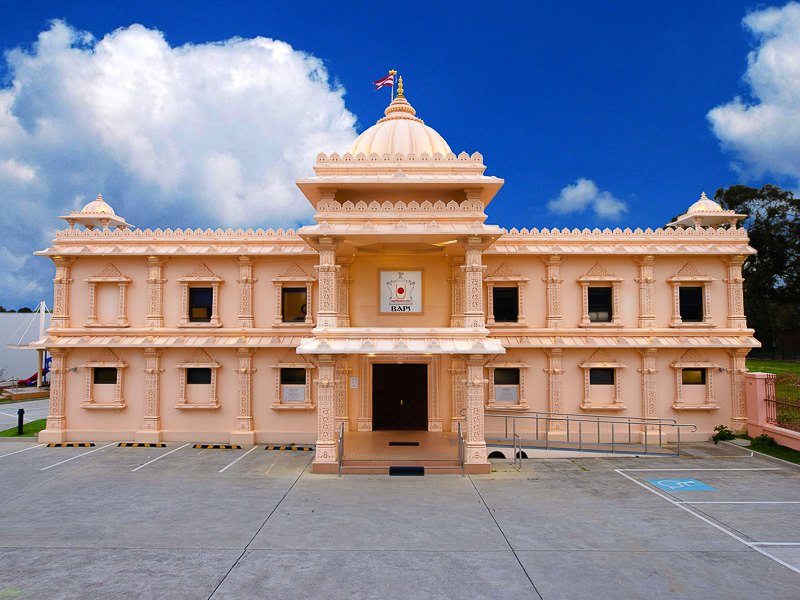 A Hindu temple in Australia has been vandalised apparently by Khalistan supporters in a global pattern of targeting the places of worship of the religious group.

The walls of the BAPS Swaminarayan Mandir in Melbourne were on Thursday found defaced with graffiti calling for ‘death to India’ and comparing Indian prime minister Narendra Modi to ‘Hitler’.

The vandals also defiled the temple with words praising the slain militant leader Bhindranwale who was responsible for the death of thousands of people in India.

A regular visitor to the temple in the city’s northern suburb told The Australia Today “all walls were coloured with graffiti of Khalistani hatred towards Hindus.”

He said he was “angry, scared and dismayed by the blatant display of religious hatred … by Khalistan supporters.”

BAPS Swaminarayan Sanstha, a global spiritual organisation that runs the temple, said it was “deeply saddened by the anti-India graffiti” written by “anti-social elements”.

It said in a statement that the temple “is an abode of peace, harmony, equality, selfless service, and universal Hindu values”.

It expressed gratitude to the governments of Australia and India as well as local community organisations “for their continued support.”

“BAPS Mandirs across Australia are symbols of a thriving multicultural society which nurture Australian values of respect, mateship and tolerance”, the statement said.

His Holiness Mahant Swami Maharaj, the spiritual leader of the Sanstha, prayed for peace and unity and appealed to all devotees and well-wishers to maintain peace, it said.

Lily D’Ambrosio, a minister in the Australian state of Victoria condemned the vandalism saying, “there is no place in our community for such attacks”.

She reached out to the temple to express her concern about the attack and hoped the authorities would bring those responsible to account.

She said: “Mandir is a very important site for worship across broader Melbourne and is used to host many events that grow a better understanding of the rich diversity of our community amongst all of us.”

The vandalism in Melbourne comes months after a similar desecration of a temple run by the Samstha in the Canadian city of Toronto.

A statue of Indian freedom movement hero Mahatma Gandhi which stood in front of a Hindu temple in New York was found destroyed in August last year.