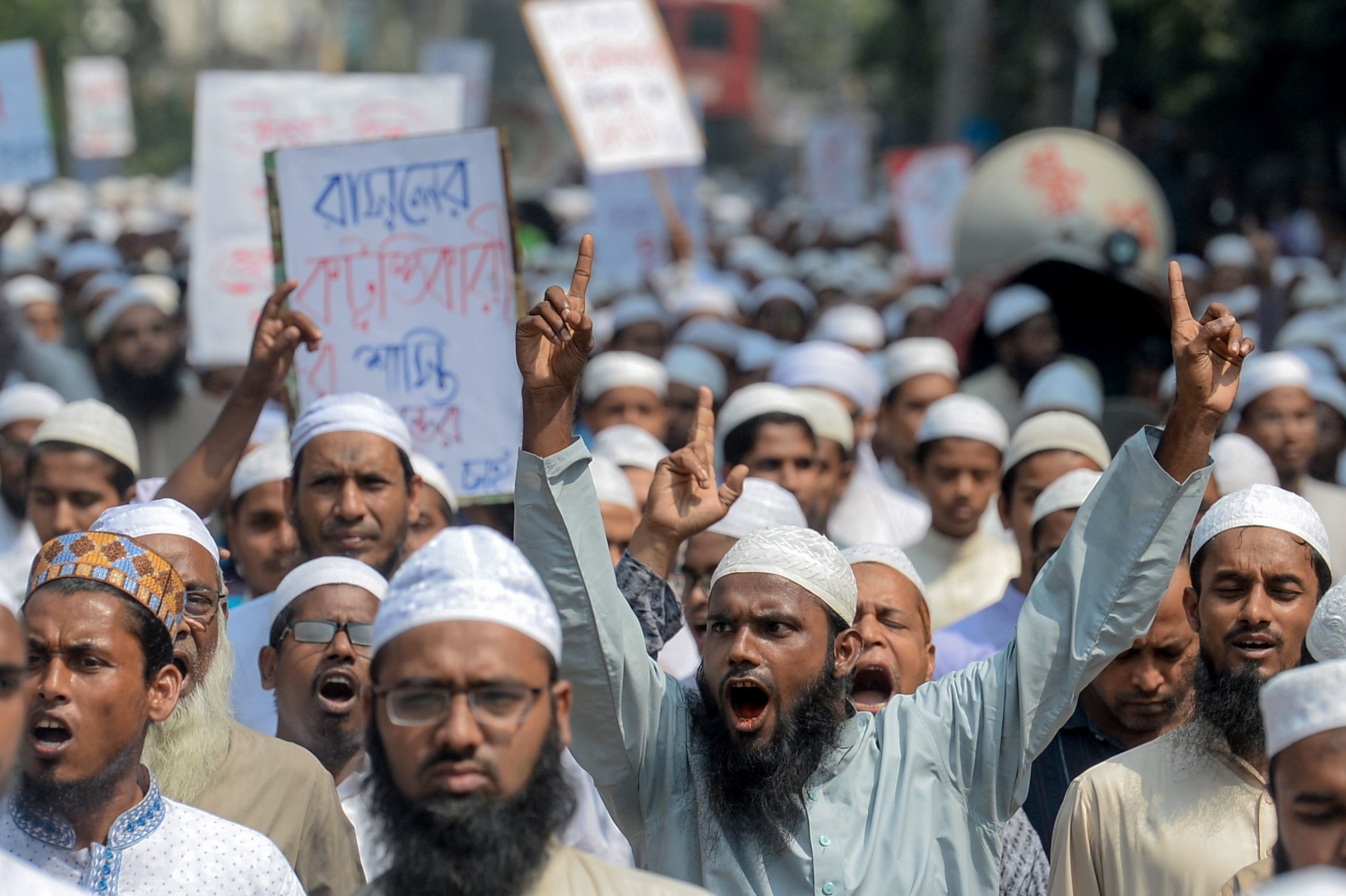 Islamist activists shout slogans as they take part in a protest in Dhaka on October 21, 2019, a day after deadly clashes when police shot at Bangladeshi Muslims protesting Facebook messages that allegedly defamed the Prophet Mohammed. (Photo by Munir UZ ZAMAN / AFP)

A Hindu has been jailed for seven years in Muslim-majority Bangladesh for insulting the Prophet Mohammed on Facebook, a prosecutor said on Thursday (17).

Although Bangladesh is officially secular, criticism of Islam is taboo in the conservative nation of 168 million people and violent protests have previously erupted over social media posts deemed blasphemous.

The offence falls under the country’s controversial internet laws.

“The judge of the cybercrime tribunal in Dhaka sentenced him to seven years in jail,” Shamim told AFP.

Last year four people were killed and nearly 50 injured after police fired on thousands of Muslims protesting against a Facebook post by another Hindu man.

He was charged with inciting religious tension in a case still being heard in court.

In 2016, angry Muslims attacked Hindu temples over a Facebook post they said mocked one of Islam’s holiest sites.

In 2012, meanwhile, Muslim mobs torched Buddhist monasteries, houses and shops in coastal Cox’s Bazar district after a photo of the Koran that was considered defamatory was posted online by a young Buddhist.