“He looks like a guy who has a cricket brain that is working all the time.” 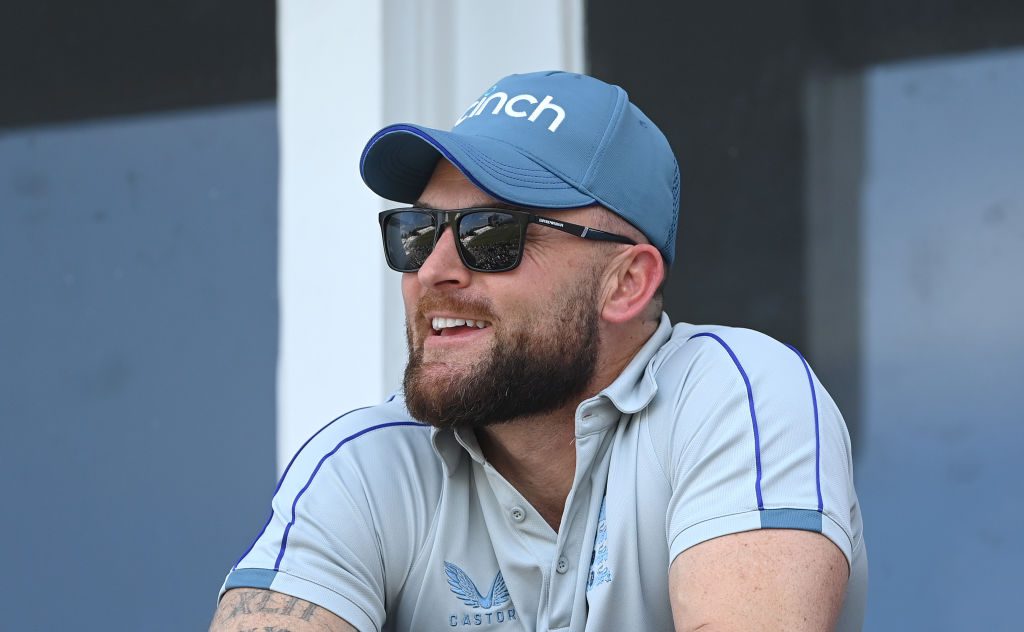 After registering a five-wicket win over New Zealand in the second Test of the three-match series, England pacer Stuart Broad lavished praise on his new head coach, Brendon McCullum and said that he already made an ‘impact’ in the team.

Jonny Bairstow and captain Ben Stokes shined for England with the bat, helping their side win the second Test against New Zealand by five wickets and clinch the three-match series on Tuesday. It was McCullum’s first assignment as the head coach of England’s men’s team, after his appointment in May 2022.

“There’s no doubt Baz (McCullum) has had an impact already. He was absolutely buzzing that we got 380 on day three. It didn’t matter how many wickets, it was the run rate. How good is that? 380 in a day, well-batted lads. It’s not just praising guys who get a hundred, it’s tiny little things, bits of fielding, and momentum changes in the game. He will bring attention to that,” said Broad as reported by ESPNcricinfo.

“He looks like a guy who has a cricket brain that is working all the time. He is thinking about how we can change the game. That doesn’t mean he’s saying ‘what about this or that’ every minute. I feel like he’s got an energy of not letting the game sit, where can we manoeuvre it to,” he added.

The pacer also said that McCullum had an agenda of ‘let’s attack the danger’ and that’s what charged up the players to give their best and go for the win.

“Baz’s team talk was very much ‘let’s attack the danger, let’s run towards the danger’ and every part of your mind is going for this win. Whoever is to come, the changing room has full belief that you can do your job to get the win. So it was never really a case of, if we lose one we might shut up shop. It was always we’re going to win. And if it doesn’t work, don’t worry about it, but we’re going to go for the win,” said Broad.

“But I didn’t quite expect to see what I saw from Jonny. It was the most outrageous hour I’ve seen in Test cricket from a partnership. Obviously, Headingley had incredible nerves. I felt sick watching that tight thing with Leach and Stokesy. But that was just exhilarating, astonishing. Trent Bridge giving out free tickets, I’m sure there were people in this ground who have never watched Test cricket before. How inspiring is that?” he added.

Coming to the second Test, it was a see-saw contest between the Kiwis and England. While mammoth 500-plus scores during the first innings of both sides suggested that the match could head to a draw, New Zealand ended up setting a challenging target of 299, which England chased down with five wickets and more than 20 overs to spare.

Chasing 299, England was not off a good start as they lost opener Zak Crawley for a duck a the score of 12. A 41-run stand between Ollie Pope and Alex Lees followed but the former gave away his wicket to pacer Matt Henry for 18, after he was caught by wicketkeeper Tom Blundell. Root, the hero of previous innings fell for just 3. Lees and Bairstow tried to build a stand before the former fell for 44, sinking England to 93/4 after he was dismissed by Southee.

From then on, Bairstow and captain Ben Stokes took the control of the game. They smashed Kiwi bowlers left and right. Bairstow was on another level altogether, completing his century in 77 balls, and achieving the fastest hundred in the fourth innings of the game.
The 179-run stand between the duo was broken by pacer Trent Boult, who dismissed Bairstow for an entertaining 136 off 92 consisting of 14 fours and seven sixes after he was caught by Blundell. However, Stokes carried on and won the game for his side, scoring 75 off 70 with 10 fours and four sixes. Wicketkeeper-batter Ben Foakes stayed unbeaten at 12.

Trent Boult was the pick of the bowlers for Kiwis, taking 3/94. Southee and Henry got a wicket each.