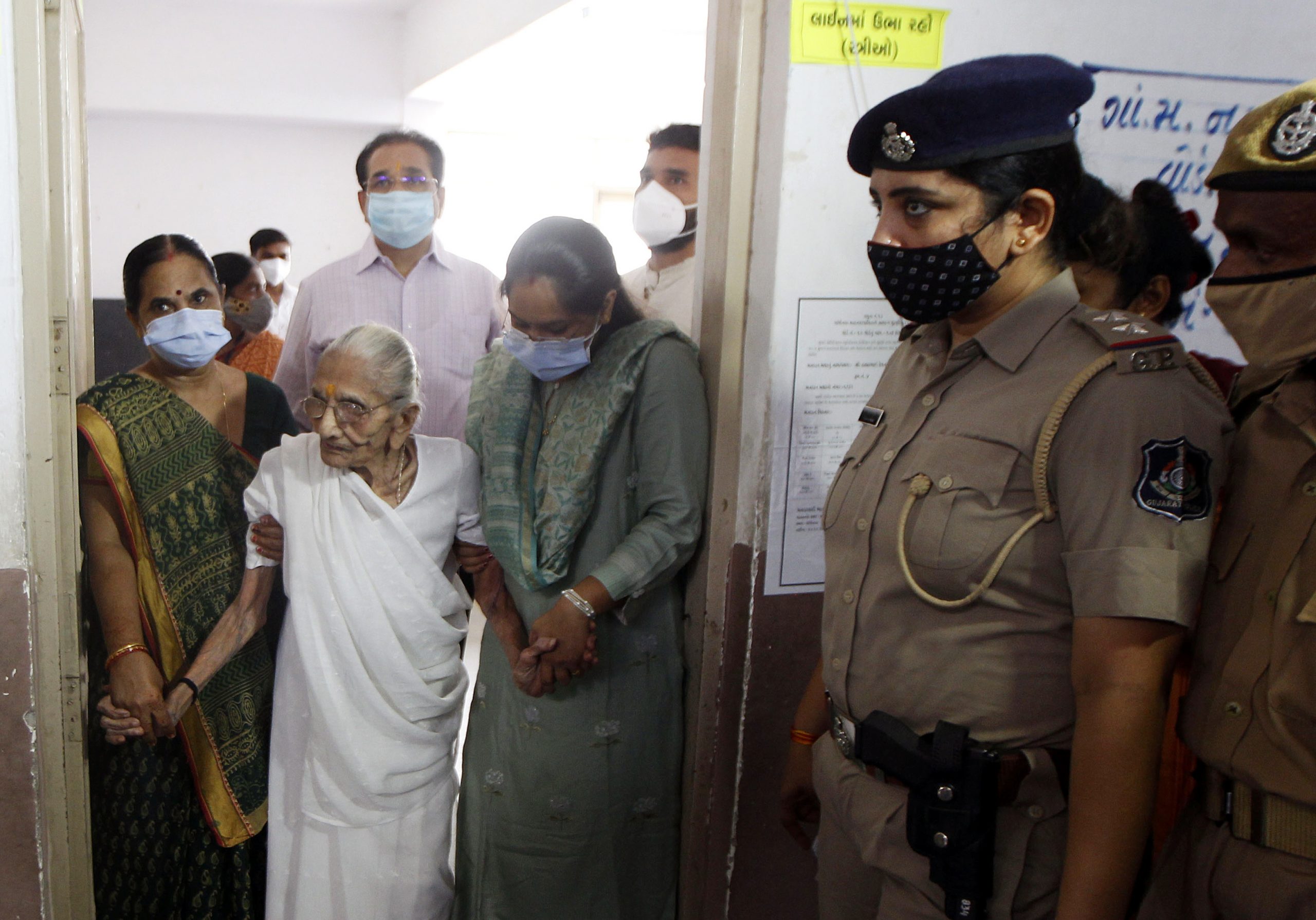 RULING BJP on Tuesday (5) registered a landslide victory in Gujarat’s Gandhinagar municipal corporation (GMC) elections by winning 41 seats out of 44.

Following the victory of the party, Prime Minister Narendra Modi expressed gratitude towards the people saying that it has reaffirmed the deep-rooted bond between the people of Gujarat and BJP.

“Results of the local body polls across Gujarat and Gandhinagar Municipal Corporation reaffirm the deep-rooted bond between the people of Gujarat and BJP. Gratitude to the people for repeatedly blessing us. Kudos to all @BJP4Gujarat Karyakartas for working hard at the grassroots,” Modi tweeted.

In GMC, BJP has won a majority for the first time in 10 years. Out of 44 seats in 11 wards of Mahanagar Palika, BJP has won 41 seats. While Congress has grabbed two seats, one seat has been taken by Aam Aadmi Party (AAP).

The AAP has contended the GMC elections in Gujarat for the first time.
This was the first major election after Bhupendra Patel took charge as the chief minister of Gujarat recently.

A total of 161 candidates contested the GMC poll, with the BJP and Congress fought in all 44 seats and the AAP in 40 seats.

In the GMC elections, five years ago, both Congress and BJP won 16 seats each. But Congress councillor Pravin Patel switched sides and helped the BJP come to power in the civic body.

The election was supposed to be held in April but postponed due to the pandemic.

Modi’s BJP had registered a thumping win in the local bodies polls held in February this year. The state assembly polls are due next year.

Elections were held to the Gandhinagar Municipal Corporation (GMC), three other municipalities in the state on Sunday (3) along with bypolls for 104 vacant seats of various other local bodies.