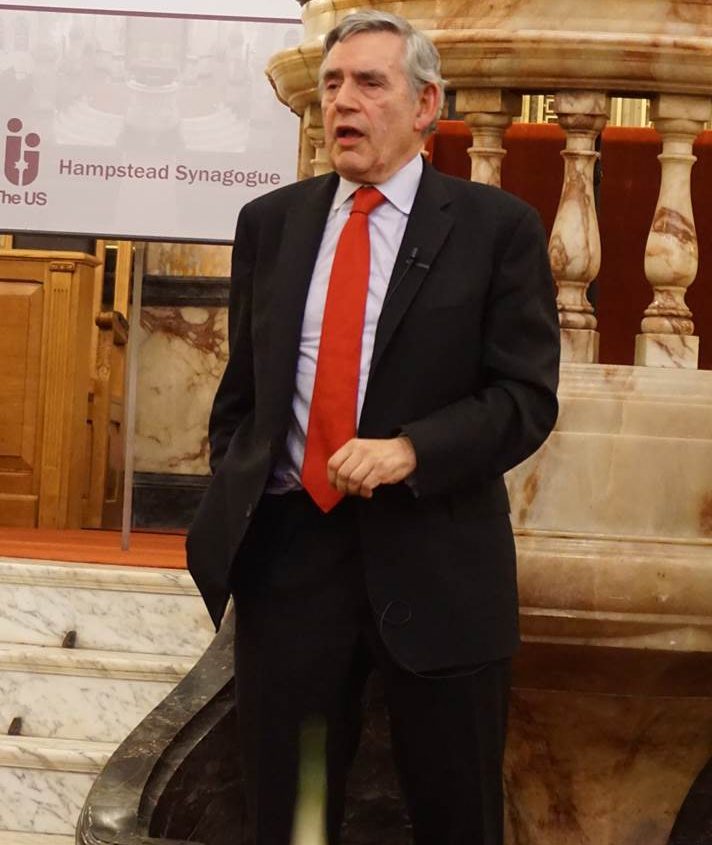 Gordon Brown has called for a radical overhaul of Britain’s methods of combating racism.

FORMER British prime minister Gordon Brown has called for a radical overhaul in methods to combat racism, particularly within the Labour Party, proposing a raft of tough new measures to tackle antisemitism.

The 17th Annual Isaiah Berlin Lecture, delivered to over 500 people in London, was a marquee event, with leaders from across various sectors and industries present.

Zaki Cooper, who organised the lecture, said: “Mr Brown made us all think deeply about the big issues facing us today. He particularly spoke about the value of empathy, which of course is important in all human relationships and inter-faith. We were delighted to welcome a number of leaders from other faiths to our beautiful synagogue, as well as several other distinguished guests.”

In his remarks at Hampstead Synoague, Brown also highlighted the rise in attacks on Muslims and Islamophobia, saying: “Racist poison is not restricted to antisemitism. It includes the efforts of Islamophobes who are using social media to condemn the entire Muslim community — demonstrating the still-widespread racism that disfigures more and more of our society.“

Harris Bokhari, co founder of the Naz Legacy Foundation, was the the only Muslim leader to join a private reception with Brown. The reception was attended by leading members of the Jewish community, including the Israeli ambassador, president of the Board of Deputies and politicians including the shadow Brexit Secretary of State Sir Keir Starmer.

Bokhari, a leading Muslim voice in the fight against antisemitism said: “It was a honour to be invited to attend such an important speech by Gordon Brown and it is crucial we continue stand shoulder to shoulder with our Jewish brothers and sisters, as together, united as two communities, we send out a strong message of unity to all those promoters of hate, that antisemitism and Islamophobia will not be accepted.”