Go back to office so ‘young can learn’, Sunak tells Brits 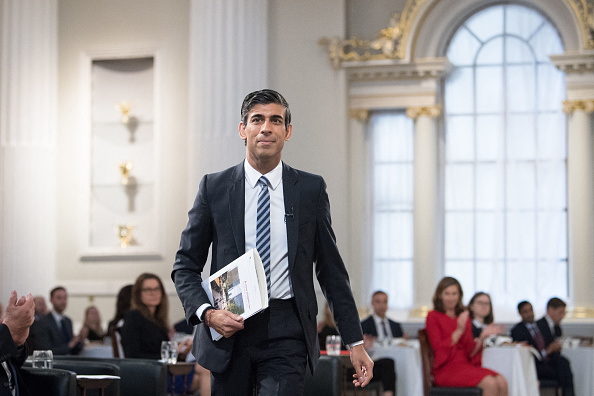 Saying that he is looking forward to the return, Sunak has insisted there was a benefit of workers being with their colleagues, particularly for the young.

“I think for young people, especially, that ability to be in your office, be in your workplace and learn from others more directly, is something that’s really important and I look forward to us slowly getting back to that,” he told the Daily Telegraph.

He also added that “Zoom” and “Teams” are “not great” for workers starting out and that in-person interactions were “really valuable”.

In less than two weeks, there will no longer be any official government guidance regarding working arrangements, as a part of the last stage of the UK’s roadmap out of lockdown, as the choice has been left to employers.

Sunak said that it wasn’t for the government to “start mandating exactly what people should and shouldn’t do in this circumstance”, and insisted that they needed to “get away” from that.

“Ultimately I trust people and businesses to make decisions for themselvesm,” he said.

Speaking of the surge in case numbers recently, Sunak declared that it was still the intention to make the easing of restrictions irreversible, saying “even with rising case numbers, the hospitalisation numbers are at a manageable level”.

The longstanding work-from-home order has fueled concerns about the economic impact of people staying at home, with town centre businesses such as cafes suffering from the lack of trade, but with now the final step of the government’s lifting of lockdown restrictions in sight, things are expected to pick up again.

Meanwhile, Trade Union Congress (TUC) on Thursday (8) raised concerns over workers’ safety saying that the government had undermined public confidence by announcing the end of face mask obligations without consultation.