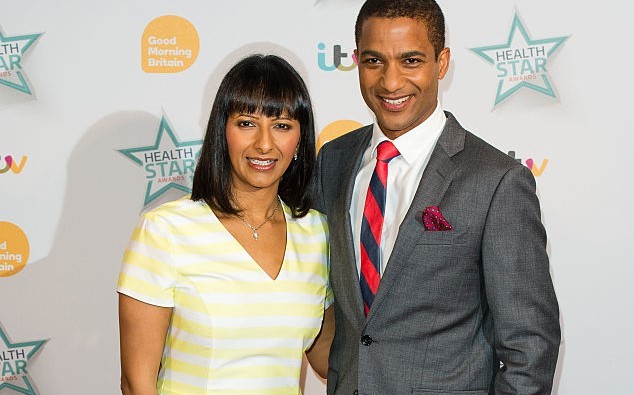 A PLAN to give presenter Charlotte Hawkins a new solo early morning hosting show has reportedly started a race war among staff at Good Morning Britain.

According to The Sun, Hawkins is set to her own 30-minute segment ahead of Piers Morgan and Susanna Reid’s main show.

However, a section of staff believes the role should have gone to one of GMB’s long-serving ethnic minority stars, such as Sean Fletcher or Ranvir Singh, reported The Sun.

A source told the publication: “The plan is to give Charlotte her own half hour, but that’s caused uproar from staff concerned about diversity — especially because Ranvir and Sean would be the other two options.

“They are both BAME and were both unfairly demoted by bosses, which has left a bitter taste. This is nothing personal against Charlotte, who is a lovely lady and well liked. But she already has a job as newsreader.”

Some insiders have suggested that ITV pair Hawkins with a BAME presenter.

Meanwhile, a spokesperson for GMB said an announcement will be forthcoming in due course.

Both Good Morning Britain and This Morning are set to be extended by an extra half-hour in a bid to flesh out ITV’s morning programme.

Last month, ITV bosses vowed to tackle diversity after it was revealed that the channel featured just one ethnic minority star over an entire day.

The Mail on Sunday revealed in October that the only non-white face on ITV during 18 hours of programming on October 8 was newsreader Nina Hossain.

In a statement, ITV said: “Any focus on the level of diversity on ITV would clearly have to encompass more than one or two days in order to provide a representative picture.

“This last week ITV viewers have seen a range of minority ethnic presenters and contributors appear on shows across our schedules.

“ITV’s overall on-screen BAME representation exceeds population level, however we recognise there is more to do and we are fully committed to continuing to improve, having set and published new targets for increasing diversity across our organisation over the next three years.”

News
Hide-and-seek, old and popular children’s game in which one player closes his or her eyes for a brie