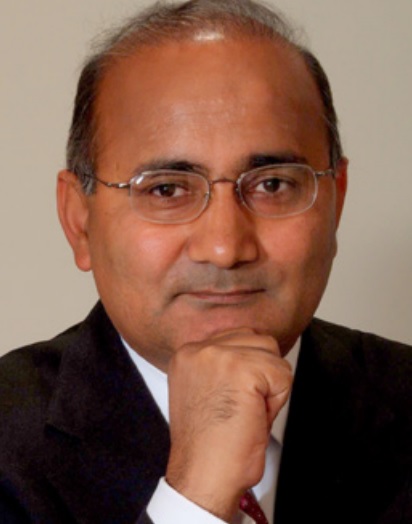 IT IS still the case that “when America sneezes, the world catches a cold”.

Maybe this will change as countries around the world embrace anti-democratic regimes over open systems; perhaps after the coronavirus crisis, perceptions of leadership may change.

It was the Austrian politician Klemens von Metternich (1773-1859) who, during the Napoleonic period, coined the phrase: “When Paris sneezes, Europe catches a cold.”

Economists and politicians had modified Metternich’s phrase to reflect America’s dominant position as a global power in the 20th century. The phrase may still carry water in the so-called “Asian century.”

However, today, as India, the world’s largest back office for big tech and multinational corporations, catches the second deadly wave of the Covid-19 virus, the world rightly feels a sense of panic and rushes to offer relief, not least because many of the frontline healthcare workers in the developed economies (in the US and UK) are expatriate Indians.

The diaspora is watching with horror as their janam bhumi (motherland) is battling the virus, while all they can do is send supplies and make phone calls from their karam bhumi (homeland). As their loved ones are dying in Indian cities due to lack of oxygen, medicines, and hospital beds, members of the community are counting their mixed blessings.

Those who have worked in the healthcare sector have known for years that India does not have an organised healthcare system to deal with the breakout of a deadly pandemic. That’s partly why India’s IT revolution didn’t lead to the big biotech revolution, as anticipated by many in the life sciences. But defenders of the Indian system have always quipped with a knee-jerk reaction that developed countries didn’t fare so well against the virus either.

Yet, in India, we know due to macro-level disparities related to poverty and poor infrastructure, the local health conditions were significantly disadvantaged. During the first wave, we watched with trepidation as migrant laborers fled major metro areas for villages. The virus could have spiralled out of control then, but it didn’t due to the strict lockdown. Prime minister Narendra Modi and his coterie got complacent, due to the success in the early innings.

As it has been widely reported in the media, the Kumbh Mela, the match at the Modi cricket stadium, and many large political events were unforgiving towards the slow march towards death. Commentators have rightly pointed out that just like former US president Donald Trump, Modi’s anti-science populist streak has finally caught up with him.

The so-called “Indian exceptionalism” may have consisted of antibodies to genetic mutations of the SARS Covid-2 strain that protected the population against the first wave of the virus. But it is certainly not the case against more virulent, double-mutation strains emerging now (B.1.617).

The Hindu belief in the reincarnation of the soul and the custom of holding open funeral pyres has led to images circulating in the media as if the whole of India’s soul is burning. Populism obviously has cut both ways – if you like the parameters of Hindu cosmology, then you should be comfortable with the public viewing of souls being committed during their last rites. However, witnessing mass cremations have left many despondent, deeply shaken, and questioning their own existence.

Priyanka Jhala told the radio station Voice of America (VOA) that she moved to the US in 2013, but all her immediate and extended family still live in Kolkata and New Delhi.

“It’s terrifying,” Jhala said. “I talk to my family every day, and it feels like there’s nothing I can do.”

“All of my loved ones are in India,” said Ms Mukhopadhyay, who moved last year to attend medical school in the US. “They’re there and I’m here, and I’ve got a lot of survivor’s guilt about it right now.”

“I’ve found it hard to sleep, and at times I wake up filled with sadness and terror,” college professor Srinivas of the New School told VOA. “Because it didn’t have to be this way. We had advance warning and time to prepare for a second wave, though we never did. …We could have invested in oxygen and still enforced social-distance regulations, but we didn’t do that, either.”

Mehdi Khan of New York City said, “To see and hear the people I grew up with, and was raised with, suffering. …I’m worried, I’m angry and I’m sad. All I can do is donate and advise my family and friends on how we got through the worst of the pandemic when it was here in America.”

Representative Ro Khanna summed up it well. “I don’t know an Indian-American family in this country who hasn’t been affected in terms of knowing someone who has either died or been very, very sick,” he told a local newspaper.

“My mother was born and raised in India. And I have family members who live in India today. The welfare of India is critically important to the United States,” vice-president Kamala Harris said recently.

On April 26, US president Joe Biden spoke to Modi, and by April 30, the US military and civilians were delivering relief on the ground, Harris reported, She was referring to the whole-of-government approach the administration has taken to help India.

The US and India are part of the Quad alliance, which includes Australia and Japan in the Asia-Pacific. What is at stake is not just global health, but global democracy itself. If India is unable to fight off the virus successfully, the rising non-democratic states will have every reason to look for other models of global health and global governance.

After all, doesn’t democracy begin with keeping your citizens safe and healthy; so they can exercise their rights to freedom, assembly, due process, and other human rights?

“Give me liberty or give me death.” In 1775, when Patrick Henry said these words at St John’s Church in Williamsburg, Virginia, the American experiment hadn’t even begun in earnest. The life expectancy in colonial Virginia was approximately 35 years. As democracies have aged, people are living longer and healthier lives.

Both America, the oldest democracy, and India, the largest democracy, face unique challenges in fighting the global pandemic and keeping alive the freedoms afforded by liberal democracies.

Dinesh Sharma is an author, consultant, and social scientist with a doctorate in psychology and human development from Harvard University.