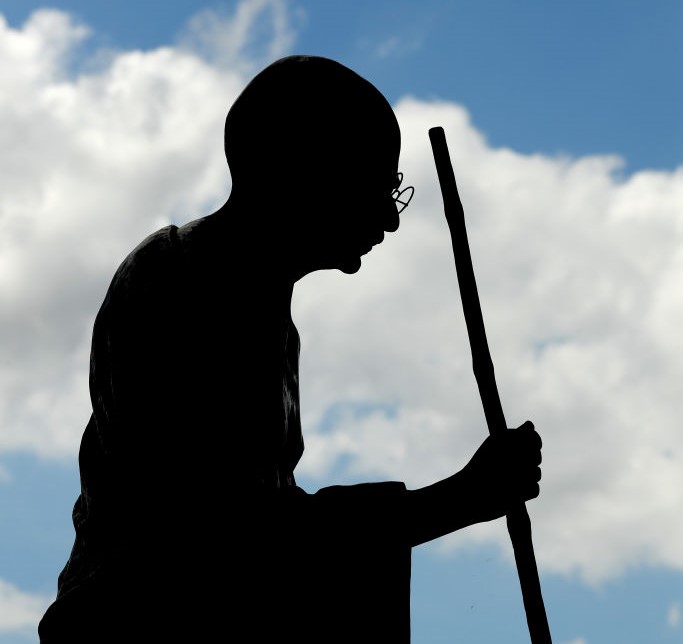 A FEW people have quibbled about the decision by the chancellor, Rishi Sunak, to put Gandhi on a British coin as the first ethnic minority figure.

In Leicester, there was even been a petition – now apparently abandoned – to remove the Mahatma’s statue in the wake of the Black Lives Matter protests.

But 72 years after his death, there is remains a magic about the Mahatma. When it comes to auctions, collectors still want memorabilia connected with the man whom many regard as the greatest human being of the 20th century.

A case in point is the online auction of “military & history” memorabilia coming up next Friday (21) at East Bristol Auctions, in Hanham, Bristol. There is much interest, not least from India, in a pair of “gold-plated circular rimmed spectacles” worn in the 1920s by Gandhi in South Africa.

Auctioneer Andrew Stowe said the spectacles were “probably the most important find we have ever had as a company”. He revealed the spectacles were handed in casually and the own­er, who had acquired them as a family heirloom, “nearly had a heart attack” when told their value.

Objects relating to Gandhi have fetched a lot of money at auctions in the past, with a small shawl worn by him going under the hammer in 2013 for £40,000.

Stowe admitted he himself “almost fell off his chair” when he learnt of the back story behind the spectacles.

He said: “We came in one morning, and there, poking rather precariously out of our letter box, was a small plain white envelope.

“In the envelope were the pair of spectacles, along with a note which read, ‘These were Gandhi’s glasses,’ and a phone number for the owner.

“Someone popped them into our letterbox on a Friday night and they stayed there until Monday – literally hanging out. They could quite easily have been stolen or fallen out or just ended up in the bin.

“One of my staff handed them to me and said there was a note saying they were Gandhi’s glasses. I thought, ‘That’s an interesting one’ and carried on with my day.”

Stowe continued: “A telephone call later we learned the full story and set about our research. It was the most bizarre five minutes of my career.

“Once we dug a little deeper, we re­alised these glasses were a find of huge historical importance. We looked into the dates and it all matches up, even the date he started wearing glasses.

“Gandhi is an iconic figure in world history. When one thinks of him you conjure up the image of his shawl, his sandals and, of course, his glasses.”

“The spectacles of usual form, with sprung gold plated arms and prescrip­tion lenses. Jointed by a gold plated nose bar. The spectacles formed an important and somewhat iconic part of Gandhi’s overall appearance. It was known that he would often give away his old or unwanted pairs to those in need or those who had helped him. A rare and important pair of spectacles.

“Provenance: given to the vendor’s uncle c1920-1930 by Gandhi while in South Africa. The uncle worked for British Petroleum at the time and was stationed in South Africa, and it can be presumed these were gifted by way of thanks from Gandhi for a good deed. A note from the vendor is included.”

Gandhi emigrated to South Africa as a 23-year-old in 1893. It was in South Africa that he experimented with satyagraha as a weapon of non-violence. He returned to India after a 21-year stay in 1915 and went on to lead the Indian independence move­ment. This provided a blueprint for decolonisation across the British em­pire. He was assassinated on January 30, 1948, by Nathuram Godse, a Hindu fanatic who accused Gandhi of being too soft on Muslims.

In many ways, India has moved away from Gandhi’s ideals since inde­pendence on August 15, 1947, but he is still revered as “Bapu”, the father of the nation. He always made it clear that he was not against the British people but only against British rule. This is something that Winston Churchill, who hated Gandhi with a singular ve­hemence, never understood.