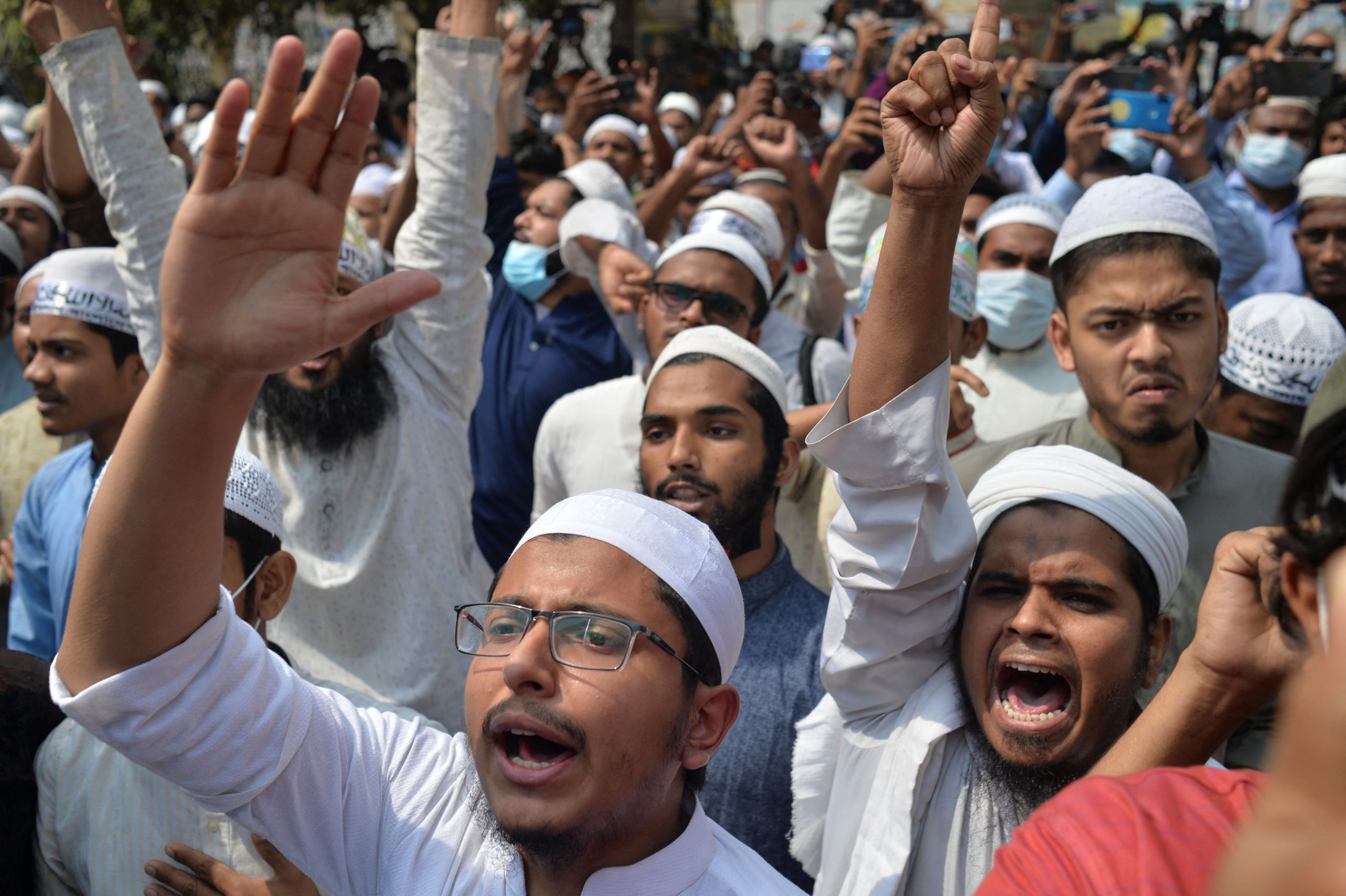 Activists of the Hefazat-e Islam protest outside the National Mosque in Dhaka on April 2, 2021, a week after several protesters died in clashes with police during demonstrations organised by Islamist groups against the Indian Prime Minister Narendra Modi’s visit to Bangladesh. (Photo by MUNIR UZ ZAMAN/AFP via Getty Images)

BANGLADESH Jamaat-e-Islam leader Shahjahan Chowdhury was arrested on Saturday (15) on the charges of instigating violence during Indian prime minister Narendra Modi’s visit to Dhaka in March.

Police who picked up the former member of parliament from his residence in Chittagong said they have evidence to show his involvement in instigating the violence and vandalism.

The violent clashes between supporters of the ruling Awami League and the Hefazat-e-Islam in Dhaka over Modi’s visit to Bangladesh for the golden jubilee of its independence had spread to Chittagong where the police fired at rioters. At least four people had been killed in the incident on March 26 and public properties damaged extensively.

Protests had also been reported from other parts of the country where vandals had attacked trains and government offices.

Chowdhury, who had headed the Chattogram Metropolitan unit of Jamaat, had represented the Satkania-Lohagara constituency in parliament when his party was in alliance with the Bangladesh Nationalist Party.

He had been previously arrested in 2018 for allegedly fueling students’ protests.