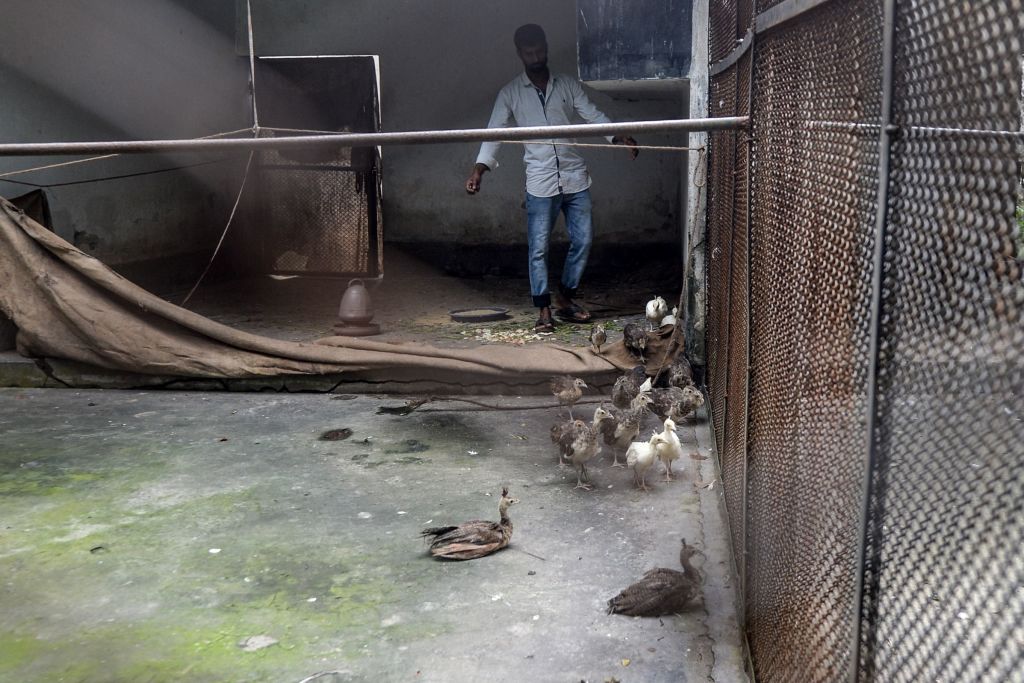 Baby peacocks seen in an enclosure in Dhaka’s zoo on July 23, 2020. (Photo by MUNIR UZ ZAMAN/AFP via Getty Images)

A RISE in the population of animals in Dhaka’s zoo during the pandemic has led the Bangladesh government to sell some of them.

Zoo authorities said around 100 adult peafowls and a few chital deer will be sold from Thursday (15).

A dozen applications have been received, mainly from farmers, for buying peafowls; a pair is priced at Tk50,000 (£424).

Peafowls have one of the highest fertility rates among birds in captivity and the calmness of the zoo environment in the absence of visitors during the long-drawn lockdown boosted their immunity and breeding.

“We are going to sell peacocks and chital deer from July 15. The fisheries and livestock ministry has permitted us to sell the animals of these two species because we get more than the expected number of newborns,” national zoo director Md Abdul Latif told Dhaka Tribune.

Some 70 eggs are in incubators and about 40 per cent of them are expected to survive. Once hatched, they will add to the already “large number of newborns”, he said.

As the zoo has a capacity for only 40 adult peafowls, the anticipated crowding has forced the authorities to sell the “extra” birds which are older than two years.

“Around 12,000 visitors came to the zoo every day on average (before the pandemic) and many of them used to taunt the animals, give them food although it is clearly forbidden and throw stones at them,” Latif said.

“But now all the animals remain undisturbed and eat properly, which has boosted their immune system as well as sexual desire. As a result, we are getting newborn animals almost every day.”