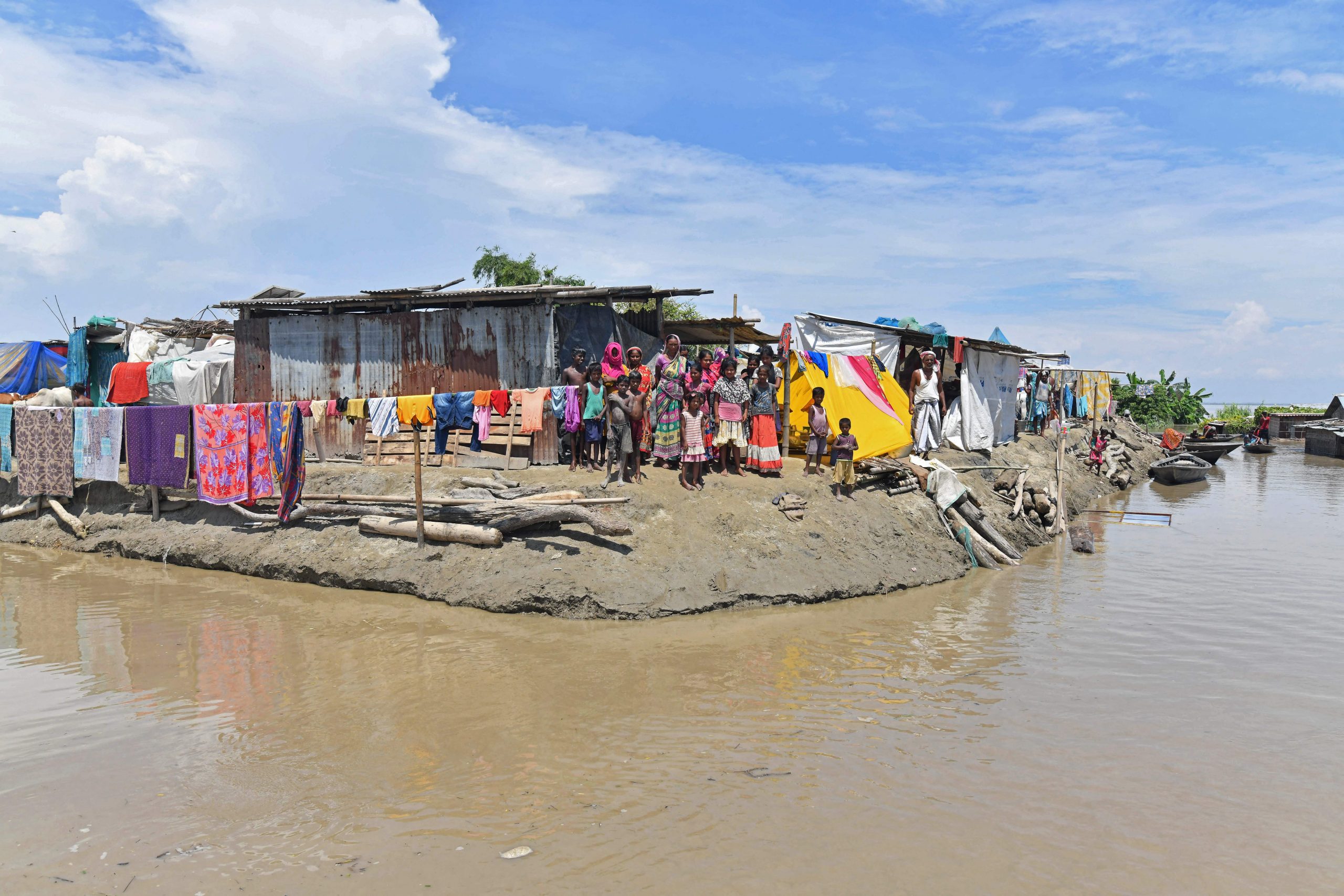 Flood waters rose on Monday (30) across north-eastern India, where hundreds of thousands of people are stranded on the roofs of their homes or have fled to higher ground as more torrential rain fell.

Incessant downpours for more than a week forced the Brahmaputra and other major rivers to burst their banks across Assam and Bihar states.

Up to two metres (6.6 feet) of water has submerged many villages. Experts say annual floods which hit the region are getting worse because of climate change.

At one dam, authorities released water fearing the walls would collapse.

The floods have also threatened a UNESCO World Heritage-listed reserve that is home to the largest concentration of one-horned rhinos.

Tens of thousands of people are stuck in villages cut off by the floods and the state governments said more than 400,000 had been moved to higher ground.

Sixteen-year-old Anuwara Khatun said she and her family have spent nearly a week on the roof of their home at Ghasbari in Assam’s Morigaon district.

“The water level has been rising for five days now,” she told AFP by telephone from her stricken village on the banks of the Brahmaputra.

“A lot of families are stuck on their roofs. There is a shortage of essential supplies so we only eat once a day. There is no hygiene here.”

Santosh Mandal moved his family to a sandbank in Bihar’s Supaul district after his village was flooded.

“There is no clean water to drink, food to eat and the children are crying for milk. We are praying for help because the government has yet to send relief,” Mandal said.

The Bihar government has sent rescue boats to get people to safety but these are concentrated in the worst-hit districts.

The Bihar and Assam governments said more than 12,000 people were in relief camps.

The Bihar government opened up the Valmiki Gandak dam, warning people in nearby villages to move away, after 16 centimetres (six inches) of rain fell in 24 hours.

About 70 percent of the 430-square-kilometre (166-square-mile) Kaziranga National Park in Assam is underwater, threatening its rare one-horned rhinoceroses as well as elephants and wild boar.

Himanta Biswa Sarma, Assam’s chief minister, on Monday made an “urgent appeal” for traffic to avoid a key highway through the reserve.

He said animals that seek shelter on the highway were now at risk.