The victim’s father said it has been a very long process with two trials but they were pleased that justice has eventually been served. 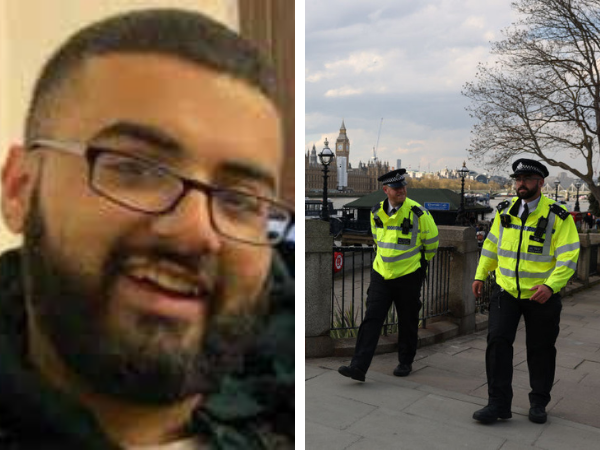 FIVE people have been found guilty of murdering teenager Mohammed Usman Mirza in Redbridge, London, in an apparent revenge attack for the attempted murder of another man two months earlier.

The defendants’ trials were split due to Covid-19 restrictions in place last year.

Two other men, who were also found guilty of manslaughter, are: Moeez Bangash, 26, of Gaysham Avenue Ilford and Jonathan Makengo, 25, of Francis Way Ilford.

All the three defendants will be sentenced at the same court on September 16, a release from Metropolitan Police said on Thursday (7).

During the latter trial, restrictions on naming an 18-year-old found guilty of murder during the 2021 trial were lifted. He can now be referred to as Omari Thompson of Northbrook Road Ilford, who was also sentenced to life imprisonment and will serve a minimum 15 years.

Detective Chief Inspector Kelly Allen said, “I would firstly like to pay tribute to Usman’s family who have had to endure two trials to see all of these responsible for his murder brought to justice. I cannot begin to imagine how difficult it has been to go through this process twice and hear these harrowing details repeated a second time. I hope that today’s verdict can begin to offer some comfort that the men who took Usman’s life will rightly pay for their actions.

“While all of these men may have played different roles in what happened to Usman, what was clear to us and the jury was this was a carefully planned attack with Usman as the sole target. Nothing had been left to chance.

“They were out for revenge for the attack they believed Usman had orchestrated against their friend. In the lead up to the attack Khan and Bangash maintained an air of friendship with Usman, despite the fact that their loyalties had changed.”

Usman’s father Imran Mirza, said, “We will never get over the murder of our son Usman and we miss him every single day. This has been a very long process with two trials but we are pleased that justice has now been served.”

The jury heard that the attack on Usman was well planned with a series of recces to key locations being carried out in the lead up to the actual ambush. Detectives discovered phone data belonging to Riaz, Khan, Makengo and Moore which implicated each of them in selecting the location of the attack site.

Detectives discovered the defendants had access to a number of vehicles, the majority of which had been stolen in the days prior to the attack and each had a defined purpose.

On November 19, 2019, the day of the attack, Usman, also known as Speccs to his friends, got into a car with Shariq Khan and was driven to a block of garages in Hurstleigh Gardens in Redbridge – the pre-selected site where the ambush would be carried out. A second vehicle then entered the garages within moments of Usman’s arrival.

Usman was attacked in the alleyway between these garages and Owen Waters House. While he was able to run from the car, he was chased down by the occupants of the two cars Khan, Moore, Thompson and Riaz, before he collapsed on Fullwell Avenue.

The public called the police at approximately 22:20hours after they saw a group of men fighting. They reported seeing men with knives attacking Usman, who was calling for help. Following the attack, witnesses described how the defendants fled the scene in different directions prior to police arrival.

In the lead up to the attack, the witnesses also described seeing numerous men chasing Usman from the alleyway that leads to the block of garages in Hurstleigh Gardens.

Police officers later found Usman unresponsive after sustaining multiple stab injuries. One witness reported hearing Usman use the nickname of one of the men who attacked him. The officers gave the victim first aid until the paramedics and London’s Air Ambulance arrived on scene. But despite all efforts to save his life, Usman was pronounced dead at 22:53 hours at the scene.

Following a post-mortem examination at Walthamstow Mortuary on November 21, 2019, the cause of Usman’s death was established as a stab wound to the neck. He had also sustained multiple stab wounds across his body.

As police were receiving calls about the attack, witnesses were also calling to report a car set alight in the garages in Hurtsleigh Gardens. A witness reported hearing one male say to the other, “don’t forget the petrol can”.

Shortly after, the witness saw a light-coloured 4×4-type vehicle drive off as a red Peugeot burst into flames and smoke began to rise from the garages. This was later confirmed as the vehicle that Usman had got into with Shariq Khan.

The red Peugeot and the white 4×4, later confirmed to be a Chevrolet Captiva, where both burned out in the immediate aftermath of the murder. Later forensic analysis of the Chevrolet found DNA of both Khan and Beqa. Despite the fire, a number of clothing items inside the car later matched with those of Khan, Makengo and Thompson.

Later checks found that the red Peugeot had been stolen during a burglary in Essex the day before Usman’s murder. The Chevrolet was stolen during a knife point robbery on October 5, 2019 in Ilford. Examination of CCTV footage showed both the vehicles numerous times in the area around where Usman was attacked.

During the course of the investigation, the detectives discovered a third getaway vehicle, a Ford EcoSport, which was used by Moore and Thompson. Mobile phone data suggests that the vehicle appeared to have been parked on Express Drive. This car was then captured on CCTV leaving the area at the same time the Captiva appeared to have been set alight. This car was stolen during a burglary at an address in Chigwell on November 17, 2019, two days before the murder. A Vauxhall Mokka, also used by the defendants, was stolen from the same address.

The police were able to link Shariq Khan to the EcoSport after further analysis of mobile phone data which showed his presence in the area where the car was stolen from on November 17, 2019.

The Vauxhall Mokka, stolen at the same time as the EcoSport, was stopped by police on November 20, 2019; a day after the murder. Both Riaz and Moore were arrested on suspicion of taking and driving away after initially attempting to run from the police. A petrol can was found in the boot of the car and forensic analysis confirmed Shariq Khan’s DNA was present on it.

A fifth vehicle, a legally owned black Volkswagen Polo, featured earlier in the day of the murder. Beqa was seen using the vehicle to purchase three cans of petrol which were then given to Riaz. This car is also believed to have been used to help Khan and Riaz leave the murder scene after the Chevolet was set alight.

The police used CCTV footage and mobile phone data to link the defendants to the stolen cars and specific key areas prior to Usman’s murder. Mobile phone data also showed that Bangash organised for a group meet in a Swiss cottage after carrying out the murder in an apparent ‘de-brief’ of what had happened. Makengo used yet another stolen car – a black Ford Kuga – to get to this meeting, and to drive Bangash, Moore and Thompson to the meeting place.

“This was a sophisticated plan that was clearly some days in the making. They ensured that they had enough stolen vehicles to help them carry out the attack and then attempt to cover their tracks. We also know that the defendants were in and around the area where Usman was killed hours before they launched their attack. There is no doubt that this was a premeditated attack,” Allen said.

“CCTV demonstrated they carried out a number of recces to pinpoint where they would carry out each part of their plan, from the attack itself to burn sites and pick up locations. They then all headed before then heading to Swiss Cottage for what we can assume was a de-brief after Usman’s murder. However, thanks to the bravery of witnesses to come forward and report what they saw and heard, detectives were able to track them down and piece together the events surrounding Usman’s death and bring his killers to justice.”

An eighth man was found not guilty during the 2021 trial.

India-US relationship not as strong as it needs to be: Congressman Thanedar