Adeel Khan of Bradford headed the organised crime group while Javed Miah was the second in command. 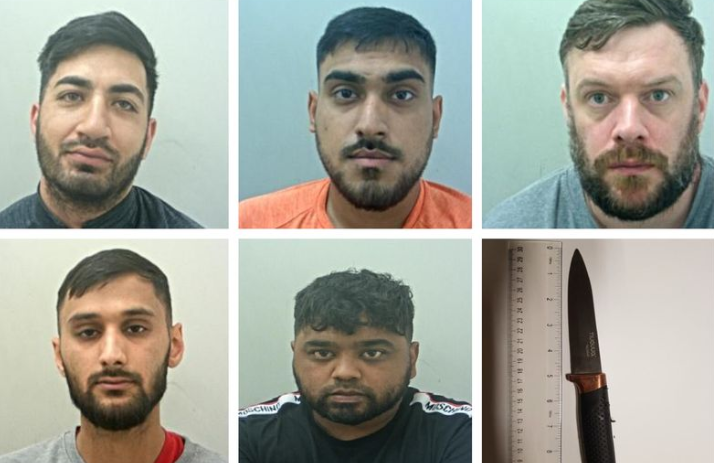 Five members of an organised crime group involved in selling class A drugs in East Lancashire have been jailed.

Adeel Khan of Bradford and Cliviger resident Javed Miah – both aged 31 – set up and ran the ‘Casper’ and ‘ACE’ drugs lines to sell heroin and crack cocaine.

Preston Crown Court sentenced Khan, who headed the gang, to six years and eight months in prison and handed down an eight-month jail term to Miah, who was the second in command of the crime syndicate.

Among other members of the group, Kasim Amin has been jailed for six years and three months, Faisal Hussain for seven years and Matthew Hefford for three years and six months.

They were all convicted of conspiring to supply heroin and crack cocaine.

The group operated from Khan’s stash house in Todmorden Road in Burnley where they stored and packaged drugs.

Khan, who controlled the Casper Drugs Line, ensured the street dealers were ‘topped up’ while he also often controlled other members of the gang, the court heard.

Miah controlled the ACE line and forensic evidence linked him to the preparation and packaging of the drugs. An investigation revealed he also controlled other members of the group.

When police stopped Khan May, Miah sent Hefford to Todmorden Road to remove evidence of drug packaging and supply. Hefford also attended the stash house to top up himself and other dealers.

Amin, who was in regular contact with Khan, Miah and Hefford, delivered large sums of money. He was topped up with ‘mid-level weights’ of Class A drugs, the court heard.

Bags of drugs and a knife were seized during the investigation.

He said the police managed to dismantle their organisation which targeted vulnerable people in East Lancashire.

Edmondson hoped their sentencing would send out a clear message that drug trafficking would not be tolerated.