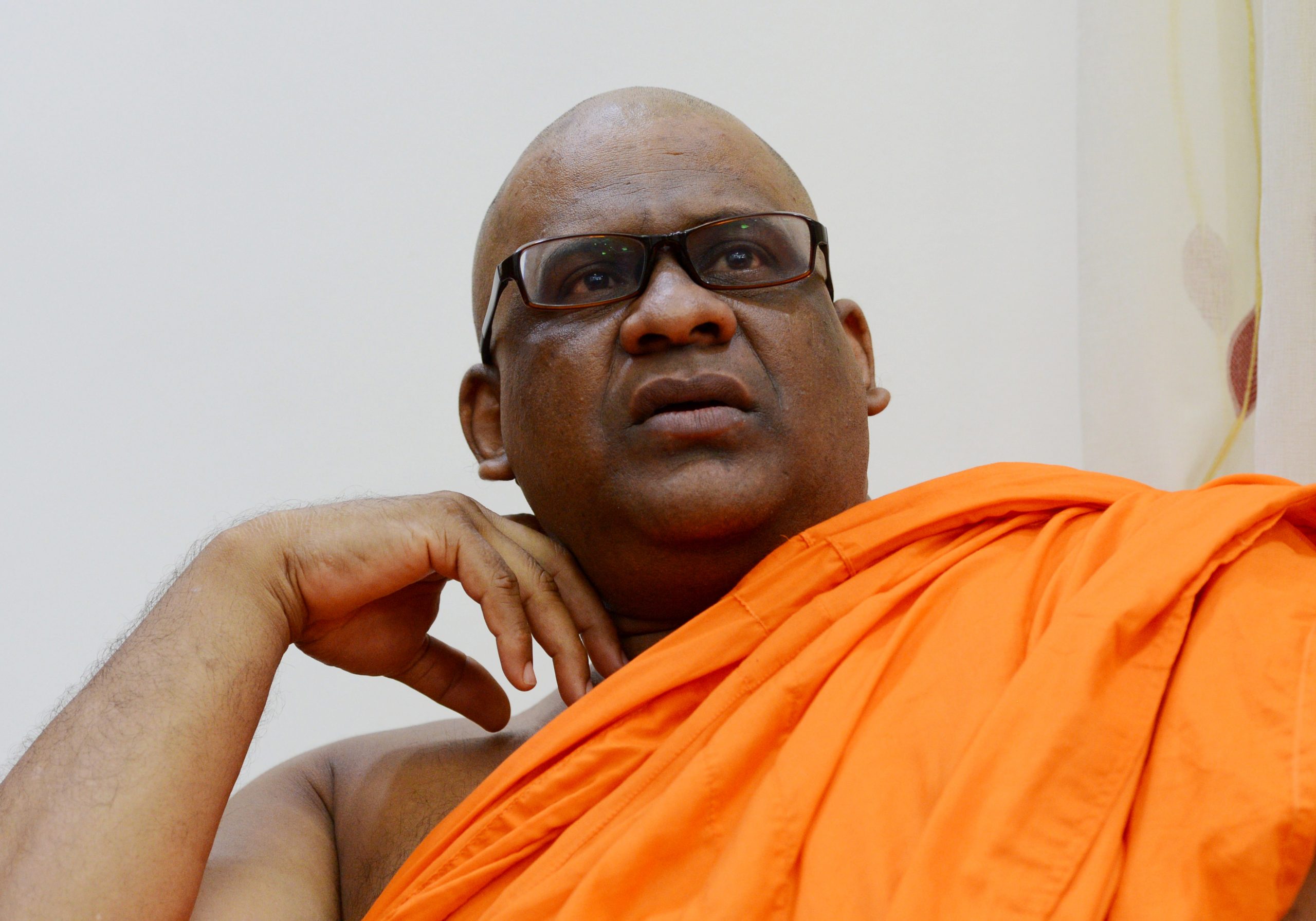 The Our Power of People party led by Galagodaatte Gnanasara, who has vowed to fight Islamic extremism, won one seat in Wednesday’s election which was decided by proportional representation.

The party central committee nominated Gnanasara, who was standing for the first time, to take a seat in the 225-member assembly, a spokesman told AFP.

Gnanasara served nine months of a six-year jail term for intimidating the wife of a missing cartoonist and contempt of court until he was given a presidential pardon in May last year.

Gnanasara has close ties with Wirathu, an extremist monk in Myanmar whose outbursts have stoked religious tensions there.

Wirathu visited Sri Lanka as a guest of Gnanasara shortly after 2014 anti-Muslim riots. The duo vowed to fight what they called the threat from Islamic jihadists but Gnanasara denied any role in the riots that left four dead.