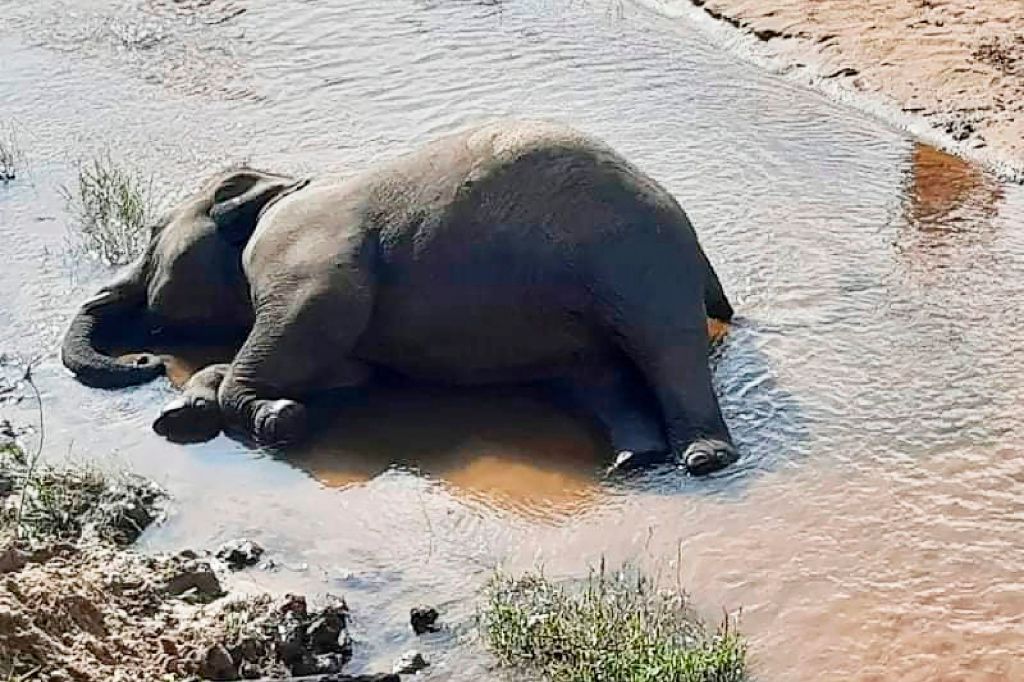 FILE PHOTO: The body of an elephant is seen lying in a pond in ama town on June 13, 020. (Photo by STR/AFP via Getty Images)

At least four Asian elephants have been killed in Bangladesh over the past week, officials said, putting the dwindling population of the endangered creatures at further risk.

Fewer than 100 elephants remain in the South Asian country, where they come into regular conflict with humans as their territory shrinks.

He said two had been electrocuted and a third was shot in a forest reserve, while another had died of “natural causes”.

A fourth elephant also died by electric shock in northern Sherpur near the Indian border, police there said.

For generations, the Chittagong hills have been used by elephants as a route for migrating back and forth from neighbouring Myanmar.

But urban expansion, farming, and refugee camps housing about a million Rohingya refugees from Myanmar have reduced their territory and led to growing numbers of deaths — both of elephants and people.

Twelve elephants have been killed across Bangladesh in the past 18 months.

Farmers use live electric wires along their perimeters to keep out grazing elephants, which Chowdhury said was “the single biggest threat” to their survival.

Raquibul Amin of the International Union for Conservation of Nature said that illicit farming in forested areas was partly to blame for the killings.