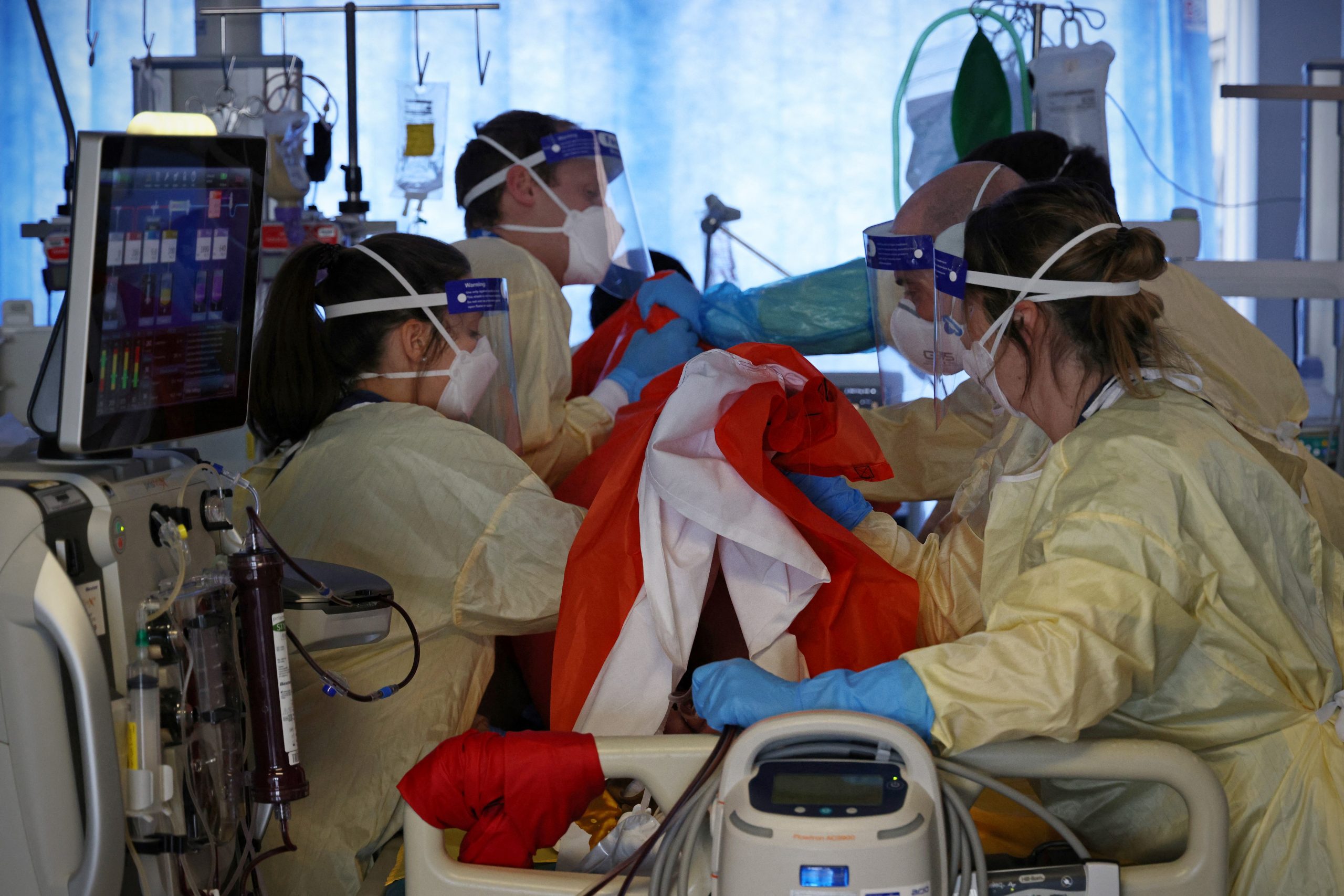 HEALTH experts are studying the relative merits of the world’s first two antiviral Covid drugs that can be taken orally.

One is Molnupiravir, made by Merck, and the other is Paxlovid, which comes from Pfizer. Both are pharma giants in the US. In the UK, the MHRA (Medicines and Healthcare products Regulatory Agency), which assesses the safety and effectiveness of drugs, gave approval to Molnupiravir on November 4.

The test results have been described as “incredible” by the health secretary Sajid Javid, who has ordered 480,000 and 250,000 courses of the Merck and Pfizer pills, respectively.

In America, a five-day course of treatment for the Merck drug is likely to cost $700 (£521). But in India, where eight companies have been given a licence to manufacture Molnupiravir, the price might be around $20 (£15) for a course. Neither drug is a substitute for vaccines, doctors have emphasised.

Meanwhile, hopes are being expressed that “Pfizer will be equally magnanimous” and allow Indian companies similarly to make Paxlovid under licence so that the drug becomes available to poor people in developing countries. “If this
not done, perhaps the developing countries could ask for a compulsory licence.”

It is understood that “Pfizer is talking to Unitaid about licencing Paxlovid”. Unitaid is a global health initiative that works with partners to bring about innovations to prevent, diagnose and treat major diseases in low and middle-income countries, with an emphasis on tuberculosis, malaria, and HIV/AIDS and
its deadly co-infections.

There was going to be a third oral drug for Covid that was being developed by Roche, but after unsatisfactory trials, the Swiss multinational is not proceeding further, a pharma source in the UK has told Eastern Eye. The source explained the Pfizer drug, Paxlovid, “is used in combination with Ritonavir, which is a very old drug used in the treat of HIV. This enhances and potentiates the action of the Pfizer drug”.

There is a debate about the long-term consequences of using these drugs. The pharma source read out an email sent by a scientist: “I’ve been thinking about the Pfizer and Merck products. And based on what I’ve read, I believe the Pfizer drug, Paxlovid, offers a better opportunity than Molnupiravir. The latter, Molnupiravir, works by altering the genetic makeup of the virus. There is a clear danger that this could result in more virulent mutants being created. Additionally, it could alter the DNA of patients and cause serious long term health effects. The Pfizer drug acts differently and simply inhibits an enzyme that is needed to replicate. So, there are no genetic issues coupled with the fact that Ritonavir is an adjunct to the Pfizer drug.”

It should be stressed not everyone shares the scientist’s apprehensions. Published material in the science press reflects the ongoing debate. One report said: “For some scientists, the Merck drug’s mutation strategy could cause worrying side effects. Ronald Swanstrom, professor at University of North Carolina School of Medicine, did animal studies that showed the drug could accelerate the mutation of DNA inside cells and says there is at least a theoretical possibility that Molnupiravir could negatively impact a person’s health.”

Swanstrom was quoted as saying: “I think use of this drug should be restricted to people who would benefit the most, those who are symptomatic and have risk factors. It should never be used to treat a pregnant woman, and we should follow the first wave of treated people long term to see if there are any unwanted side effects.”

But according to another report, “Daria Hazuda, who heads infectious disease discovery for Merck, notes that the company hasn’t seen any evidence of people who take Molnupiravir generating viruses with new and dangerous mutations.

“In patients who completed the five-day course of the drug, Hazuda says, ‘we don’t see any infectious virus’— let alone mutated variants. The mutations that arise along the way have been random, she says — not concentrated in a particular gene that would make the virus more likely to survive. ‘There is no evidence for any selective bias,’ she says.”

According to the Financial Times, “high-risk patients will soon have two new drugs that could transform their care without them even leaving home. Late stage trials have shown the Pfizer pill, called Paxlovid, cuts the risk of hospitalisation and death by almost 90 per cent and a drug developed by Merck/MSD and Ridgeback Biotherapeutics cut the risk of hospitalisation in half. Merck’s drug, called Molnupiravir, has received its first approval, in the UK.”

The FT report, headlined, “The Covid drugs are finally here”, continued: “A pill to treat Covid developed by the US company Pfizer cuts the risk of hospitalisation or death by 89 per cent in vulnerable adults, clinical trial results suggest.

“The drug – Paxlovid – is intended for use soon after symptoms develop in people at high risk of severe disease. It comes a day after the UK medicines regulator approved a similar treatment from Merck Sharp and Dohme (MSD).

“Pfizer says it stopped trials early as the initial results were so positive.”

The report pointed out: “One of the potential problems is that antivirals work better the earlier they are given to patients.

In the Pfizer trials, patients took their first pills within five days of developing symptoms. But it remains unclear how quickly efficacy drops off in that period. Many scientists suspect the first 48 hours will be crucial.”