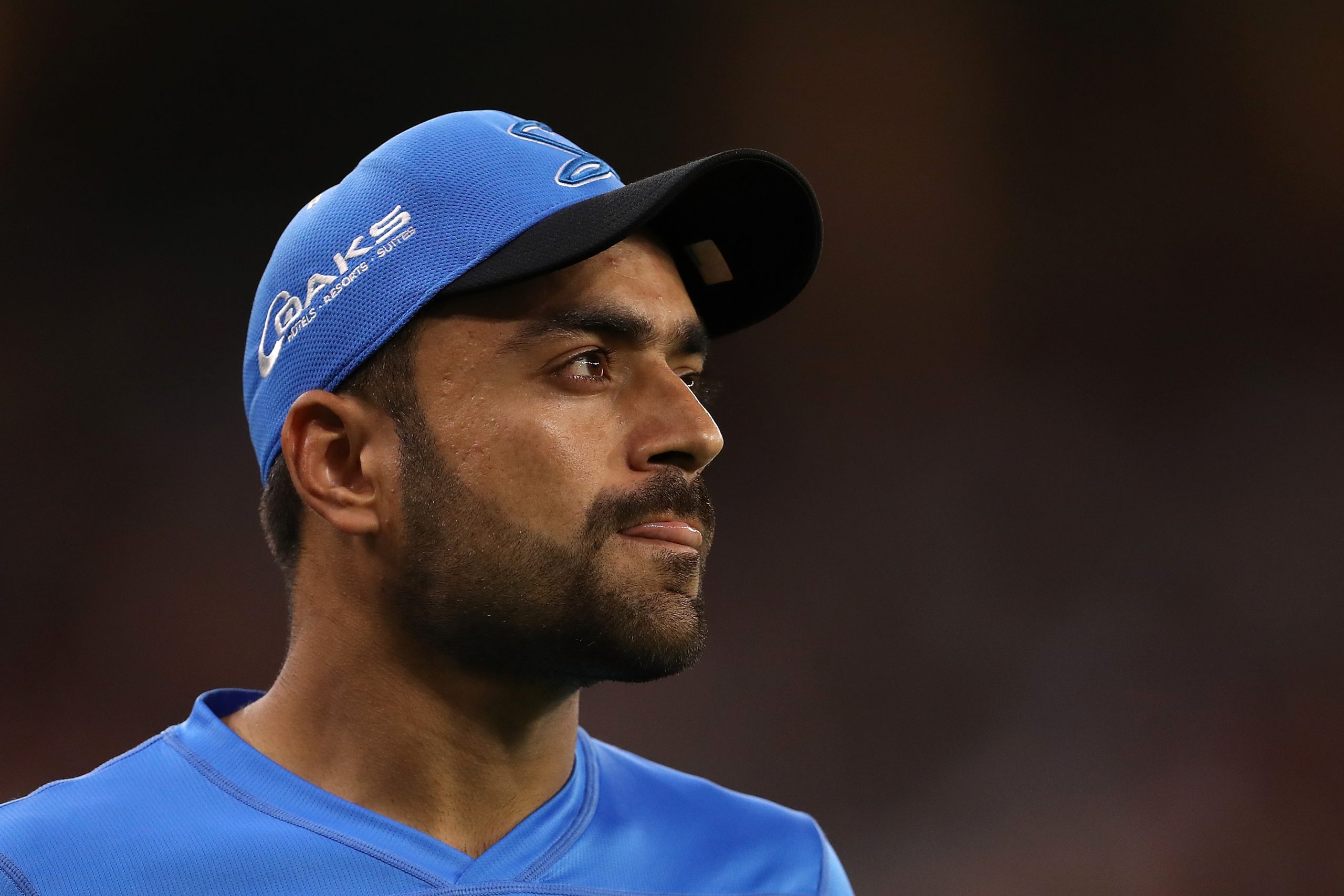 THE HUNDRED is all set to turn the cricket fever on this summer in England as the franchise-based tournament involving eight men’s and women’s teams kicks off on July 21.

ECB wants the tournament to succeed as England cricket’s big names such as Ben Stokes, Jofra Archer, Joe Root and Moeen Ali will be on show, including Afghan spinner Rashid Khan – who is “super excited” to be playing in a new format. Rashid was among the few players to be picked in the tournament’s first draft, as the star legspinner will turn out for Trent Rockets in the Hundred.

“It’s a proud moment for me, for my country, for my family and friends. It’s a huge honour for someone from Afghanistan to be picked as the first draft player in the Hundred. I will try my best with my performance and try to win games for the team,” Rashid told Eastern Eye.

His team, the Trent Rockets looks strong with big England stars making up the squad, but Rashid wants to take it one game at a time as the competition moves on. “I think we have the best combination. With the likes of Malan, Alex Hales and Root present in the squad, I think it’s the best combination and since everyone would be playing together for the first time it will take a bit of time to bring the best balance of the team. But as a team we are looking very good and it’s all about going out there and expressing the skills and taking the responsibility.

“We will try our best to enjoy cricket and keep doing what we can…it’s not about having a high target that we have to win the competition. So we have to take one game at a time and most importantly, we give our 100 per cent and enjoy the game,” he said.

When asked about the 100-ball format, Rashid feels the new rules could be exciting and also challenging for the players, especially the bowlers.

He said: “As a bowler with different rules it will test you and there will be some areas which will be high pressure and where you have to come in and deliver. With 100 bowls and different rules we are just so excited for the games to start soon.”

Then the new format throws up the prospect of a bowler getting to bowl two overs or potentially bowling 10 balls in an over. “Like I said we’ll be in for some new rules and bowling 10 balls have not happened before and we are very excited about it. You can take three hat-tricks as well [laughs] and in 10 balls you could be hit for nine sixes. So, yes, the rules would be challenging but we are looking forward to that,” he added.

ECB has a lot of hope for the Hundred to succeed, Rashid too thinks it will be a massive hit among the fans.

“There’s not a big difference between 100 balls and 120 balls. As a player we can just see it as a new format, new rules and fans will love it. I’m sure there will be something which everyone will love as a different format. I think everyone around the world is super excited about this competition,” he said.

In the past, especially during the 2019 World Cup, the Afghanistan team and its players were hugely followed and cheered across all the venues in England. With the spectators now allowed to the stadiums in the country, Rashid expects huge turnout for the games.

“We have lots of Afghans here and they are excited about the Hundred and they all want to come to the ground and support the teams as we have seen in the past. When we played at the Lord’s during the World Cup they were there and they are excited about the new format as well. It has been a long break for the fans due to Covid, so definitely these games are going to be massive for them.”

Rashid is a big draw in franchise-based T20 leagues around the world because of his all-round skills as a player. But he says there is no secret to his success, except for hard work. “I don’t know what is the secret but I think it’s just about having natural talent and trying your best to bring more and more improvement to your skills and talent that you have and I have just worked on it.

“I had the God-gifted skills in bowling while batting and fielding, I tried my best to polish those skills. I have been in international cricket for quite some time and since I played IPL, the biggest league, where I trained with different players and coaching staff. My cricket has improved a lot. I think it’s all about having a positive mindset, belief in your skills and talent,” says Rashid.

For any legspinner, Shane Warne is a huge inspiration, but not for Rashid. His favourites were Anil Kumble and Shahid Afridi. “Shahid Afridi and Anil Kumble, these two are my favourite bowlers. I always watched their videos because they bowled quicker and since childhood I wanted to bowl quicker. I met Kumble once during an IPL game, but we didn’t have much time for a chat. I have met Afridi three-four times and I was lucky to be playing at the Lord’s, his last game. But with him I did get a chance to pick his brains as he shared his experiences.”

Rashid will be leading Afghanistan in the upcoming T20 World Cup later this year in October. He is confident the team will do well and as the skipper he is ready for the challenges.

He said: “It means a lot to represent the country, forget about being a captain. I think it’s a big honour for every player to be in the side representing the team, but then you are leading the team as well. It’s something more proud and more special as a player and I think I’m really looking forward to the challenges in the World Cup.”

Most importantly where does Rashid see Afghanistan cricket reach in the next few years?

“The more we play against the big teams as the younger generation has the talent and it is all about getting the right opportunity and environment. If we have the right kind of facilities back home then I believe in the next few years our cricket will be at a different stage,” he said.