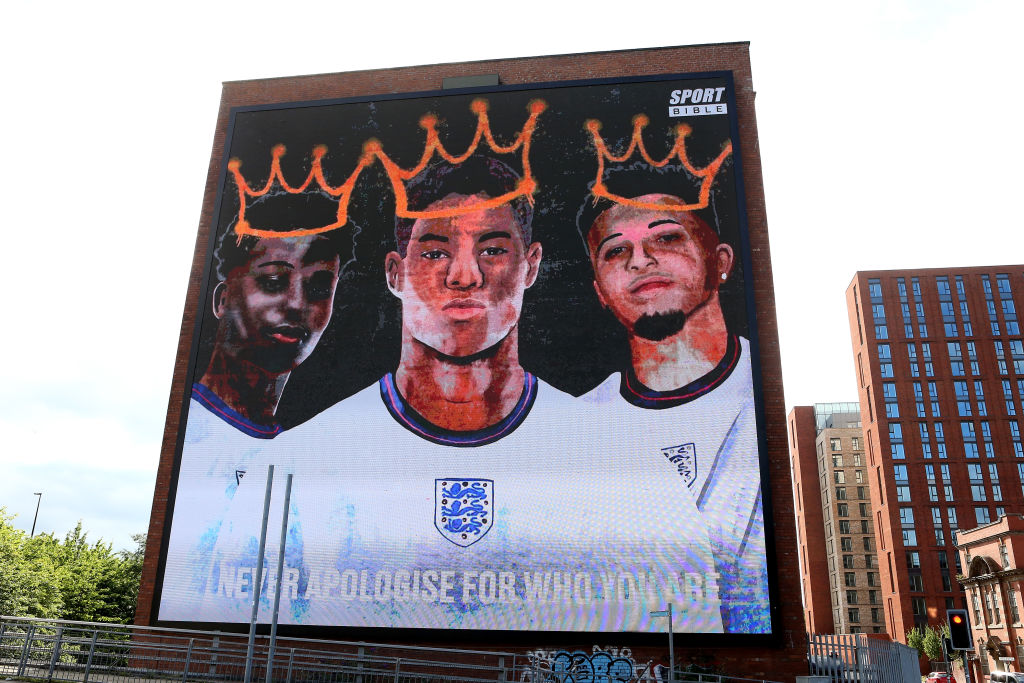 A Giant mural in support of the three England footballers Marcus Rashford, Jadon Sancho and Bukayo Saka at Trafford Park is seen on July 14, 2021 in Manchester, England. (Photo by Charlotte Tattersall/Getty Images)

The Facebook-owned platform said that it would start using “stronger warnings” when people post potentially offensive comments, and a new “hidden words” feature that enables users to filter abusive messages.

Instagram will also allow users to limit comments and message requests during “spikes of increased attention”.

The move comes weeks after social media platforms scrambled to take down racially abusive comments directed at members of the England football team.

It followed their loss in the Euro 2020 final, which was played last month after a delay due to the pandemic.

The racist and hateful content, which prompted condemnation from British political leaders and the public, also led to pressure on the large US social networks such as Facebook and Twitter.

Instagram chief Adam Mosseri said the new measures were designed to reduce the spread of racist, sexist, and homophobic content.

“Our research shows that a lot of negativity towards public figures comes from people who don’t actually follow them, or who have only recently followed them, and who simply pile on in the moment,” Mosseri said in a blog post.

“We saw this after the recent Euro 2020 final, which resulted in a significant – and unacceptable – spike in racist abuse towards players.”

Mosseri said users “tell us they don’t want to switch off comments and messages completely; they still want to hear from their community and build those relationships”.

Mosseri said the warnings already in place reduce the frequency of abusive comments by as much as 50 per cent.

“And if they try to post potentially offensive comments multiple times, we show an even stronger warning… Now, rather than waiting for the second or third comment, we’ll show this stronger message the first time.”