Wood missed the first test as he continued his recovery from a hip injury. 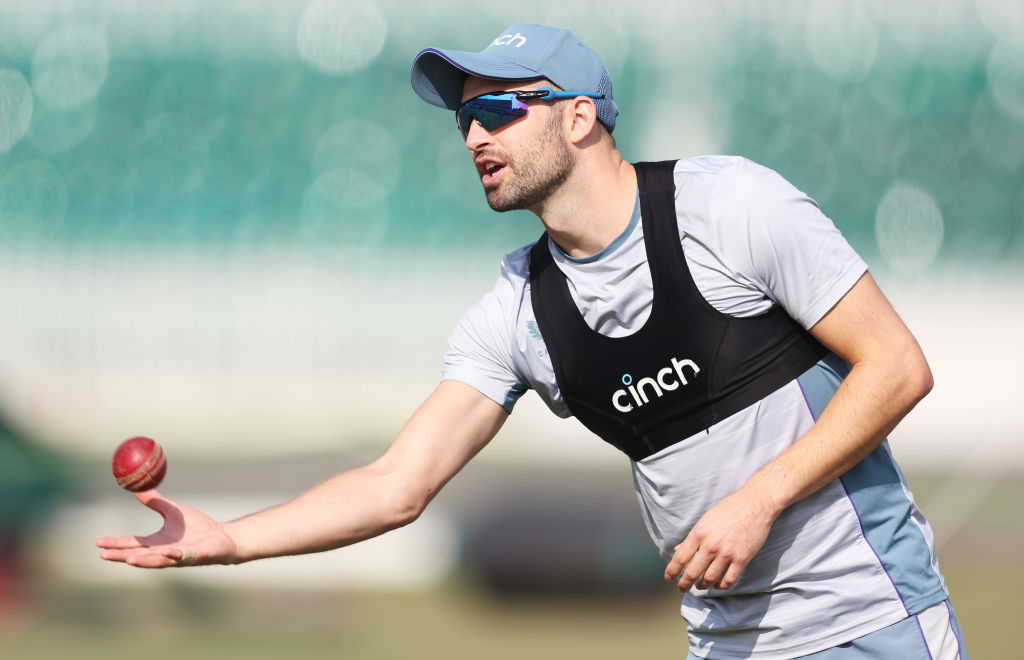 Mark Wood of England pictured during a Nets Session ahead of the First Test match at Rawalpindi Cricket Stadium on November 28, 2022 in Rawalpindi, Pakistan. (Photo by Matthew Lewis/Getty Images)
Follow Us

England has replaced injured all-rounder Liam Livingstone with fast bowler Mark Wood in the only change to their squad for the second test against Pakistan, with Ollie Pope retaining the wicketkeeper’s gloves.

Livingstone has returned home after sustaining a knee injury in his debut test in Rawalpindi, where England pulled off a remarkable 74-run victory for a 1-0 lead in the three-match series.

Wood missed the first test as he continued his recovery from a hip injury.

Ben Foakes, who missed the opener with illness, is now fully fit but England skipper Ben Stokes confirmed that Pope, who made 108 in the first innings in Rawalpindi, will continue behind the wicket because of his superior batting.

“I’ll still keep saying that he (Foakes) is the best keeper in the world,” Stokes said on the eve of the match, which begins on Friday.

“It must sound silly to not be picking him but you got to see the conditions we face here. Pakistan is a very hard place to come and win.

“Adding Mark Wood into the side gives us the best opportunity to take 20 wickets.

Off-spinner Will Jacks, who claimed six wickets on his test debut in Rawalpindi, was also retained.

England will conclude their first test tour of Pakistan since 2005 with a match in Karachi.