Do Neanderthal genes make you susceptible to the virus? 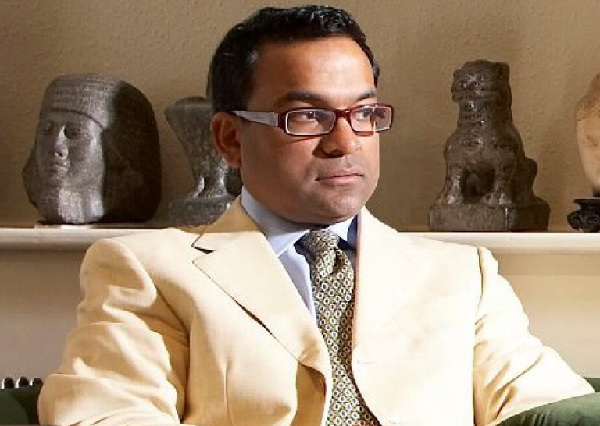 SOUTH ASIANS are more likely to be carrying Neanderthal genes. This ancient genetic heritage has recently been found to be a key risk factor for catching the virus, becoming seriously ill, or dying from Covid-19.

Neanderthals are a now extinct, ancient, species of mankind who occupied most of Europe and parts of western Asia some 30,000 to 300,000 years ago. They co-existed with our ancestors and because modern humans mated with Neanderthals, those genes are part of our DNA. It is estimated that Nean­derthals made a small (one to four per cent) contri­bution to the gene pools of all non-African popula­tions. (Neanderthal-derived genes are almost com­pletely absent from Africa, suggesting the Neander­thals never ventured there).

Hugo Zeberg and Svante Pääbo from the Max Planck Institute in Germany published their findings in a study called, The major genetic risk factor for se­vere Covid-19 is inherited from Neanderthals, in the science journal Nature. They found the highest car­rier frequency occurs in Bangladesh, where more than half the population (63 per cent) carries at least one copy of the Neanderthal risk genes, while 13 per cent have a double dose of the genes, putting them more at risk.

Does this help explain why 27 out of the first 29 doctors who have died of Covid-19 in the UK came from ethnic minorities?

Dave Dalton, in his study, Why people of Bangla­deshi origin are most at risk of dying from Covid-19 in the UK, i.e., why they carry the highest level of those six deleterious Neanderthal-inherited genes, points out that the Neanderthal gene theory explains some puzzling features of this pandemic.

Dalton argues the most likely reason for that low fatality rate is that Africans, for the most part, do not carry Neanderthal genes. He also asks why the num­ber of Covid-19 deaths remains relatively low in China. This might be explained by the low level of one or more variants of those Neanderthal genes (less than four per cent) among the Chinese.

Even if Neanderthal genes were to turn up in your DNA (they are found on chromosome 3), they are only a very small number of genes; however, that doesn’t mean they may not be important. For ex­ample, they may have something to do with regulat­ing the immune response, or possibly be linked to the cell surface membrane receptors which the Co­vid-19 virus binds to in order to get inside our cells. This crucial region on chromosome 3 contains six genes. Research suggests the presence of Neander­thals genes in modern humans trebles the risk of Covid-19 infection.

Since Neanderthals lived mostly in Europe, and the distance (as the bird flies) between Croatia and Bangladesh is more than 7,000 km, how did Bangla­deshis end up inheriting those detrimental Nean­derthal genes in such high dosage?

Early waves of migration of ancient people carry­ing the Neanderthal genes might be one explana­tion. But genes also persist if they offer some evolu­tionary advantage in a survival of the fittest race. Genes die out if they offer no advantage or a disad­vantage on balance.

Dalton explores the role of climate in south Asia; it is extremely wet (average rainfall in Bangladesh is 2,666 mm per year, while the Meghalaya province of India, bordering Bangladesh to the north, has the top two wettest places on earth, Mawsynram and Cherrapunji, respectively). It could be that the Nean­derthal genes offer an advantage in surviving a very wet environment.

But, if south Asians – particularly Bangladeshis – carry a gene which makes them more prone to catch the disease and fall seriously ill, Covid-19 would possibly have wreaked havoc in Dhaka’s slums? The capital is the ninth largest and the sixth-most dense­ly populated city in the world.

A team of economists, led by Syed Basher and Salim Rashid from East West University in Bangladesh, recently published a study which points out that months after the outbreak, the Covid-19 death toll in several of the world’s biggest slums remains very low. The researchers argue that in Mumbai’s Dharavi slum, the Covid-19 fatality rate is not high. More than six million cases are recorded in Brazil (the third highest globally), however, the transmission of Covid-19 in the Brazilian favelas is not noticeable.

Their study poses the question: do Bangladeshi slum dwellers possess some form of immunity to the effects of Covid-19?

The researchers conducted an in-depth survey in three of Dhaka city’s largest slums before and after a super spreader event, the Eid-al-Adha festival. Their findings suggest very low or negligible Covid-19 fa­talities among slum households.

Why are slum dwellers safe, despite living in crowded places and having the DNA that increases the risk of getting infected with Covid-19?

One theory the researchers put forward is the slum dwellers may have acquired immunity from the harsh, early childhood environment. Previous studies have found that about 74 per cent of Dhaka’s slum dwellers have antibodies, compared to 45 per cent for Dhaka’s non-slum residents. Similarly, the Dharavi slum of Mumbai, allegedly Asia’s biggest slum, has so far escaped the wrath of the Covid-19 virus. A recent survey found that 57 per cent of Mumbai’s slum habitants have antibodies against Covid-19, compared to 16 per cent in the non-slum area.

Many slum dwellers may already be exposed to other viruses, which ironically protected these slum dwellers against this coronavirus.

Whatever the different theories, the Neanderthal gene theory means that if you are south Asian or Bangladeshi and living in the UK, you are signifi­cantly more vulnerable to Covid, in which case you have a stronger reason for seeking to be vaccinated, compared with the local population who are less likely to be carrying those risky Neanderthal genes.

Dr Raj Persaud FRCPsych is a contributing author to a new book on vaccines entitled ‘The ‘V’ Word’ – Everything you need to know but were too afraid to ask about living in a Vaccination Nation shortly to be published by Amberley Press. 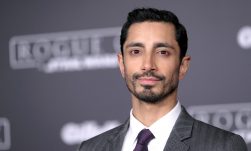 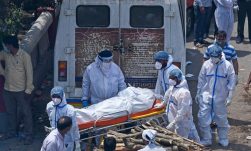 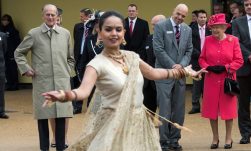