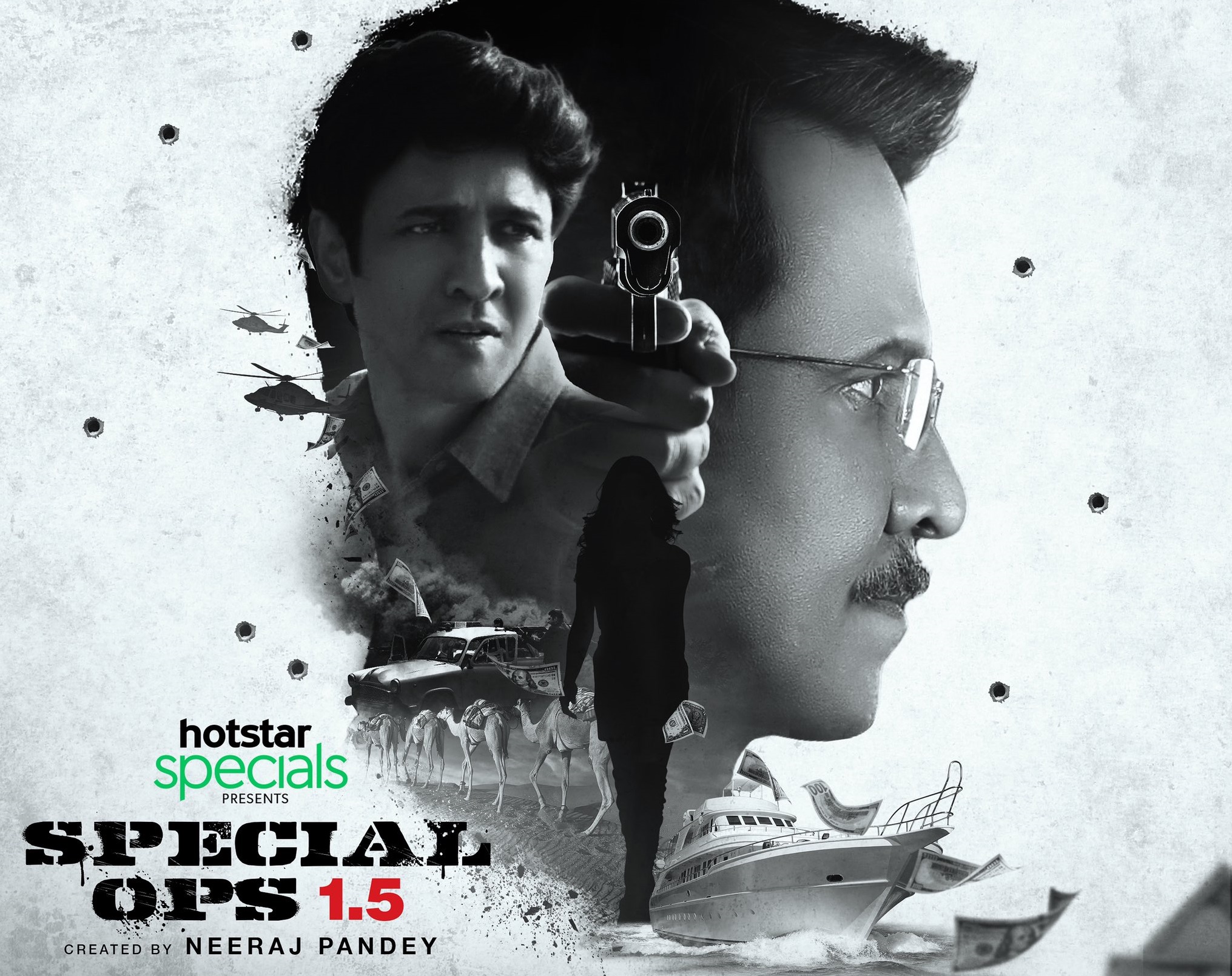 After the rousing success of the espionage thriller Special Ops (2020), Disney+ Hotstar and Friday Storytellers are set to present an all-new exciting extension to the show’s universe with Special Ops 1.5: The Himmat Story.

Directed by Neeraj Pandey of Friday Storytellers, along with Shivam Nair, the compelling narrative of this first-of-its-kind prequel series will take the audiences back in time to unravel the formative years of agent Himmat Singh. He will be seen wading his way through the dark alleys of politics, red-tapism and honey trapping in this action-packed installment.

Shot across Mumbai, Delhi, and multiple locations in Malaysia, Ukraine, and Mauritius, Special Ops 1.5: The Himmat Story is a retelling of the nation’s greatest threat who soon becomes the nation’s greatest spy as he fights corruption and politics that infests the system. The highly anticipated prequel from the Special Ops universe will be available exclusively on Disney+ Hotstar from 12th November onwards.

Talking about the upcoming season, creator and director Neeraj Pandey said, “Special Ops has managed to create a space in the hearts of audiences as each character’s story became an intense driving point in the series. But one character that massively stood out for fans was Himmat Singh. With Special Ops 1.5: The Himmat Story, we wanted to build the Universe of Special Ops and give fans of our show a glimpse of the making of their favourite R&AW agent. Viewers will see what made Himmat Singh the man they loved in the first installment.”

Adding to the same, actor Kay Kay Menon said, “Through Special Ops 1.5: The Himmat Story, what we have managed to create is an extremely unique experience of delving deeper on why Himmat Singh – The R&AW Agent is the way he is. The audience has been introduced to his shortcomings and brilliance but through this installment, moments that led him to become a resilient agent with an undying attitude for his missions. Playing Himmat Singh in Special Ops 1, for me, was an enriching experience as an actor. It required an understated manifestation of even the most explosive emotions that were brewing inside. The focus being pinpointed on the objective to be achieved without letting emotional vagaries and unchecked venting of it, spoil the path to the objective. Special Ops 1.5 will see the more impulse-driven youthful side of Himmat which required the actor in me to adapt to it without losing the basic grain and essence of the person called Himmat. It had to be done in a way that, though he is different, yet the audiences could extrapolate and feel that yes, this person would and could become the Himmat that we have seen in Special Ops 1. I am excited for the audiences to witness a unique making-of Himmat Singh story, on Disney+ Hotstar.”

Witness the events from the early 2000s that transformed R&AW Agent Himmat Singh into an undisputed, top-class spy of the Indian Intelligence, coming only on Disney+ Hotstar on 12th November.