‘Delta variant linked to 51.7 per cent of Covid cases in the US’ 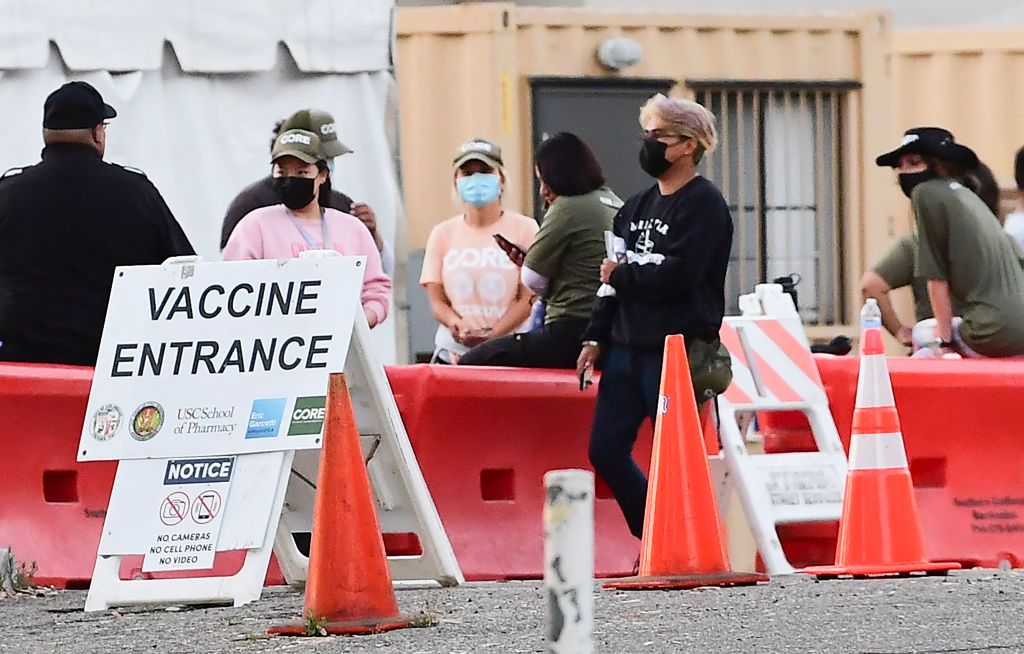 People wearing facemasks outdoors are seen at a Covid-19 vaccine site in Los Angeles, California on July 6, 2021. – A rapid rise in the “hyper-transmissible” Delta variant of the coronavirus is concerning officials as vaccination rates stagnate. (Photo by FREDERIC J. BROWN/AFP via Getty Images)

THE Delta variant is already the dominant strain of Covid-19 in the US, according to data modelling done by the US Centers for Disease Control and Prevention (CDC).

According to the health agency’s estimates, the Delta variant became dominant in the country over the two weeks ended July 3, with 51.7 per cent cases linked to the variant that was first identified in India.

The proportion of cases linked to the Alpha variant which was first identified in Britain and had been dominant in the US so far, fell to 28.7 per cent.

The data, which shows the estimated biweekly proportions of the most common SARS-CoV-2 lineages circulating in the United States, is based on sequences collected through CDC’s national genomic surveillance since December 20, 2020.

The Delta variant, which is becoming dominant in many countries, is more easily transmitted than earlier versions of the coronavirus and may cause more severe disease, especially among younger people. It has now been found in every US state, health officials have said.

On Tuesday (6), US President Joe Biden encouraged Americans who have not yet been vaccinated against Covid-19 to get their shots to protect themselves from the widely spreading, highly contagious variant.

So far, preliminary data has shown that vaccines made by Pfizer Inc and BioNTech, AstraZeneca and Moderna are largely protective against Delta, with the concentration of virus-neutralizing antibodies being somewhat reduced.