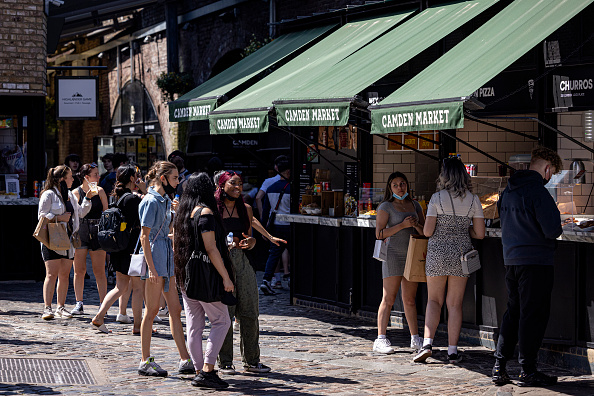 DRIVEN by rapid spread of “highly-transmissible” delta variant, the Covid-19 infection continues to rise in Britain with the maximum cases being reported from Bedford, Birmingham, Blackburn with Darwen, and Greater Manchester.

About 9,055 positive cases have been reported across the country, which is up by a fifth on last Wednesday’s count and also the highest toll since February 25. Hospitalisations have also risen by 40 per cent within a week which is said to be a clear sign that the rapid spread of the mutant strain has started to increase pressure on hospitals despite the success of the vaccination drive.

Warnings reportedly have been issued for around a dozen areas across Britain from Bedford to Blackpool and London to Liverpool, where people are reportedly told to take caution in the coming weeks, including limiting indoor interactions and avoiding travel into or out of those areas. People living in the affected communities are also being urged to get tested twice a week and continue to work from home.

As per the government, delta variant is spreading faster in Bedford borough, Birmingham, Blackburn with Darwen, Blackpool, Cheshire, Greater Manchester, Lancashire, Leicester and Liverpool. However, latest figures also indicate that outbreaks are flattening in Bolton, Blackburn and other areas that were the first to be hit by the Delta variant.

Meanwhile, the sudden rise in Covid-19 cases has been driven by rapid spread in Delta variant that is responsible for 50 per cent rise in the country since May, a large prevalence study led by Imperial College London said on Thursday (17).

“Prevalence is increasing exponentially, driven by younger ages… and it appears to be doubling every 11 days. Clearly, that is bad news,” Steven Riley, professor of infectious disease dynamics- Imperial College London said, adding that the rapid rollout of vaccine doses to younger age groups should slow the spread down.

Although prime minister Boris Johnson has announced July 19 as the “terminus date” to lift Covid restrictions, delaying by four weeks, reported leaked SAGE documents suggest that some social distancing and measures like work from home, face masks and test and trace will stay in place even after lockdown rules come to an end in July.