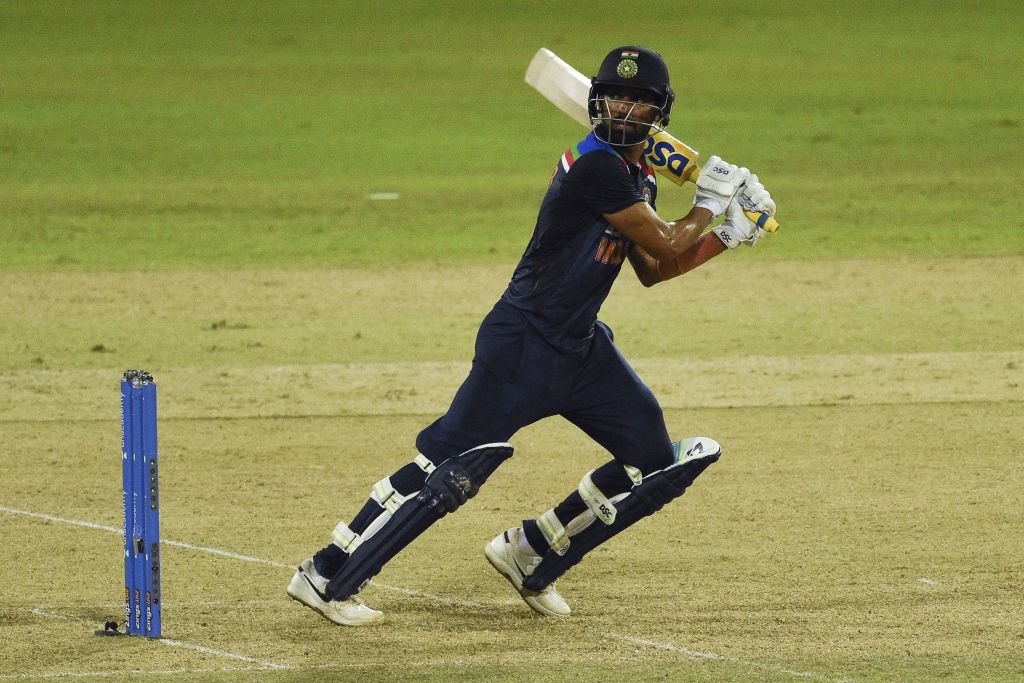 India’s Deepak Chahar plays a shot during the second one-day international cricket match between Sri Lanka and India at the R Premadasa Stadium in Colombo on July 20, 2021. (Photo by ISHARA S. KODIKARA/AFP via Getty Images)

NUMBER-EIGHT batsman Deepak Chahar hit an unbeaten 69 as India edged out Sri Lanka by three wickets in the second one-day international to clinch the series on Tuesday (20).

India chased down their target of 276 with five balls to spare as Chahar recorded his maiden ODI fifty after the tourists, who took an unbeatable 2-0 lead in the three-match series, slipped to 193-7 in Colombo.

Chahar, who also took two wickets with his pace bowling to limit Sri Lanka to 275-9, was involved in an unbeaten 84-run eighth-wicket stand with Bhuvneshwar Kumar, who made 19.

Karunaratne’s 33-ball knock added to the Sri Lankan total after Avishka Fernando (50) and Charith Asalanka (65) took on the Indian bowling.

The Dasun Shanaka-led Sri Lanka elected to bat first for the second time in the three-match series after losing the opener by seven wickets on Sunday (18).

Fernando got Sri Lanka off to a strong start with a 70-run opening stand with wicketkeeper-batsman Minod Bhanuka, who made 36.

Chahal broke through with two successive strikes, sending back Bhanuka and Bhanuka Rajapaksa for nought.

Fernando kept up the fight with his fourth ODI half-century and put on 47 runs with Dhananjaya de Silva for the third wicket. But the opener soon fell to Kumar after his 50 off 71 balls.

Bowlers struck back with middle-order wickets, but the left-handed Asalanka took the attack to the opposition with a maiden ODI fifty in his fourth match.

Karunaratne, who hit a quickfire in his team’s total of 262 in the opening match, stood firm after Asalanka’s departure in the 48th over to help Sri Lanka get 23 runs from the final 12 balls.

But Chahar came back with the bat and in Kumar’s company, he made sure India won the ODI series with a match to spare.

The final ODI is on Friday (23) at the same venue.