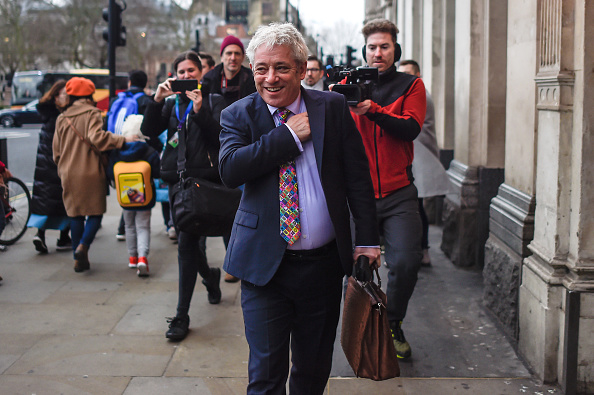 CONSERVATIVE party is “xenophobic,” Britain’s former parliament speaker John Bercow claimed on Saturday (19) as he announced his renewed political allegiance to Labour, after spending most of his political career as a Conservative legislator.

Known for clashing with prime ministers Boris Johnson and Theresa May over their approach to Brexit and treatment of parliament, Bercow said that he now believed  that Conservative party is “reactionary, populist, nationalistic and sometimes even xenophobic”.

Bercow told the Observer that he now wants to help the Labour Party “oust Johnson from office”.

“I am motivated by support for equality, social justice and internationalism. That is the Labour brand,” he said. “The conclusion I have reached is that this government needs to be replaced.”

Bercow says that despite Johnson’s professed commitment to “levelling up”, he has no interest in those less privileged than himself. He also describes the government’s decision to cut international aid as “utterly shameful”, calling Johnson “a successful campaigner but a lousy governor”.

As speaker from 2009 to 2019, Bercow brought attention to the normally low-key role with his distinctive calls for order and his readiness to aid lawmakers’ challenges to May’s and Johnson’s attempts at passing Brexit legislation.

Many Conservatives and Brexit supporters are said to believe that Bercow lacked the political neutrality required by the position of speaker.

Bercow entered parliament as a Conservative in 1997, and according to parliamentary convention his electoral district was not contested by other main parties after he became speaker.

Bercow’s migration comes after  Tories’ unexpected loss of the Chesham and Amersham parliamentary seat, where the Liberal Democrats overturned a majority of 16,000.

Referring to the byelection shock, Bercow said he believed many traditional Tories were dismayed by the Johnson government’s failure to match actions with words. He cited recent decisions to limit education catchup funding and to cut the international aid budget as examples of where its real priorities lay.

“ I think people in very large numbers are disappointed, in some cases disgusted, by what this government has done,” Bercow said.