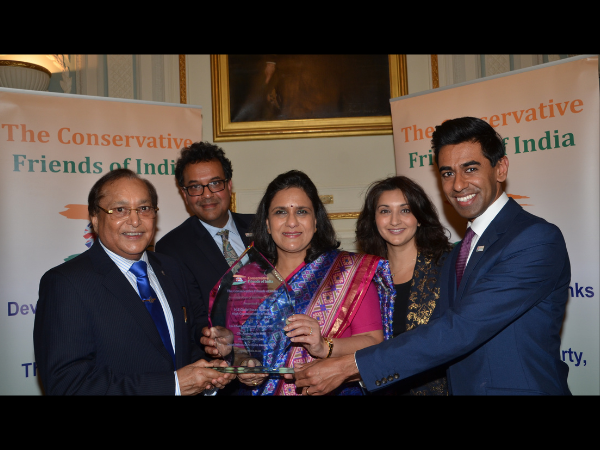 THE Conservative Friends of India recently held a farewell reception in honour of the outgoing high commissioner of India, Her Excellency Gaitri Kumar Issar.

High commissioner Issar began her service in May 2020, in the midst of the Covid-19 pandemic. She not only represented the high commission at the best of her capacity at a difficult time but also took a lead in championing relations post Covid. Her tenure included a number of high-profile virtual engagements, including with Indian prime minister Narendra Modi and the virtual JETCO (UK-India Joint Economic and Trade Committee) summit.

The chief guest at the reception ceremony was Sajid Javid, secretary of state for health. He praised the role the outgoing high commissioner played in strengthening bilateral relations, particularly during the pandemic.
High commissioner Issar was particularly instrumental in securing British support for India during its deadly wave last spring.

Co-chairs Ameet Jogia MBE and Reena Ranger paid tribute for the High Commissioner’s support for the Conservative Friends of India – both for virtual and in-person events.

Director Nayaz Qazi gave the vote of thanks and CF (Conservative Friends) India Patron Lord Ranger presented her excellency with an award for her service to the UK.