Charles is representing Queen Elizabeth II as the 54-nation club of mostly former British colonies grapples with questions over its future relevance and modern profile. 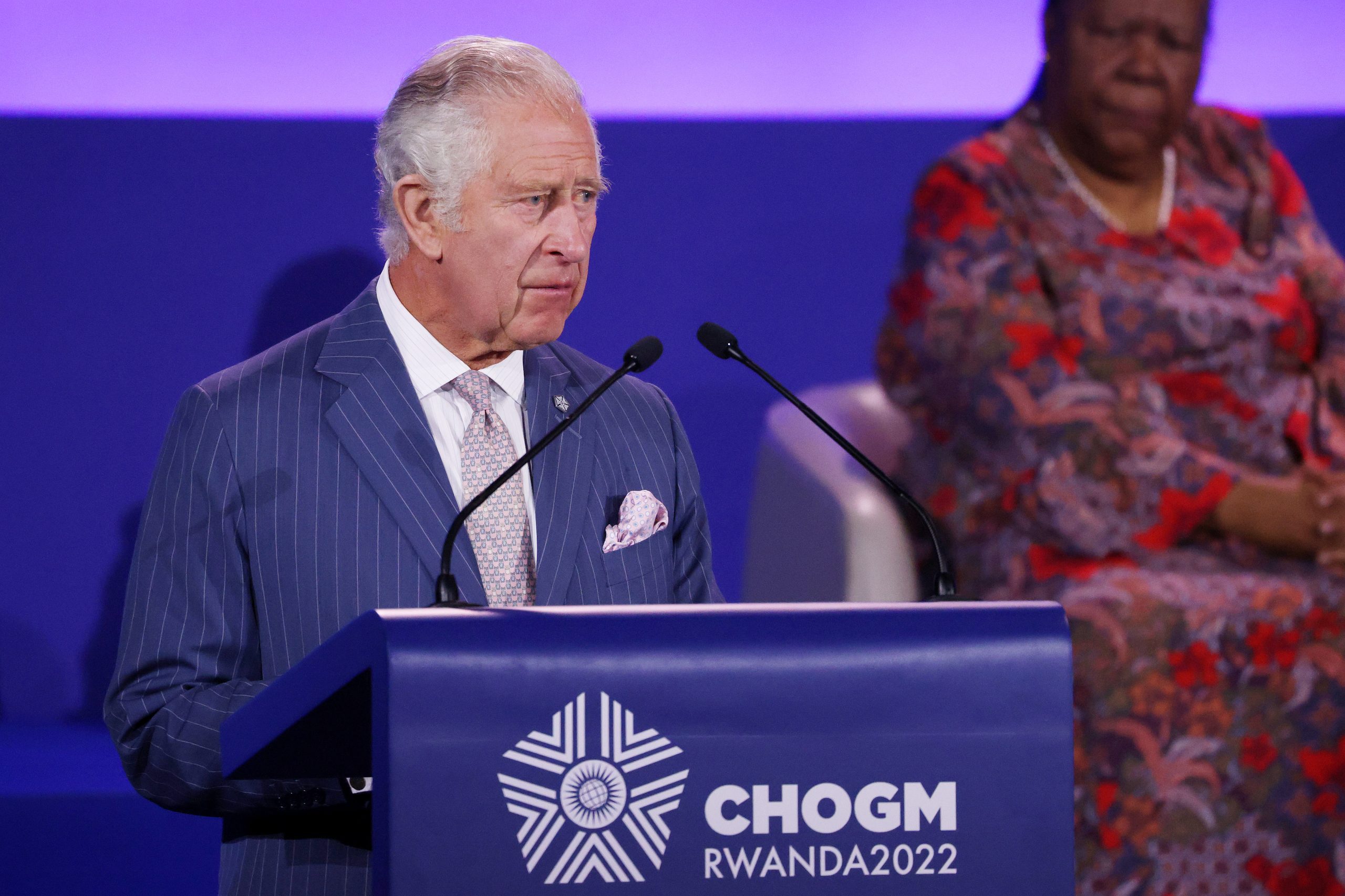 Prince Charles speaks during the opening ceremony of the Commonwealth Heads of Government Meeting at Kigali Convention Centre on June 24, 2022 in Kigali, Rwanda (Photo by Dan Kitwood/Getty Images)
Follow Us

Prince Charles told Commonwealth leaders Friday that the choice to become a republic or abandon the queen as head of state was theirs alone, and expressed “personal sorrow” at Britain’s legacy of slavery.

The British heir to the throne addressed the opening of a Commonwealth Heads of Government Meeting (CHOGM) in Rwanda as the host nation faced scrutiny over its rights record and a much-criticised migrant deal with the UK.

Charles is representing Queen Elizabeth II as the 54-nation club of mostly former British colonies grapples with questions over its future relevance and modern profile.

Republican movements are taking root in a number of Commonwealth nations and some are seeking reparations for colonial-era injustices like slavery.

Charles acknowledged the change underfoot and said the Commonwealth — which represents one-third of humanity — would always be “a free association of independent, self-governing nations”.

“The Commonwealth contains within it countries that have had constitutional relationships with my family, some that continue to do so, and increasingly those that have had none,” he told an audience of presidents and prime ministers.

“I want to say clearly, as I have said before, that each member’s constitutional arrangement, as republic or monarchy, is purely a matter for each member country to decide.”

He also acknowledged that the roots of the Commonwealth — which includes as members nations from Europe to Africa, Asia and the Americas — “run deep into the most painful period of our history”.

“I cannot describe the depths of my personal sorrow at the suffering of so many, as I continue to deepen my own understanding of slavery’s enduring impact,” he said.

Charles earlier Friday met British Prime Minister Boris Johnson, who has been defending his controversial deal to expel migrants from the UK thousands of miles away to Rwanda.

The scheme, which has stalled in the face of legal challenges, has been fiercely opposed by the UN, church leaders, rights groups and — reportedly — Charles himself.

“A lot of prejudices about Rwanda need to be blown away,” Johnson told British media in Kigali.

He has also heaped praise on President Paul Kagame for the “leaps and bounds” achieved in Rwanda, despite widespread concerns over a lack of political freedom and civil liberties in the tiny African nation.

Rights groups have openly questioned the suitability of Rwanda hosting the Commonwealth, which has a charter that enshrines respect for democracy and human rights as core shared values.

More than 20 rights groups and civil society organisations issued an open letter before the summit saying a “climate of fear” exists under Kagame, whose party came to power after the horrors of the 1994 genocide.

The Democratic Republic of Congo has also called on Britain to condemn Rwanda over its alleged “aggression” in the mineral-rich eastern Congo, where Kigali has been accused of stoking a rebellion.

Johnson himself is facing a political crisis back home after his Conservatives suffered a crushing defeat in parliamentary by-elections.

The Commonwealth’s closed-door summit meetings are missing some heavyweights, including Narendra Modi of India, South Africa’s Cyril Ramaphosa and Australia’s Anthony Albanese who sent envoys in their place.

The body has come under scrutiny over its relevance but supporters say the expansion of membership to nations with no historic ties to Britain underscores its value and prestige.

The two newest members are Mozambique and host Rwanda, while west African states Togo and Gabon are expected to join the club at the summit.

“The fact of holding this meeting in Rwanda, the new member with no historical connection to the British empire, expresses our choice to continue re-imagining the Commonwealth for a changing world,” Kagame said.

The secretary-general of the Commonwealth, Patricia Scotland, was narrowly re-elected Friday for another two years at the helm after a bruising campaign.She defeated challenger Kamina Johnson Smith of Jamaica, who had the backing of the UK, which had expressed dissatisfaction with Scotland’s stewardship of the organisation.