Muhammad Ibrahim Ali’s family says nothing can replace the loss. 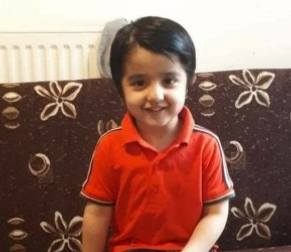 A primary school child in Buckinghamshire died of Strep A as the total number of fatalities from the bacterial infection in the UK has gone up to four.

Muhammad Ibrahim Ali, 4, died on November 14, following a cardiac arrest, his family confirmed, saying “nothing will replace” the loss.

Ali’s grieving mother Shabana Kousar said the boy was “very helpful around the house and quite adventurous.”

She said the pupil of Oakridge School and Nursery in High Wycombe “loved exploring and enjoyed the forest school.” For him, Monday was the best day of the week.

“He also had a very close bond with his dad,” she told Bucks Free Press, adding, “He was his best friend and went everywhere with him.”

“We want to create a lasting memorial in the school so that there is always a place at Oakridge for Ibrahim – a place where he was so very happy,” he wrote in a tribute posted on the fundraising platform JustGiving which raised £4403 for him.

“Any money donated through ‘Just Giving’ will go towards his memorial and a charity of the family’s choosing,” Cook said.

The UKHSA confirmed the death of an East London school pupil after contracting Strep A, while a seven-year-old child studying at a Penarth school in Wales also succumbed to the bacterial infection.

A six-year-old pupil who died in Surrey on November 22 was the fourth fatality.

“These include a sore throat, fever and minor skin infections and can be treated with a full course of antibiotics from the GP,” Chow said.

“In rare incidences, it can be a severe illness and anyone with high fever, severe muscle aches, pain in one area of the body and unexplained vomiting or diarrhoea should call NHS 111 and seek medical help immediately,” the health consultant said.