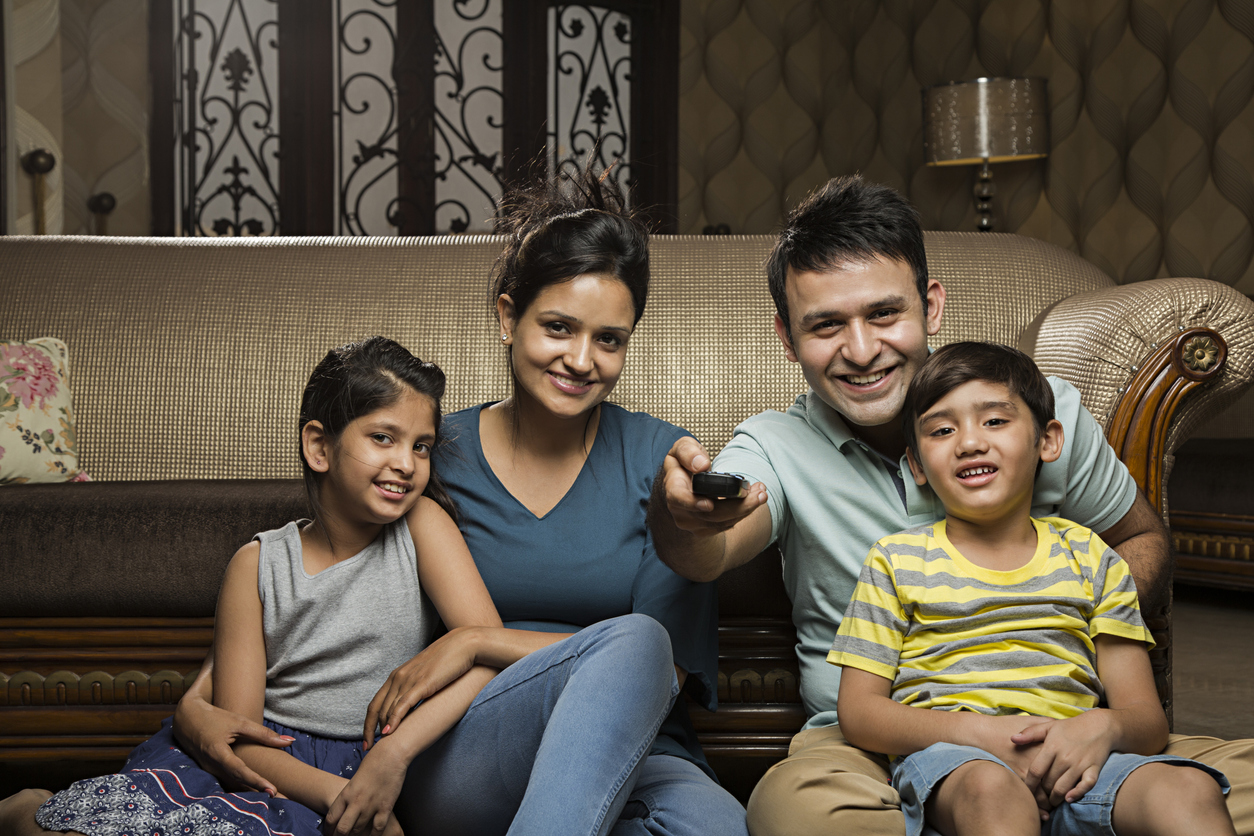 ‘WASTE OF TIME’: Research into viewing habits of ethnic minority audiences did not ask the right question, says expert.

EVERY Sunday, we had a ritual in our family. It was 1969, and like tens of thousands of new arrivals from India, we would sit in front of our black and white televisions to watch Nai Zindagi Naya Jeevan.

Translated, it means ‘New Life, New Life’ but we can take it to mean ‘New Life, New Beginnings’. Mahendra Kaul and Salim Shahed, two avuncular presenters who oozed warmth, showed us how Britons expected us to behave.

Remember, this was a time long before chicken tikka masala was our national dish, or going for a curry on a Friday night, or the wonderful Goodness Gracious Me, which poked fun at ourselves and our white neighbours. It was the time when we were considered smelly, dirty foreigners who never washed.

Ironic, considering our white neighbours would douse themselves in talcum powder and deodorant, while my sisters would often scrub me to within an inch of my life. I digress.

Nai Zindagi was the only TV show where someone looked like me or appeared to give two hoots about me. The BBC’s public service remit meant it set up the “multicultural unit”, which operated from Birmingham – something familiar about that idea, no?

For south Asians it meant Network East and Desi DNA, which spawned some big names. Remember Sanjeev Bhaskar, Krishnan Guru-Murthy and Sanjeev Kholi? They all cut their creative teeth on these shows. That’s on-screen talent.

Behind were people like Paresh Solanki, Aaqil Ahmed and Tommy Nagra. I note the absence of female names. But, if I’m not mistaken, one Meera Syal did appear on Nai Zindagi explaining why south Asian women should have careers, much to the consternation of the men in the studio.

I hark back to those days because last week, Ofcom trumpeted its latest attempt to show it truly cares for minorities. The report declared, “Ofcom commissioned Ethnic Dimension, a research agency that specialises in working with minority ethnic communities, to conduct research to help understand awareness and expectations of broadcasting standards among the audiences of TV channels and radio stations aimed specifically at minority ethnic communities in the UK.”

Yippee-de-do-dah. Are we really supposed to be impressed? This is 2021, and not 1971. What an absolute waste of time, money and effort.

Its conclusions are so prosaic as to be offensively fatuous. “The research found that channels aimed at minority ethnic communities play a key role for these communities and are highly valued by them. Most participants said that engaging with these services gave them a sense of belonging and connection to their ethnic communities.

No s***, Sherlock. And just remind me, how do I make an omelette? Do I need to break eggs first? And should I add salt before or after I whisk the eggs? I found myself going through the stages of grief – only, I couldn’t get past the anger stage. I know as a person of colour I can’t afford to get angry, because we’re aggressive, not assertive in our views; we inflame the sensitivities of white folk, and we scare them.

I don’t need a report to tell me what five million south Asians know, but is never mentioned in this “study”. Broadcasters don’t give a fig about people of colour or what we want. They pay lip service to the programmes we want to make and see.

That is because white people still hold the levers of power, and they will never allow a critical mass to challenge their thinking. They have never walked in our shoes. They will never walk in our shoes. And like the colonials who exploited – and eventually divided – India, they find people of colour who will say and do what their white masters want.

Of course, my fellow ethnic brothers and sisters will be appalled by my words. To those who disagree, I say this. I came to the UK in 1969. I became a broadcaster in 1981. I was a non-executive director of Ofcom for five years. I have worked for and with parliamentarians.

I have had close dealings with UK government departments. I understand the rules of the game. But if we agree that a generation is 20 years, why are we still having to bang on about diversity and inclusion in the third decade of the 21st century?

The time for Ofcom to realise it is not fit for purpose is now. It didn’t ask the right question. That question is – why are people of colour so disenfranchised from mainstream media?