British doctors are fighting health myths and misinformation on TikTok

Dr Idrees Mughal is tagged in around 200 videos a day by users asking him about dubious claims. 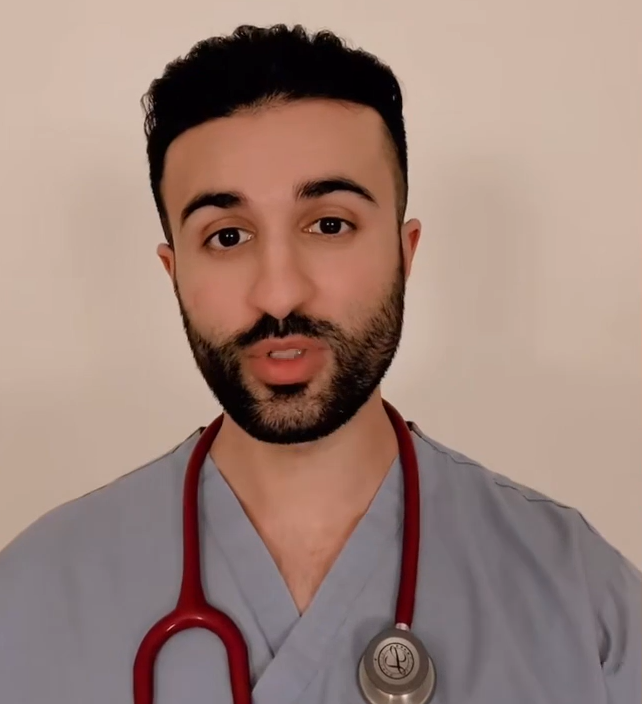 Though social media platforms and applications provide an easy and effective way to communicate, share ideas and stay connected with family, friends, and professionals, they can also prove to be a vehicle to spread inaccurate information.

Some of this is health-related misinformation spread by unqualified influencers, reports the Times.

Experts say that even though people know better, they often tend to trust incorrect or misleading information to make future health decisions.

The reason people are easily influenced by false statements is that inaccurate statements are encoded into memory more easily in comparison to critically evaluating and analyzing what has been heard.

Later on, the misinformation is recalled first, as less work is required to recall material that is recently presented, says psychological scientist David Rapp (Northwestern University) in an earlier report featured in Psychological Science.

He is quoted as saying, “If it’s available, people tend to think they can rely on it. But just because you can remember what someone said, doesn’t make it true.”

Fortunately, there is a growing number of health professionals who are reportedly taking it upon themselves to tackle this misinformation, including British doctors who are now finding fame on the social application, TikTok by debunking dangerous health myths.

According to The Times report, Dr Idrees Mughal, 27, a hospital doctor in the West Midlands who has a medical degree and a master’s in nutritional research has a million followers on TikTok after challenging fake science on the popular social application.

He is reported to be tagged in as many as 200 videos a day by users asking him about dubious claims.

According to Dr Mughal, one of the most popular narratives put forward by many “wellness-focused” creators is that carbohydrates are inherently fattening.

“That’s probably up there with the most persuasive and it’s making people terrified to consume a doughnut,” he said.

“It stems from the carbohydrate insulin model of obesity, [which has] been misinterpreted. Total calories will always be the key contributor to weight gain,” he affirms.

Each TikTok video that lasts for 60 seconds, takes Dr Mughal at least four hours to create. This is because he reportedly scours medical journals to ensure the highest accuracy.

“I have a literature review process,” he said. “I analyse a broad range of studies and formulate what I think aligns with the scientific consensus.

“The reason why there have been headlines about sweeteners causing cancer is because when you feed a rat 500 times the dose of the sweetener repeatedly . . . yes, you might get some issues,” he stated.

Speaking about why people rely on misinformation and believe it too, Dr Rapp says that since we are bombarded with tons of information on a daily basis – it’s a nightmare to critically evaluate all of this information.

He is quoted as saying, “It’s not that people are lazy, though that could certainly contribute to the problem. It’s the computational task of evaluating everything that is arduous and difficult, as we attempt to preserve resources for when we really need them.”

Dr Karan Raj, an NHS surgeon and clinical lecturer with almost five million followers on TikTok is reported to have “lost count” of the claims he has discredited, reported the Times.

“Recent highlights include debunking the fact that lemon juice is good for acid reflux — it’s not,” he said. “When you offer people simple, jargon-free advice and explanations in a non-combative way their preconceived beliefs about fallacies are often reversed.”

On the other hand, Dr Mughal is reported to have told the New York Times that misinformation is so ubiquitous he is tagged in 100 to 200 videos a day from users requesting that he debunk claims.

But even though the doctor is very thorough and meticulous about the information he shares online, abuse against him seems to be rife, reports the Times.

Influencers who are unqualified, post misinformation and they far outnumber the experts debunking this information. Moreover, they are also frequently harassed by other users for their efforts.

“For every large creator who is genuinely evidence-based, you’ve got 50 or 60 big creators who spread misinformation,” says Dr Mughal.

He adds, “There’s many other doctors out there who want to educate the public, but they’re scared of the backlash.”

Dr Mughal too, reportedly receives “hundreds and hundreds” of comments saying he has been “paid off by big pharma” and he’s a “terrible doctor.” But despite these discouraging comments, the doctor seems to be happy that his content has a positive impact on people.

He is quoted as saying, “I get up to 70 messages a day from people saying that I’ve helped them with their food anxiety and that they now know where they can find accurate information.”

A TikTok spokesperson said: “Our Community Guidelines are clear that we do not allow medical misinformation that could cause harm, and we work closely with our fact-checking partners to assess content that violates these policies.

“We continue to invest in digital literacy education aimed at helping people evaluate and understand content they engage with online.”