British Airways to take advantage of collapse of Jet Airways 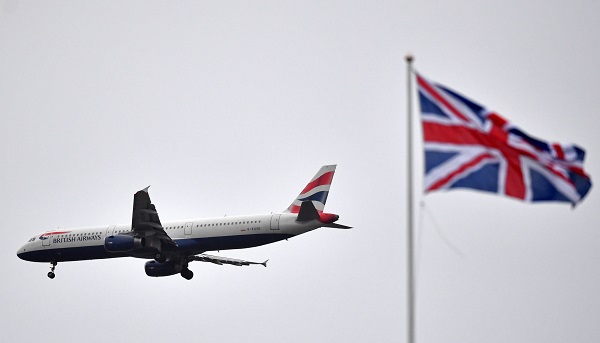 BA said it would scrap its daytime flights from Johannesburg to Heathrow from June 2 as the carrier aims to raise its number of flights to India after the collapse of Jet Airways (Photo: BEN STANSALL/AFP/Getty Images).

BRITISH AIRWAYS (BA) has moved ahead to take advantage of the collapse of India’s cash crunch hit Jet Airways.

Following rise in demand from passengers and the temporary suspension of services of Jet Airways , BA will rise the number of flights to Mumbai from 14 to 18 a week.

BA said it would scrap its daytime flights from Johannesburg to Heathrow from June 2 as the carrier aims to raise its number of flights to India after the collapse of Jet Airways.

The Boeing 787 Dreamliner flights would be used to start its service from June 2 between Heathrow and Mumbai.

A spokesperson for British Airways was quoted in Independent: “We’ll be increasing our Mumbai service from 14 to 18 flights a week due to increased customer demand.”

Jet Airways has bank debts of £928 million. It has also defaulted on salary payments to its employees and lessors.

The Indian carrier said it plans to restart its all domestic and international services even though lessors have repossessed its many aircraft and many staff members have quit the airline to join other companies.

The chief executive of Jet Airways, Vinay Dube, told an Indian TV channel that the company required “a little over a thousand crores” or £110m to restart it services.

“Get a reasonable amount of aircraft flying again, which gives us the platform from which we can rebuild and we can do that a few weeks after this funding is made available,” Dube added.