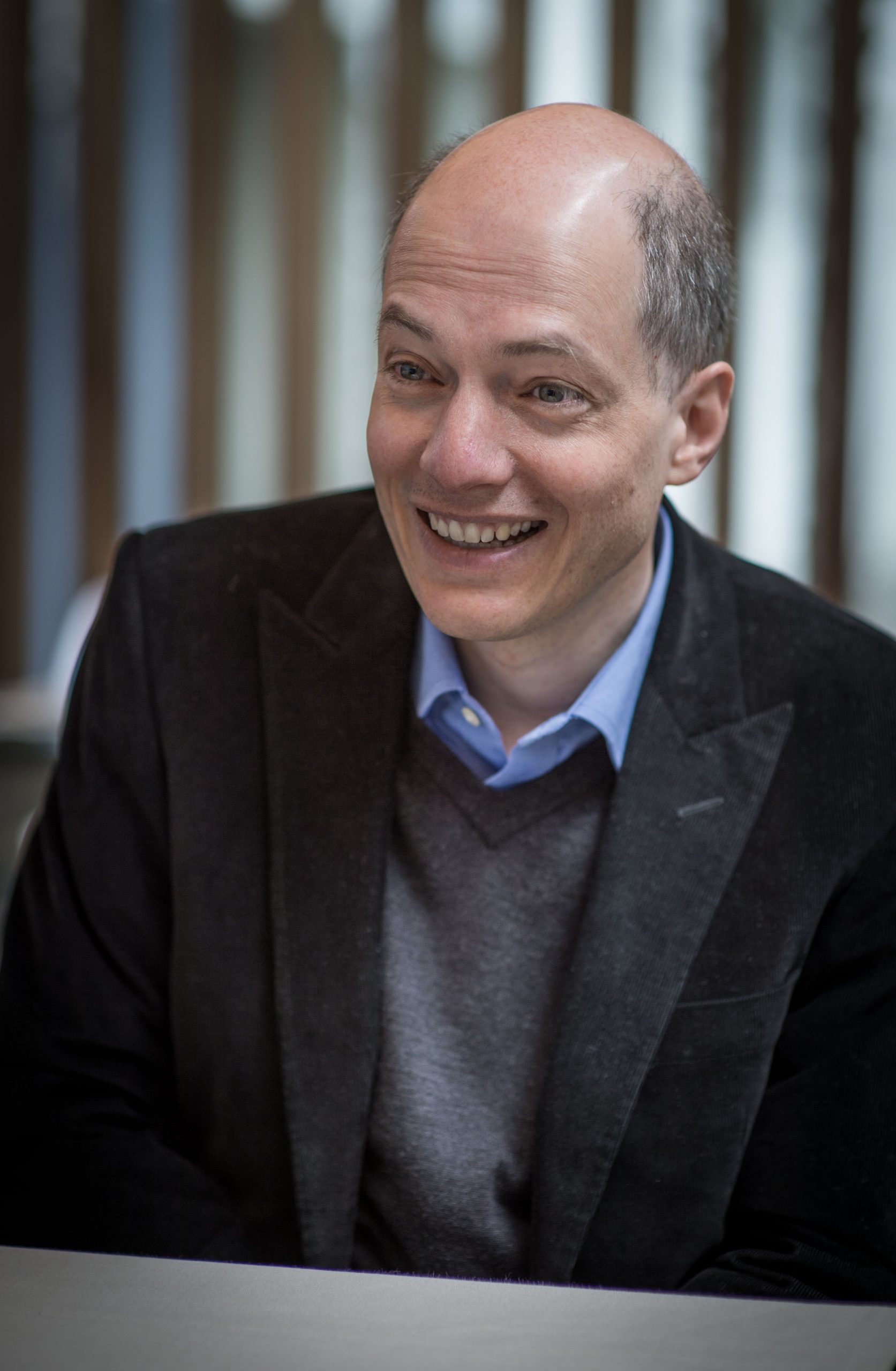 LIKE most global events, this year’s Jaipur Literary Fest (JLF) was cancelled due to the pandemic. But to ensure some cerebral stimulation in these mind-numbing days, organisers took the festival online with their ‘Brave New World’ series.

Although the virtual event did lack the buzz of Jaipur, thousands logged on to catch up with top international writers, academics and artists through live video streaming sessions. As JLF co-director William Dalrymple said, that was “Jaipur in exile”.

These are some vignettes from a few riveting sessions relevant to the times.

WRITER and Congress MP Shashi Tharoor has said the biggest revelation of the pandemic was the “ailments” in global governance system.

In a dialogue with Syam Saran from the Observer Research Foundation, Tharoor said the global response to coronavirus showed the “waning legitimacy of international institutions”.

A prime example, he pointed out, was the US slamming the WHO [World Health Organization] for adhering to the “Chinese line” when it came to Covid-19, even as Washington itself was guilty of often “dictating terms” to global bodies.

Tharoor said the global governance system has been plagued by “politicisation, manipulation, lack of representation and lack of independence”.

Moreover, he added, the “extraordinary” rise of “nationalism and national sovereignty” had led to a world “less willing to cooperate, less able to do so as they were all putting up their own barriers”.

Tharoor believed that had global institutions been more effective and had there been more international cooperation, the “world would have identified the coronavirus as soon as it emerged, and the institutions would have sounded a global alarm earlier”.

“This didn’t happen… this is a disorderly world,” he said, referring to a new book he has co-authored with Saran, The New World Disorder and the Indian Imperative.

Tharoor, who was a former UN under-secretary, rued that the international body is “massively out of date in all sorts of ways”.

He noted that the UN “still reflects geopolitical realities of 1945 rather than of 2020”, with power vested in the clutches of a few countries.

The “inability to change” had weakened the UN, he said, adding that he hoped to see world leaders “sit down collectively to learn lessons” from the pandemic. They should come to an agreement that “somethings we got messed up and somethings we can do better”, he said.

It was “high time” for collective efforts to have international bodies “strengthened and reformed”, explained Tharoor, noting that India has emerged as an “influential voice” that could “play a much bigger role on the world stage”.

Talking about India, the Congress MP, who claims to be a “habitual critic” of Narendra Modi, surprised the audience as he showered some praise on the country’s prime minister. “I have to take my hat off… he has constantly motivated people,” he said.

Mukherjee: Coping with a new normal

Speaking from his study in New York, where the coronavirus toll is among the highest in the US, he started the dialogue by describing the grim view from his window: “The streets are empty, the wind is blowing… the only sound is of ambulances rushing up and down.”

Mukherjee, known for his masterpiece The Emperor of All Maladies, said the way the outbreak flared out of control indicated “several failings” at various levels.

“It’s a reminder that we have created a global world that worried about bio-terrorism, but didn’t worry about biology itself,” he added. “And in doing so, we put ourselves up for the kind of peril which was not avoidable, but was much, much containable than the one we have.”

The US, Mukherjee pointed out, was late by at least one month to respond to the situation, as the first case in the country was registered in mid-January, when a person who had returned from Wuhan in China underwent tests for a dry cough in Washington.

The country was “desperately unprepared” for the outbreak, he added.

One of the biggest challenges facing the world was “dealing with a virus that has an extraordinary exponential capacity to grow. Two becomes four… four becomes 16… and so on”.

He also highlighted the virus’ “asymptomatic character”, wherein a person could have the virus and transmit it, but show no symptoms.

Next came the use of “repurposed drugs”, or re-introducing medicines used to fight earlier epidemics, he said, citing the trials using remidisivir that had been effective in treating Ebola.

The third phase, he said, would see the use of man-made antibodies. That is, using antibodies from Covid-19 patients who have recovered to treat those still suffering from the infection.

Mukherjee added that he was in talks with the Gates Foundation to explore antibodies possibilities in India, along with entrepreneur Kiran Mazumdar Shaw’s Biocon.

Antibodies, however, would serve as only as “a big Band Aid”, he noted. “Vaccines are the answer,” he said. “But they could take 12-18 months to develop.”

Vaccine testing would also take a long time, as one had to be “really sure” about not giving the disease to a healthy person.

Mukherjee concluded that humanity would have to cope with a “new normal”, as it could not “walk out of this crisis without a medical solution”.

Gradually, he added, “people will go out in fear” with protective gear such as gloves and masks even if effective treatment was available. “The disease is awful enough that you don’t want to contract it,” he said.

SITTING in his “tiny, two-room rented apartment” in Japan, Pico Iyer said, “All of us are going nowhere… and that doesn’t have to be a bad thing.”

In a discussion with publisher Meru Gokhale, the British-Indian writer, who has been living in the city of Nara with his wife Hiroko Takeuchi since 1992, quoted Shakespeare as he reflected on the current times: “There is nothing either good or bad, but thinking makes it so.”

Iyer, who was “in a bit of a cocoon”, said he was soaking in life, enjoying the view of cherry blossoms and listening to nightingales teaching young ones to sing, from his window.

Iyer offered a word of advice for the busy world: “Now is the chance to reboot.”

Aptly named “The Art of Stillness” (adapted from the title of one his more popular books), the session underlined the beauty and essentiality of solitude, silence and stillness.

All his globe-trotting experiences wouldn’t have meant anything had it not been punctuated with stillness, he revealed.

“Travel, to me, is like going to a market and gathering lots of ingredients… but stillness is where I turn them into a meal.”

Iyer added that he found it “very hard to be moved” while “running around”.

“Travel is not a necessity,” he said, “but sitting still and making sense of life is a necessity. If we work with stillness the right way, I think, it opens doors to what you have forgotten about.”

Also, exploration or adventure need not involve long journeys, he noted as he described discovering recently a picturesque bamboo valley just five minutes away from the street where he has been living for nearly three decades.

Having “interested eyes” was paramount, he said. The fact that “we don’t know what’s going to happen tomorrow” should remind one to absorb maximum “beauty, joy and wonder right now”.

A major turning point in his life, the writer revealed, was meeting “a ragged man in a tattered gown” wearing wired glasses at a Zen Buddhist monastery in Los Angeles.

It was Canadian singer and songwriter Leonard Cohen, who had seen the peak of the “sex, drugs and rock’n’roll” days, but found “the greatest fulfilment” in “scrubbing the floors of the monastery” and “cooking for his fellow monks”.

That meeting eventually led Iyer to leave his high-flying life in New York and seek solace in Nara’s serenity.

Iyer viewed the pandemic crisis “just as a hiatus… a temporary cloud covering the world”. And, he added, it was an ideal time for one to choose whether “you want to be racing around or have a richer life being quiet” in the long run.

“WE ARE allowed to lose our heads,” said Alain de Botton, as he waxed eloquent on the frailties of human life in a session titled “Life Under Lockdown”.

He explained it was perfectly okay to not feel okay during times like these. The pandemic should act as a reminder that “to be human is to be very alive to danger and suffering”. And it would serve humanity well to remember that “we will all be humbled by the forces of death in the end”.

“The more, in a strange way, we are able to see suffering as written into the contract of existence, we may be able to find reserves of patience and tolerance within ourselves,” said the founder of School of Life in London.

The “silver lining”, Botton added, was that such realisations could be the “route to charity, both towards ourselves and others… and fellow feeling”.

From his experience at the helm of School of Life, Botton said the primary cause of the current generation’s discontent could broadly be termed as “modernity”.

“Problems of existing in a world where technology, science, the situation around religion, around politics, around economics have conspired to create a whole range of social and psychological pressures that otherwise previous ages didn’t necessarily know,” he said.

“Life,” Botton insisted, “is a crisis – even outside this [coronavirus] crisis.” The “trick of life” was not about being happy or unhappy but “to make whatever mood you are in work for you”.

He believed a major cause of disappointment for “modern society” was viewing every situation that was out of control as “an offence, a humiliation”.

The ongoing crisis, he underlined, was a grim reminder that “humans are not in control”. Instead of taking it as “an insult”, one should “see it as a lesson, a kind of wisdom”.

According to Botton, the night sky was a wonderful teacher of humility. “Every night, just look at the stars and you are being given a gentle and dignified reminder of your own tininess and insignificance in the larger mysterious realm.”.

Feeling insignificant, he added, was “far from being a depressing thing”, as it could “relieve the ego from the pressure… to assert itself to try and establish its dominance”.

“To feel small and powerless is, oddly, not just a humiliation, it can be a route to peace.”