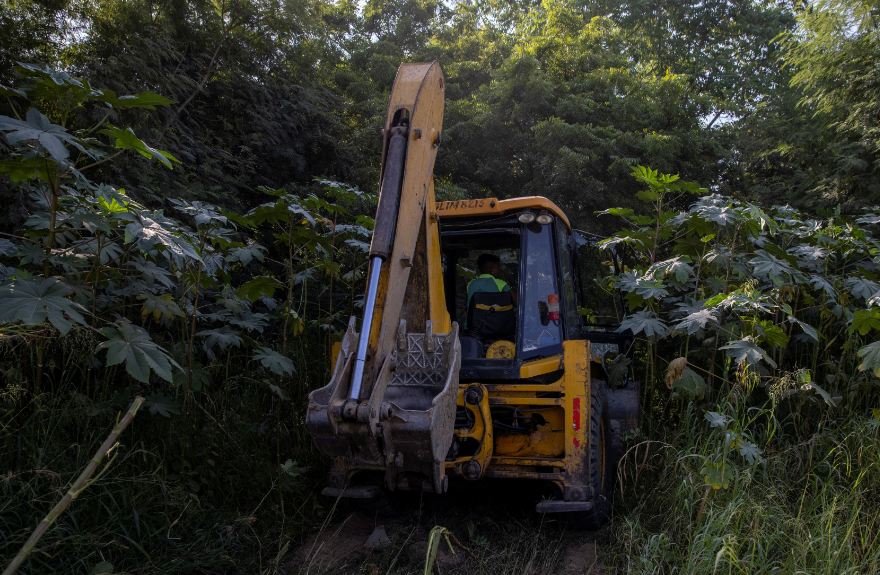 An excavator clears an area for a new burial site for the victims who died from the coronavirus disease (COVID-19), at a graveyard in New Delhi, India, October 6, 2020. REUTERS/Danish Siddiqui

AS the toll from the Covid-19 pandemic increases on a day-to-day basis workers clear space to add 400 graves to the Indian capital’s oldest functioning cemetery.

On Tuesday(6) workers cleared undergrowth from wasteland beside the ruins of historic city walls in the Islamic graveyard of Jadid Qabristan in Delhi.

India’s total coronavirus cases rose by 61,267 in the last 24 hours to 6.69 million on Tuesday, data from the health ministry showed.

India’s death toll from the novel coronavirus rose past 100,000 on Saturday(3), only the third country in the world to reach that bleak milestone, after the US and Brazil, and its epidemic shows no sign of abating.

Since its first virus burial in April, the Jadid Qabristan has seen more than 700 funerals on a patch of adjoining wasteground designated for pandemic victims.

“We weren’t expecting that we will have to clear more land for the graves,” said head gravedigger Mohammad Shameem, a 38-year-old in a pale green traditional tunic, who is the third generation of his family to work in cemeteries.

A respite in infections has cut virus burials to about four a day, from 10 in the summer, but Shameem said the graveyard, founded in 1924, would soon be at capacity.

“The way things are moving, I think we will clear the last remaining patch of land for graves in the coming months.”

Hindus, who make up the majority of India’s population of about 1.3 billion, are typically cremated after death, but its estimated 200 million Muslims typically bury their dead.

Like the workers at a nearby crematorium for Hindus, Shameem said he often faced difficult conditions.

“We are doing so much work for the last eight months, but there has been hardly any help from the government, in terms of personal protective equipment,” he said. 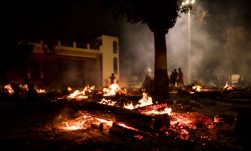 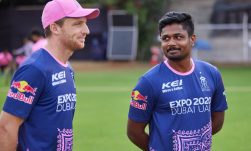 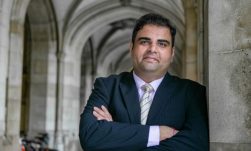