Black box of crashed Nepal aircraft to be sent to Singapore for examination: Official

Nepal decided to take the black box to Singapore as the two countries have a memorandum of understanding to assist in the field of aviation. 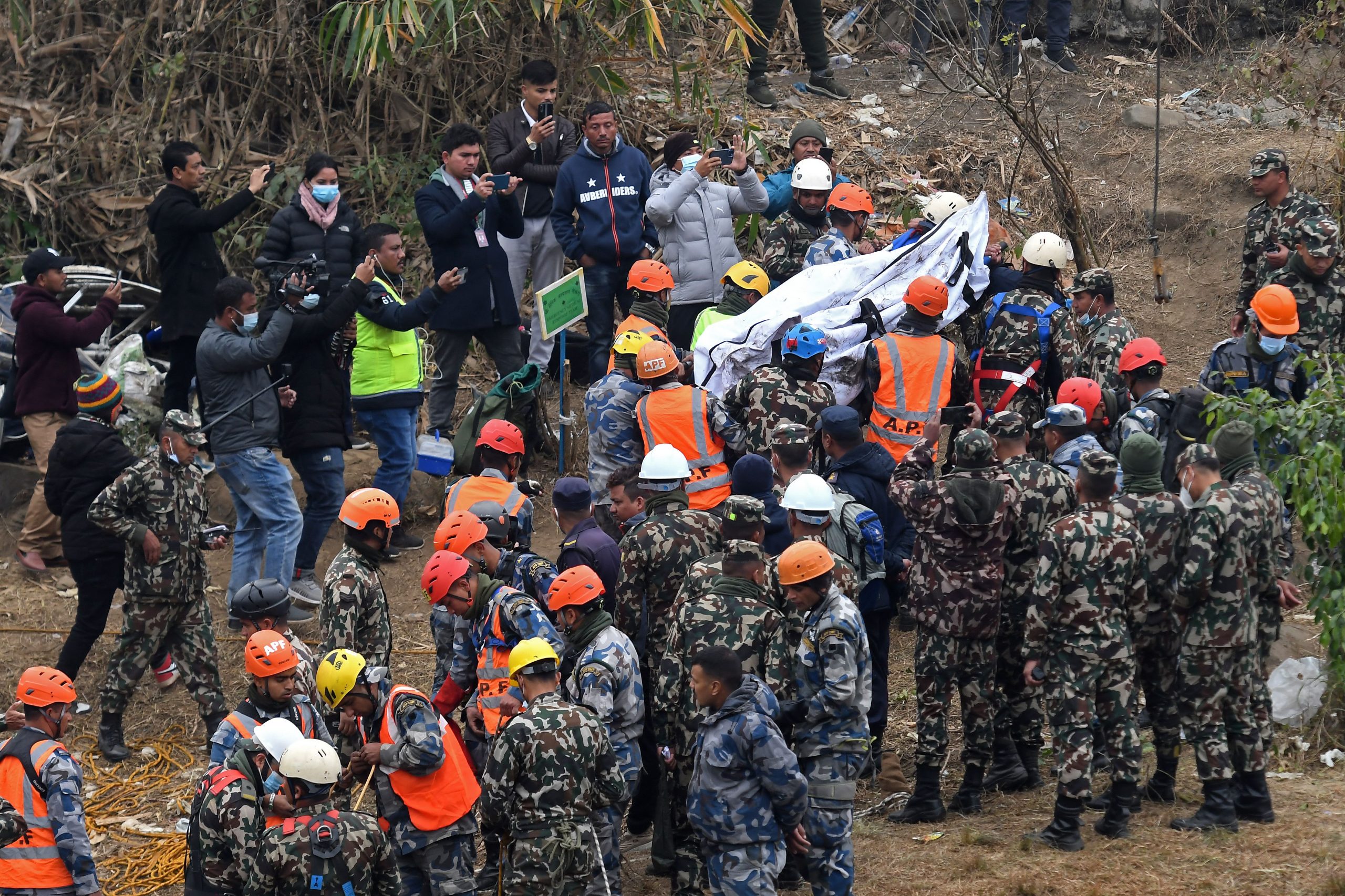 (Photo by PRAKASH MATHEMA/AFP via Getty Images)
Follow Us

Nepal will send to Singapore for examination the black box of Yeti Airlines that crashed in Pokhara, killing all 72 people, including five Indians, on board, a senior official said on Wednesday. Buddhi Sagar Lamichhane, who is a joint secretary at Nepal’s Tourism Ministry and also a member of the probe committee of the air crash, said that three members of the investigation panel would be flying soon to hand over the black box to Singapore’s Transport Safety Investigation Bureau.

“Our team is heading towards Singapore in a couple of days carrying the black box,” Lamichhane said, amid reports that the team would leave on Friday.

Nepal decided to take the black box to Singapore as the two countries have a memorandum of understanding to assist in the field of aviation.

“The examination of the black box in Singapore is free of cost,” Lamichhane was quoted as saying by The Kathmandu Post newspaper.

The black box contains two types of recording devices – a flight data recorder (FDR) and a cockpit voice recorder (CVR). It is likely to give the investigators an insight into the last conversations between the pilots and the aviation control room.

All 72 people– 53 Nepalese passengers, 15 foreign nationals, including 5 Indians, and four crew members — were on board the ATR-72 aircraft when it crashed in a river gorge in Pokhara on January 15.

On Tuesday, Nepal’s health officials said they have handed over 60 bodies, including that of 5 Indians, to the relatives of the victims.