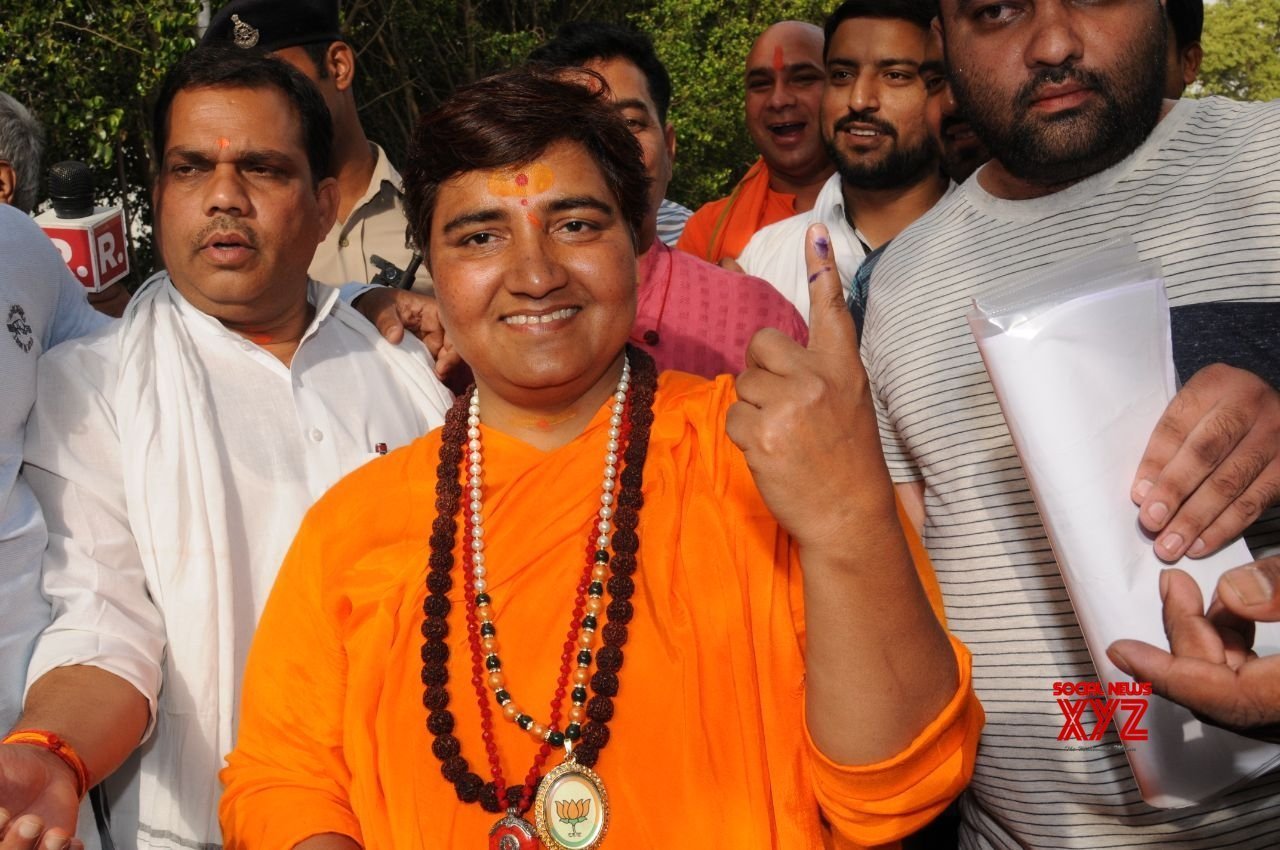 BJP’s Bhopal Lok Sabha seat candidate and Malegaon blast accused Pragya Singh Thakur on Thursday (16) kicked up a row as she called Mahatma Gandhi’s assassin Nathuram Godse a “patriot”, but apologised for it hours later and withdrew the statement.

The BJP distanced itself from her statement saying it did not agree with her, as “Mahatma Gandhi’s killer cannot be a patriot”.

This is the second time in a month that Pragya Singh has apologised for a controversial statement made by her.

Last month, she had stoked a controversy when she said that IPS officer Hemant Karkare had died during the 26/11 Mumbai terror attacks as she had “cursed” him for torturing her. She had apologised for the controversial remark later and also retracted that statement.

Talking to a news channel in Agar Malwa in Madhya Pradesh on Thursday afternoon, Thakur said: “Nathuram Godse was a ‘deshbhakt’ (patriot), he is and will remain a ‘deshbhakt’. Those calling him a terrorist should instead look at themselves. They will be given a befitting reply in this election.”

She said this in response to a question over actor-turned-politician Kamal Haasan’s remark that free India’s first terrorist was a Hindu”, a reference to Nathuram Godse.

Pragya Singh was in Agar Malwa to take part in a road-show of Mahendra Solanki, BJP’s candidate from Dewas Lok Sabha seat.

Hours later, her spokesperson and BJP leader Dr Hitesh Bajpai said that she has apologised for her remark.

“Pragyaji has apologised for her statement,” Bajpai said.

The Madhya Pradesh BJP distanced itself from her statement.

“BJP does not agree with her statement. The party will talk to her under what circumstances she gave the statement.

Condemning her statement, senior Congress leader Digvijaya Singh said in Ujjain that praising Godse was not patriotism, but an “anti-national” act.

He also demanded an apology from prime minister Narendra Modi and BJP chief Amit Shah over her remarks.

“Narendra Modi ji, Amit Shah ji and BJP leaders from Madhya Pradesh should apologise to the country. I condemn the words used against the Father of the Nation. Nathuram Godse was a killer and eulogising him is not patriotism, but an anti-national act,” the former Madhya Pradesh chief minister told reporters in Ujjain.

Kamal Haasan, while addressing an election campaign rally at Aravakurichi (Tamil Nadu) on May 12, had said: “I am not saying this because this is a Muslim-dominated area, but I am saying this before a statue of Gandhi. Free India’s first terrorist was a Hindu, his name is Nathuram Godse. There it (terrorism, apparently) starts.”

“If the killer of the father of the nation is a patriot does that make Mahatma Gandhi anti-national?” Abdullah said in a tweet, though he did not name Thakur.