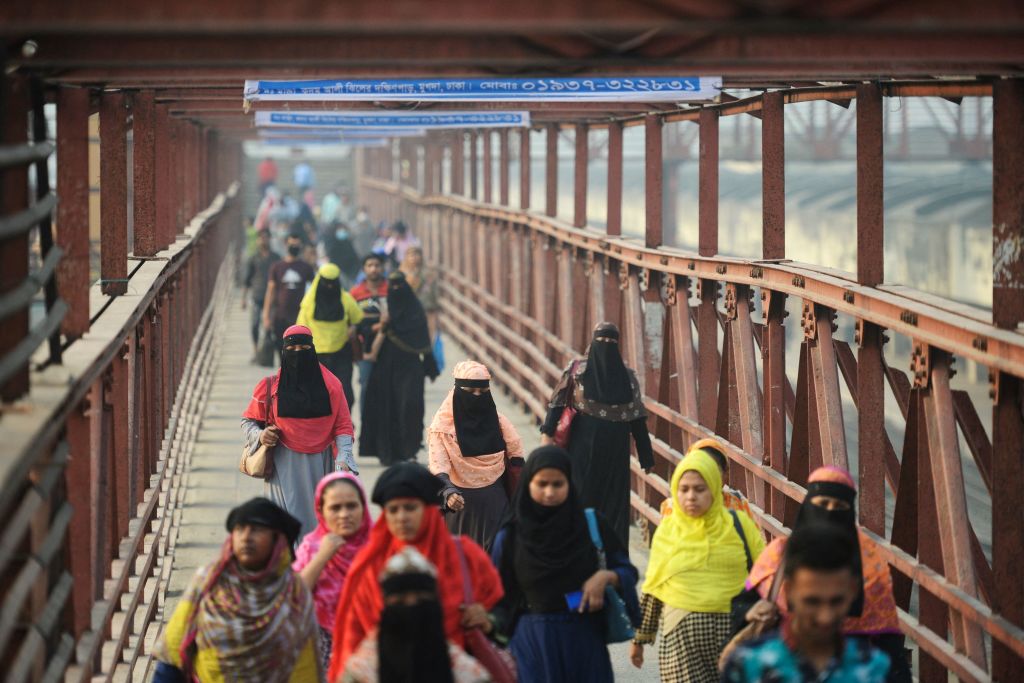 Workers walk through a bridge for work at a garment factory in Dhaka. (Photo by MUNIR UZ ZAMAN/AFP via Getty Images)
Follow Us

A group set up by European fashion brands to improve factory safety in Bangladesh has sought a stay on a court order that calls for its local operations to end this week, its executive director said on Wednesday (28). The group comprises more than 200 firms including global clothing giants such as H&M and Zara-owner Inditex who are signatories to the Accord on Fire and Building Safety in Bangladesh, formed after the Rana Plaza factory collapse in 2013, which killed more than 1,100 people. The five-year pact was set to expire in May 2018 but its brand signatories agreed last…