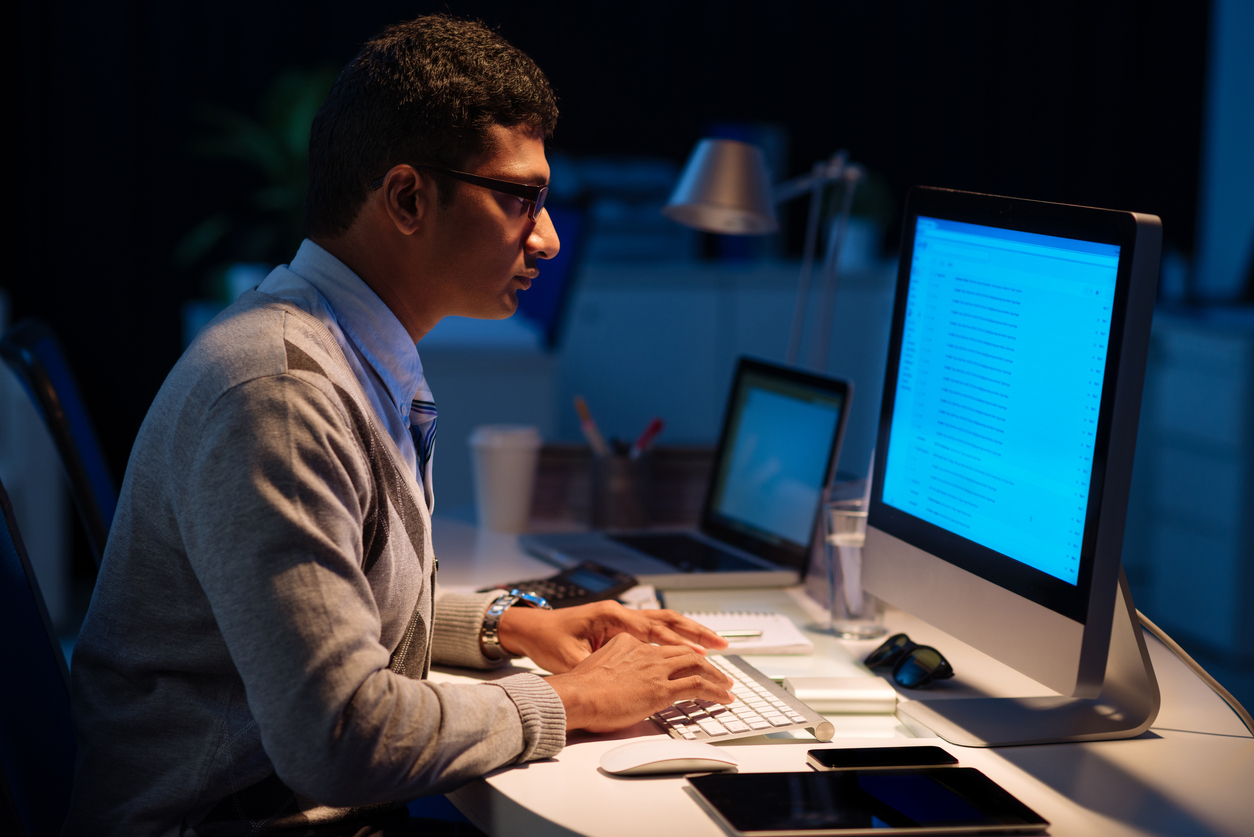 Overall, there were 268,000 IT specialists in the UK from BAME groups in 2019, making up 18 per cent of UK’s IT workforce – much higher than the 12 per cent representation in the country’s total workforce. (Photo: iStock)
Follow Us

INFORMATION TECHNOLOGY professionals from black, Asian and minority ethnic backgrounds are less likely to be in top positions than their white peers – “despite being better qualified”, a new study has found.

Research by the charity British Computer Society found that only 9 per cent of BAME IT specialists were directors, and 32 per cent of BAME workers described themselves as a manager or supervisor compared with 43 per cent of white workers.

However, the overall percentage of BAME workers in the sector was “relatively high”, the chartered institute for IT noted in its 2020 Diversity Report, which analysed workforce trends using data from the Office for National Statistics (ONS).

BAME workers, the report said, had better qualifications – with almost nine in ten BAME IT specialists holding a degree or HE level qualification (85 per cent) – compared with less than seven in ten (66 per cent) of those from white ethnic groups.

Yet, the report highlighted, they were less likely than their white peers to be in positions of responsibility.

Overall, there were 268,000 IT specialists in the UK from BAME groups in 2019, making up 18 per cent of UK’s IT workforce – much higher than the 12 per cent representation in the country’s total workforce.

While BAME representation in the UK’s total workforce increased by one percentage point over the past five years, there was double the growth in IT sector.

The group’s representation was lowest (at 8 per cent) within the manufacturing industry.

Professionals of Indian ethnicity, at 8 per cent, were almost three times as prominent amongst IT specialists within the workforce as a whole at 3 per cent, the analysis said.

The next most prevalent ethnic groups were from black backgrounds at 2 per cent, and Pakistani and Bangladeshi heritage at 2 per cent.

Furthermore, the BCS analysis said, “BAME IT specialists were much less likely than others to find employment from others already in post – 10 per cent compared with 18 per cent of white IT specialists over the 2015-19 period”.

The study, however, found no evidence of pay disparity among ethnic groups as a whole. “In 2019, BAME IT specialists working as full-time employees were earning the same as IT specialists as a whole – with median hourly rates in each case of £21,” the report said.

Business analysis, and architecture and system designing were the most common career streams among BAME IT specialists. Last year, the report added, about 26 per cent of them were engaged in these streams – where salaries for the most experienced could be over £50,000.

“Conversely, the least common role was that of web designer, which though associated with top salaries in the region of £40, 000, was held by only 9 per cent of BAME IT specialists,” the BCS said.

Dr Sam De Silva, technology partner at international law firm CMS and a member of the BCS Society Board, said there was “still a long way to go before there is greater diversity in the IT sector”, adding that more measures were needed “to encourage people from groups that are currently marginalised to take up a career in this sector”.

“It is extremely disappointing to see that…  people from BAME backgrounds are likely to be more qualified than their white counterparts, but less likely to be in positions of responsibility,” he said. “However, it is positive to see that there is no evidence of a pay gap between the different ethnic groups.”

De Silva called for a “more inclusive recruitment approach”, adding that IT sector should be “fully representative of all communities in order to truly serve all of society”.

“This,” he added, “is particularly important for the development of new technology, such as AI where things like bias have the potential to lead to unfortunate outcomes.”