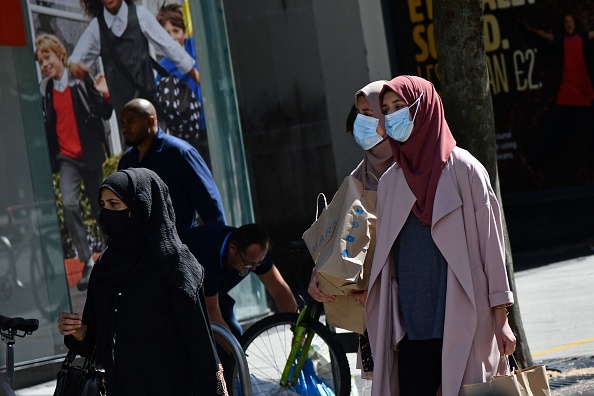 Representative image by JUSTIN TALLIS/AFP via Getty Images)
Follow Us

PREGNANT women in Black and Asian minority communities are most hesitant towards the Covid vaccine, claimed a medic, as hospitals across Birmingham continue to swell with Covid-contracted unvaccinated pregnant women with many requiring intensive care and premature emergency surgeries.

About 30 pregnant women have been admitted in Birmingham City Hospital’s intensive care since April, reports said, adding that all of them were unvaccinated.

Three mums-to-be are currently fighting for life in Birmingham City Hospital’s critical care units, Birmingham Live reported on Wednesday (4), while in one case a baby has to be delivered recently by a Caesarean surgery and is in neonatal care while the mum is still battling the virus.

In all, more than 800 pregnant women reportedly have been hospitalised across Birmingham and the Black Country after contracting Covid-19 in the last three months. In many cases, emergency surgery has to be conducted to save the mum’s life.

“We understand women are nervous but it is absolutely vital they come forward for their vaccines,” Dr Sarbjit Clare from Birmingham City Hospital told the media outlet, adding that many women are still in the hospital’s intensive care unit and battling for their lives.

The medic emphasised that the pro-vaccine message is still not reaching minority communities, adding that they are “trying, with the help of respected people in those communities, to get the message through”.

Claiming that pregnant women in Black and Asian minority communities are most hesitant towards Covid vaccine,  Sandwell and West Birmingham Hospitals NHS Trust’s director of midwifery Helen Hurst told the media outlet that plans are now being drawn to offer Covid jabs during antenatal appointments to try to get more women to take them up.

Birmingham’s case rate is now at around 322 per 100,000 people, down from a high of well over 400 two weeks ago, but still has some pockets of high infection across the city.

Despite a huge push, there are about 330,000 adults yet to take up their first vaccine offer, and around half of the adult population is not yet fully vaccinated, the report said.

Calling all the unvaccinated pregnant women to get the Covid jabs, Hurst said that “initial messages about whether and when to take the Covid vaccine if pregnant certainly caused confusion”.

“But now hundreds of thousands of pregnant women have had the vaccines and the minuscule risks just do not compare. It is the best option for mums and their babies,” she said.