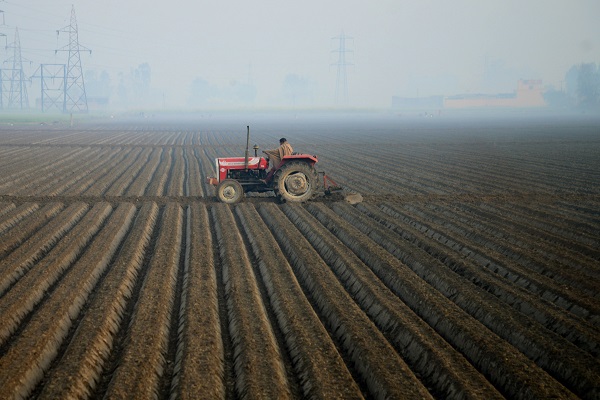 ADB Chief Economist Yasuyuki Sawada said: “India will remain as one of the fastest-growing economies in the world this year and next year as the government continues to implement policy reforms and interventions to strengthen economic fundamentals” (Photo: SHAMMI MEHRA/AFP/Getty Images).

THE Asian Development Bank (ADB) has revised its outlook for India’s economy, with growth now expected at 6.5 per cent in the financial year (FY) 2019.

In an update released today (25) of its flagship economic publication, Asian Development Outlook (ADO) 2019, ADB said proactive policy interventions along with a recovery in domestic demand and investments will likely see the economy pick up in the financial year (FY) 2020, growing by 7.2 per cent.

The latest revision came following weaker expansion in the first quarter of the year with slower growth in consumption and investment affecting the manufacturing and service sectors.

ADB Chief Economist Yasuyuki Sawada said: “India will remain one of the fastest-growing economies in the world this year and next year, as the government continues to implement policy reforms and interventions to strengthen economic fundamentals.”

Bank recapitalisation, support measures for non-banking financial companies, and cuts in monetary policy rates should improve the health of the financial sector while increasing the credit flow to industry and infrastructure projects.

Other measures, such as tax relief for low-income taxpayers and reduced loan interest rates are expected to boost rural and urban consumption across the country.

Fast-tracking of goods and services tax refunds should provide an impetus to small- and medium-sized firms that have been constrained by a shortage of working capital. The implementation of these measures will brighten prospects for India’s economy in FY2020.

Risks remain tilted to the downside given the weak global economy and, on the domestic front, there will be a lag between growth-enhancing measures and the impact on demand.

Indian exports are likely to be hit by subdued overseas demand and rising trade tensions, and the current account deficit will be 2.2 per cent in FY2019 and 2.5 per cent in FY2020.

Foreign direct investment could get a boost in FY2019 and FY2020 as the trade tensions between the US and China may push some businesses to move part of their operations to India.

To capitalise on this, the government would do well to improve investment climate and further liberalise investment regulations, the report says.

Inflation will begin for FY2019 and FY2020 at 3.5 per cent and 4 per cent, respectively, both within the central bank target range, as food prices remain stable.

Parineeti Chopra to reunite with Ribhu Dasgupta for a thriller?