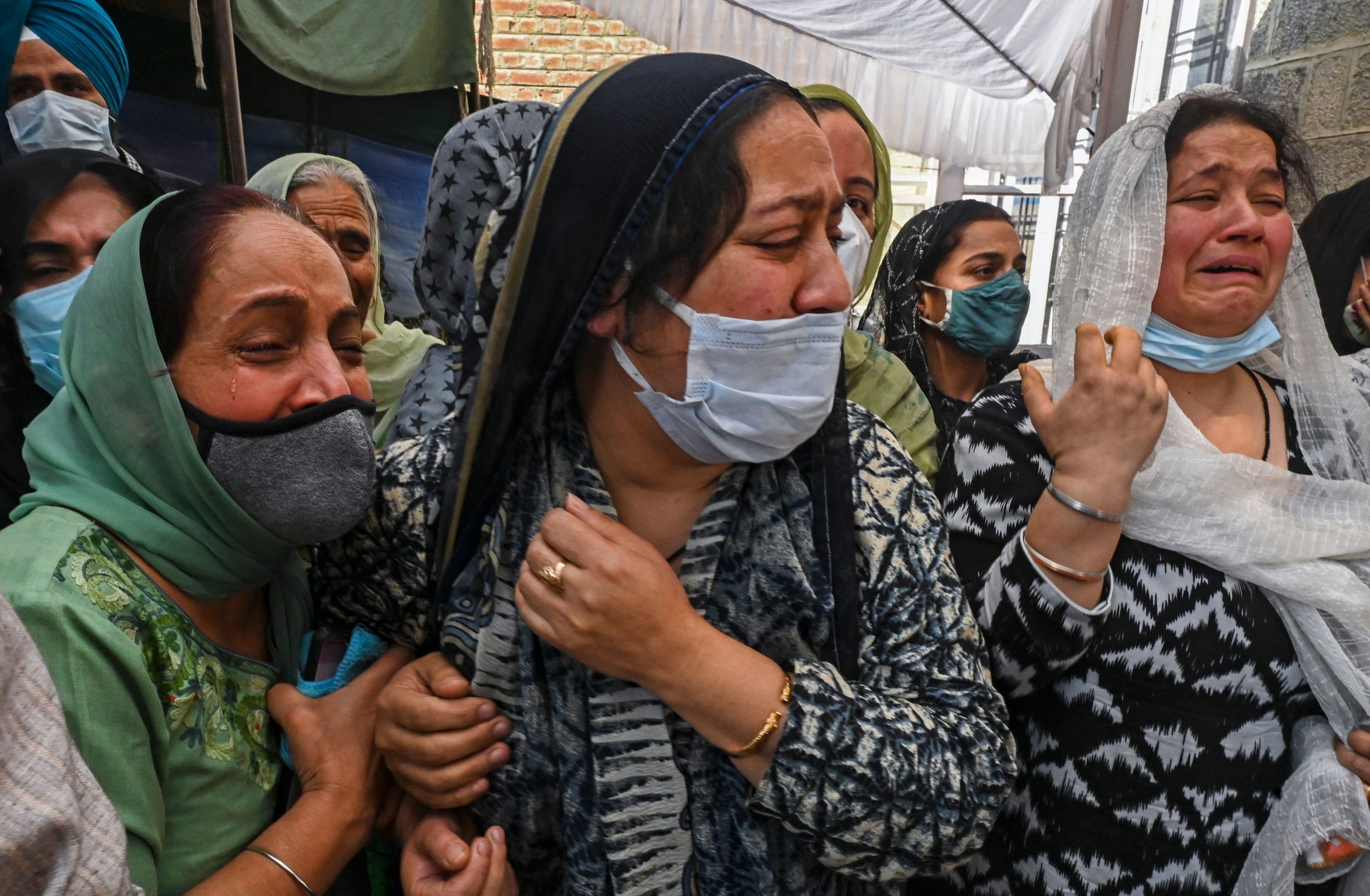 Hundreds of Sikhs in Indian-administered Kashmir marched on Friday at the funeral of a teacher from the minority group killed by suspected anti-Indian militants along with a member of the region’s Hindu community.

Supinder Kour, 46, was shot dead with colleague Deepak Chand in their school on Thursday, the third in a series of attacks claimed by the Resistance Front (TRF) rebel group this week that have left seven civilians dead.

The killings in the restive territory drew wide condemnation from residents in Kashmir and across India as well as politicians from all sides.

Angry members of the Sikh community carried Kour’s body wrapped in a white shroud along a main street in Srinagar, shouting religious slogans and demanding justice.

They were joined by a handful of Muslim residents, who form the majority in the region. Sikhs make up around two percent.

Officials say 28 civilians, including two labourers, have been killed by anti-India militants this year so far, 21 of them Muslims.

Many residents say the condemnations for civilian killings are selective and often tied to the victims’ religion.

On Thursday a resident was shot dead by security forces when his car failed to stop at a checkpoint in southern Kashmir valley, police said.

The rebel group TRF in its statements accused the seven who were killed of working as “occupier mercenary forces and occupier stooges”, warning that those in the employ of the Indian security forces would not be spared.

“These teachers had on 15 August harassed and warned the parents with dire consequences if any student didn’t attend the occupier regime’s 15th August filthy (sic) function at their school,” said the latest statement issued in English language by TRF on Thursday, referring to celebrations for India’s independence day in schools across the disputed territory.

Ahead of the national day, orders issued by the local government asked thousands of teachers to organise events around the national flag in a bid to root out deep-running anti-Indian sentiment in the region.

Kashmir has been divided between India and Pakistan since their independence in 1947, with both claiming the Himalayan region in full.

For over three decades rebel groups have been fighting Indian soldiers, demanding independence for Kashmir or its merger with Pakistan.

Tens of thousands of civilians, soldiers and rebels have died in the fighting.

The region has been subjected to a legislative blitz since August 2019, when New Delhi scrapped its semi-autonomy, applying new laws and scrapping others, sparking a new wave of semiring anger.