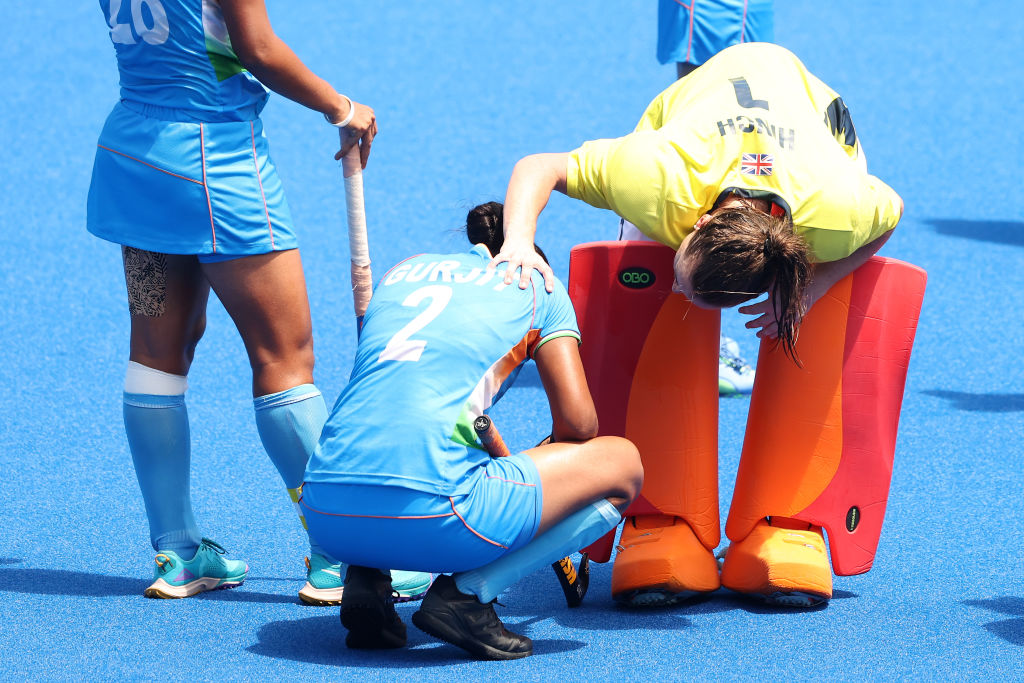 THE world is divided between the haves and have nots by the availability of Covid vaccines, but even more dramatically by the Olympics.

Every four years we witness a dispiriting occasion – the ritual humiliation of the vast majority of countries.

Is there a case for scrapping the Olympics? More than 11,000 athletes from 206 countries are taking part in the Tokyo Olympics. At the time of writing, the top 10 countries – China, US, Japan, Australia, ROC (Russian Olympic Committee), Great Britain (32 medals, including 10 gold, 10 silver, and 12 bronze), France, South Korea, Italy and Netherlands – have hoovered up 331 medals, including 115 gold.

What is absurd is that 123 countries, including Pakistan, have nothing. Bangladesh, with a population of 163 million, is the most populous country never to have won a medal.

How come India with a population of 1.4 billion has so far managed to win only one silver (Mirabai Chanu in 49kg weightlifting) and one bronze (PV Sindhu in badminton)?

The usual explanations are given about how years of investment and dedicated training lie behind Olympic success. The bad feature of the Olympics is that they make most of the world feel inferior. To be sure, there isn’t a north-south divide.

Jamaica, a Caribbean island with a population of fewer than three million, has produced a succession of superfast athletes, including Usain Bolt.

The real purpose of the Olympics is to allow for nationalistic exultation and a few countries to feel good at the expense of their fellow human beings. In swimming, there is no way that Indian women, who are five feet tall, can compete against long-limbed six-footers who have won the race at the very start.

It cannot be said of the Olympics that it is the taking part that is important. The results cannot be fudged. Either you win, or, as is the case with most of the world, you lose. The real purpose of the Olympics is to humiliate a vast majority of the human race. It shouldn’t be scrapped, of course, but what has equestrian dressage got to do with India, Pakistan or Bangladesh?

Whittaker steps down as Doctor Who

ONE of the best episodes of Doctor Who was Demons of the Punjab when the Tardis landed in Punjab in the throes of Partition in 1947.

This secured the writer Vinay Patel an Arts Culture Theatre Award (ACTA) for best scriptwriter from Eastern Eye in 2019.

Another memorable episode was Rosa, which took Doctor Who to Alabama in the US in 1955 when a black woman, Rosa Parks, was not allowed to sit alongside whites on a public bus.

Jodie Whittaker, the 13th Doctor Who and the first woman to take on the role, has confirmed she will step down in autumn next year. She has been called “woke” in some quarters, presumably because of the anti-racist content of some of the storylines.

In Demons of the Punjab, Doctor Who did not reverse Partition. The horrific-looking monsters stalking the land – the “Vajarians” were once notorious for being the worst assassins in the universe – were not the real demons in this tale, though. That role was taken by ordinary Hindus and Muslims seized by a blood lust after villages and communities, where people had lived harmoniously for a thousand years, were divided overnight by the imposition of the Radcliffe line.

Yasmin’s family was caught up in the holocaust. Though the tale was set ostensibly in 1947, more perceptive viewers realised Patel was warning really about the hate and intolerance disfiguring sections of contemporary Indian society.

Incidentally, one novel I want to read is Sunjeev Sahota’s novel, China Room, which is also set in Punjab and goes backwards and forwards in time. It has just  made the Booker longlist. This is a matter of personal choice, but Whittaker seemed to me to be the best Dr Who we have had in recent decades. Shesomehow seemed more “human” and likable. I have decided I am not going to warm to the next Dr Who.

Incidentally, it is worth remembering that when the science fiction series launched in 1963, no one wanted to touch it, with the result the first seven episodes were directed by Waris Hussein, a young Indian fresh out of Cambridge.

LORD ASHCROFT, a former deputy chairman of the Conservative Party, produces a biography a year. I thought his book on the chancellor, Going for Broke: The Rise of Rishi Sunak, was excellent.

Having just published Red Knight, a biography of the Labour leader, Sir Keir
Starmer, he said: “I am pleased to announce that my next project will be abook about Carrie Johnson.

Carrie has interested me for some time. Many people know her as Boris Johnson’s wife, but her influence developed long before she moved into 10  Downing Street via her work over the last decade within the Conservative Party and also through the posts she has held working for government ministers.

“Aside from politics, she has campaigned in the fields of the environment and animal rights, both of which are areas of great interest to me.

As with all of my political biographies, this project will be independent, objective, open-minded, fair, factual and even-handed.

He adds: “I anticipate Carrie Johnson being every bit as intriguing and rewarding a subject. I expect this book to be published early in 2022.”

Carrie is a good choice. No doubt Ashcroft has spoken to Dominic Cummings to get an unbiased background briefing on the prime minister’s wife.

ON A recommendation from a friend, Theo Woodham-Smith, who promotes the arts, I have just bought Garlic and Sapphires by Ruth Reichl.

As food critic of The New York Times, she would don disguises and write withering reviews when she was allocated the worst table and received poor service. Of course, as herself she received cossetted treatment.

In London, it is the practice for Bollywood stars to be champion free loaders at Indian restaurants – “next time you allow me to pay.”

Wisdom in black and white

AT Tesco, I dithered. Should I or shouldn’t I? In the end, I bought a tube of toothpaste – Charcoal White. The name sounds contradictory but the toothpaste contains “charcoal powder”.

Back in Patna, I remember the servants used bits of coalfrom the choola (clay  oven) to rub on their teeth, which were sparkling. Others would use twigs from the neem tree, whose sap has medicinal properties. There is a lot of wisdom in old India.

YOUNG people, aged 18-29, are to be offered free pizza to encourage them to take up the Covid vaccine if they are among the third who haven’t done so. But what if you don’t like pizza? I think there might be a greater take-up if the choice of bribe could be extended to, say, biryani or mango kulfi?

Scammers up their game

BARCLAYS have just replaced my debit card which was valid from 9/20 to 9/25. Apparently, they found an “issue” with it.

Separately, I have had an email warning me “scammers have upped their game.They’re now impersonating banks, retailers, and official organisations using emails and texts that look and sound much more professional.

They can catch anyone out –even the experts.” It is worth passing their message on.