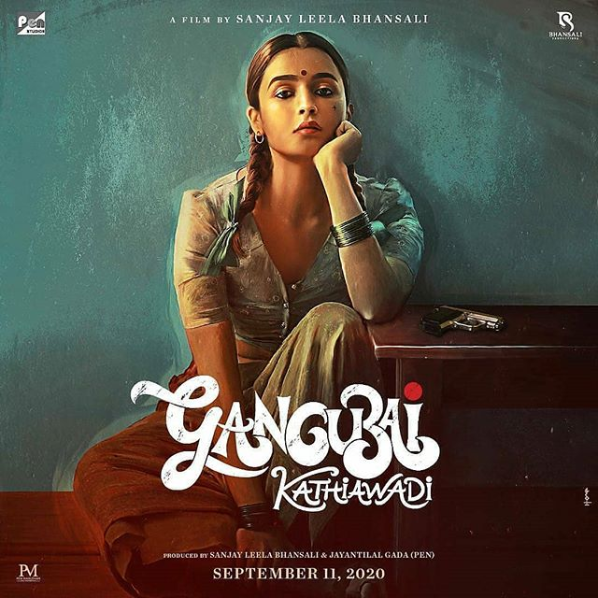 Well, the makers of the film have released two posters. While one gives us a glimpse of the young Gangubai and the second one shows a matured Gangubai. In both the posters, Alia is looking very convincing and we must say that she has gone into the skin of the character. It clearly looks like one of the most challenging characters the actress has played on the big screen.

The Sanjay Leela Bhansali directorial is based on the book Mafia Queens Of Mumbai written by Hussain Zaidi. The film is slated to hit the screens on 11th September 2020.

At a very early age, Gangubai was sold in a red-light area by her boyfriend. After being a prostitute in her early days, she later became the owner of the brothel and then started having connections in the underworld.

There have been reports that Ajay Devgn will be seen as Karim Lala in the film. But his character will be an extended cameo. However, the makers have not yet officially announced Ajay’s casting in the film. Ajay and Sanjay Leela Bhansali have worked together earlier in Hum Dil De Chuke Sanam.