Afghanistan’s President Ashraf Ghani said on Thursday that Pakistan continued to give sanctuary to an insurgent group that helps the Taliban in its war against Kabul and the United States, directly contradicting an earlier statement by Pakistan’s prime minister.

On Wednesday, prime minister Imran Khan of Pakistan told reporters at the annual World Economic Forum in Davos, Switzerland, that the Haqqani network, which the United States has designated as a terrorist group, had no activities or bases in Pakistan.

“And you believed him?” Ghani, also at Davos, asked on Thursday. “One can also say that the earth does not revolve around the sun.”

“This is a denial that is not helpful. We need to engage in a constructive engagement where the special relation between the Taliban and Pakistan ends. It is good for both countries and it is good for the region and the world.”

Ghani also said that talks between the United States and the Taliban showed few signs of progress.

Afghanistan has long said it wants a full ceasefire before Kabul will join the talks.

“The outcome the public seeks is an end to violence,” he said. “We want to see that the Taliban accepts a political process.”

Ghani, who has led Afghanistan for six years, said that there was no chance the country would collapse when the United States withdraws its troops, as President Donald Trump has promised to do.

Violence in Afghanistan has increased in the past three years. But Ghani said his country’s military forces are stronger than they were.

“The majority of the world thought we would collapse (following the withdrawal of 100,000 NATO troops in 2014),” he said. “Our military forces will not collapse.”

“The capacity to uphold the state has been created.”

While Afghanistan has seen four decades of conflict, the president said the country’s biggest challenge was the environment.

“The elephant in the room is the environment, even more than conflict,” Ghani said.

Warning that global warming, access to clean water and other environmental threats could push hundreds of millions around the world back into poverty, Ghani urged a regional approach to tackling climate change and said the environment could unite South Asia much as the community of steel and coal did Europe.

“Everybody is responsible (for dealing with climate change),” he said. “Nobody is innocent.” 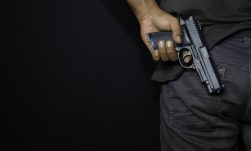 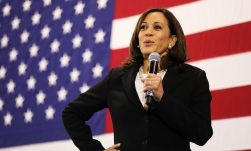 US Elections
'We do have two systems of justice in America': Kamala Harris 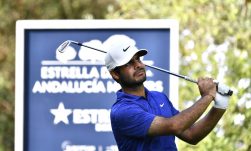 Adhyayan Suman: I used to go to these A-lister parties where drug was the cool thing to have