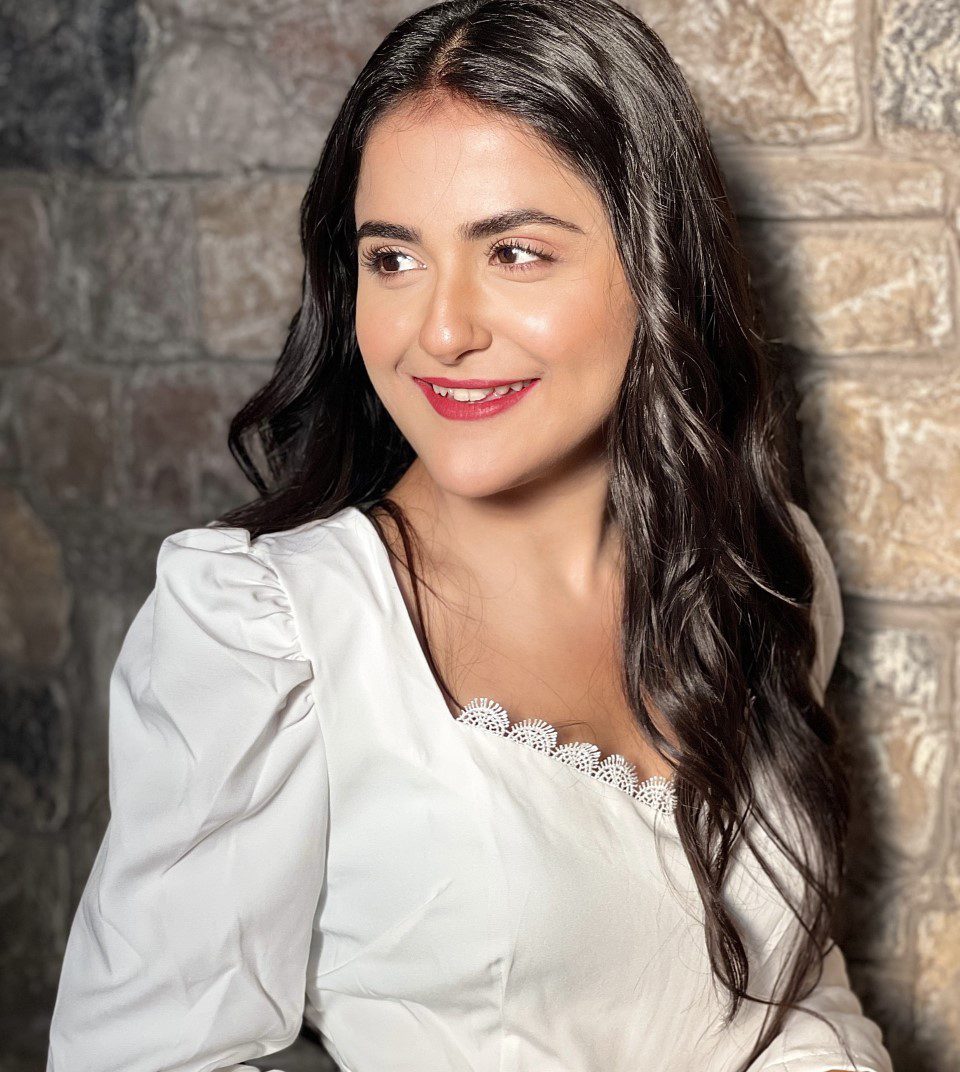 ONE of this year’s biggest success stories has been the rise of talented actress Debattama Saha.

Her star-making turn in hit TV drama Shaurya Aur Anokhi Ki Kahani made such an impact that it has got her a huge following and fans flooding social media with demands for a second season. The accomplished singer has also just released her brilliant song Jo Tera Howega, showing there likely isn’t a frontline film or TV actress with a voice as stunning as hers. The hot-right-now star has multiple avenues open to her, and there is excitement about what she will do next.

After the most fan requests this year for an interview with her, Eastern Eye caught up with Debattama to discuss her Shaurya Aur Anokhi Ki Kahani success, future hopes, inspirations, biggest hero and interesting dream role.

How do you look back on your acting journey and the work you have done?

It has been difficult, but it has been worth it. Whatever struggle I have been through is quite similar to Anokhi’s journey, where she left her home town and had to fight for her dreams, and convince everyone, including her father.

What’s the biggest lesson this journey has taught you?

It is to never give up. You know, at times I was tired and felt that I should give up, including just before getting this show. But then ultimately something happened.
I had even asked my mom to book my tickets home, but I still went for auditions and somewhere there was this hope inside me. I didn’t actually want to give up, even though I was thinking about it. And I ultimately didn’t. I just kept on doing what I wanted to and now I am finally going ahead.

Why do you think people connected so strongly with your character in Shaurya Aur Anokhi Ki Kahani?

You know, when you [as an actor] connect to a character so much, it doesn’t seem like you are acting any more. You feel like that’s your own story, you feel like that’s your own character somehow. So maybe people saw that and felt what I felt, while I was acting. I feel that I wasn’t acting, but actually feeling and doing. So, when you feel something, you know that people will connect with you. That’s what I feel. 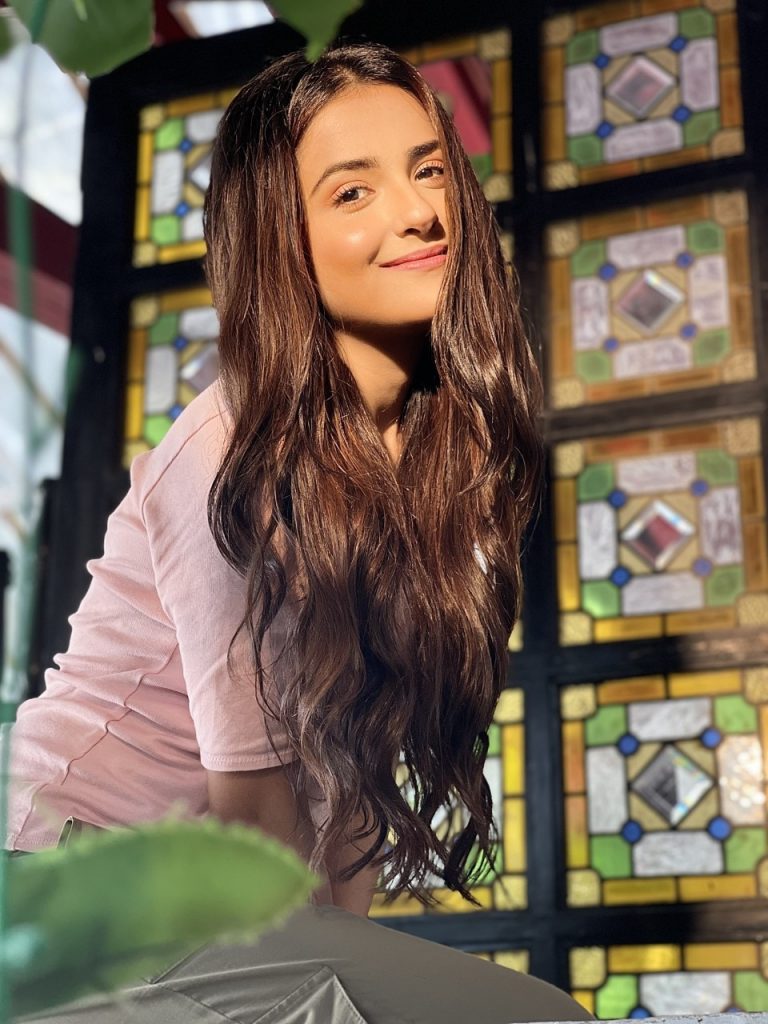 So is that the reason the show became so popular?

I guess because of the bond between the lead characters maybe, and also the strong story that brought up important issues, which were relatable and felt very normal for most people. No one would speak up regarding such matters, but Anokhi always did. She was very blunt and honest about certain rituals which seemed to be very common in India and spoke up to question all such stuff. So, girls mostly connected to her. I got to know a lot of news where girls actually fought for their own rights after watching the serial. So that was the biggest thing as an actor that I could get and a great gift from fans, that they actually connected to it.

How much does it mean to you that even after the show has ended, people are still flooding social media and demanding a second season, and constantly discussing it?

I feel absolutely blessed to be a part of Shaurya Aur Anokhi Ki Kahani because it has changed my life. The love I got from people is immense. I always keep thanking them all the time and feel grateful. It means a lot to me and the best thing that I can get, I feel.

All your fans want to know what you will do next?

Well, I have been trying out a couple of things I’m planning to do, including music videos. I have started up my own YouTube channel. I’ll be singing and uploading my original songs, which I had been planning for years now. So, finally I’m going to start doing that.
I also have one web series that I’m planning to do, and the shooting for that is gonna start in November.

(Laughs) You know, I like to be a rebel. Have you watched Hansel & Gretel? That kind of thing where they use guns and everything – the rebel girl kind of thing with guns and shooting. I would love to play such a character, where she’s fearless, righteous and a strong-willed leader. I don’t know how to fully explain this cool kind of girl, but I have it in my mind.

What keeps you motivated and picks you up on days when you’re feeling down?

There are so many things so I can’t just say one. I look up to my mom, who has given up a lot of things in her life just to see me shine. My sister keeps motivating me, as do my family and friends. I have good friends who never let me down – like on some days when I feel bad, they motivate me. Also, the love from fans keeps me going – on days when I feel like I should take a break or something, they keep me motivated and inspired. In addition, there’s something in me – even if I say, ‘ok I’m done’, that something inside pulls me up. I say to myself, ‘You will and you can, and just go ahead, and give the best you have to give.’

You have become a strong symbol of girl power, but who is your hero?

My mom. I have seen her struggle, so I’m blessed to be my mother’s daughter. It’s impossible for me to explain what she has done for me. If I am being Anokhi or Debattama, it’s because of what my mom has given to me and her struggle. This is what keeps motivating me. You know, I get emotional when it comes to her because I have seen everything. I have seen every truth since I was a kid. So maybe most things I acquired very young is thanks to her.
Later my father started boosting me up. (Laughs) That was very shocking for me. He never opposed my ambitions, but when he saw I was actually doing something, he started supporting mom and me. Mom kept going on and did what she had to, so yeah, she’s my hero.

If you could master something new what would it be?

I would like to know how to handle guns, horse riding, bows and arrows. I don’t know why. (Laughs) I feel that I’m a warrior. I don’t know, I have this thing where I feel like I was something like a warrior in a past life. Guns, bows, arrows, horse riding, I love all that stuff. The spark in a warrior queen’s eyes, leadership qualities and fighting for what is right. I feel good even when I talk about it.

Everyone loves your voice. Will you pursue singing on a bigger level?

Yes, I’m not sure about how yet, but I’m having conversations with people who are willing to take me in movies. Now let’s see because I haven’t been confirmed yet. But yes, I would like to sing for movies and am planning to do so. I am also talking to bigger music labels. I’m just trying out on a bigger scale, so let’s hope for the best. I have lots of things going on but unless it is confirmed I can’t obviously spread the news, so I’m just staying mum.

What are your passions away from acting and singing?

I love dancing. I don’t know if people know or not, but I have been a dancer my whole life. I was a dancer first, then a singer and then an actor. This is how it went. So, I would like to be a dancer and perform. Apart from that I can be a good fashion designer, I feel.

Why do you love being an actress?

The funniest part is that I never planned to be one, yet I had that desire. I had a secret diary and wrote that I wanted to be a singer and code for actress, but never said it loud to anyone. I remember copying Kangana Ranaut’s Tanu Weds Manu character when I came home from school, and liked making my mom laugh, but never thought of acting. But somehow acting pulled me in and my mom encouraged me to audition because I was good at expressions. I used to be the lead dancer in my school and did many shows. I was only dancing at that point of time. I never thought of acting as such, but mom encouraged me to audition. I was studying and got selected.

After my first audition, acting pulled me in. Initially I was not even afraid of the camera. Somehow you dream of becoming a singer, but ultimately become an actress and never expected it. But now I’m in love with acting as well and can’t think about leaving it. This has become one of the best parts of my life.

Your support is phenomenal. How much do your fans mean to you?

I am absolutely grateful to them. I am blessed to have such fans you know, rooting for me and supporting me all the time. I actually don’t have much to say because all the time, I thank them and can’t thank them enough. What they are doing for me is something I could have never imagined, so it’s kind of overwhelming sometimes.

I never thought that I would get so much support. But this is what I wanted, and what every actor would want. I’m blessed to be a part of such fandom. I’m blessed to have them in my life.